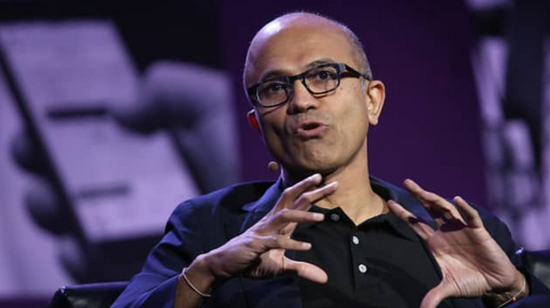 In 2022, Microsoft will reportedly launch the so-called "Office New Business Experience" product program, which is an optimized upgrade to the program that companies purchase software through Microsoft reseller partners. Microsoft has yet to announce future price changes for software products, but some Microsoft partners have been notified that Office Enterprise users will face a 20 percent increase if they pay a monthly fee, unless they switch to annual paid members.

For Microsoft, being able to lock companies into longer-term membership contracts means greater predictability of future revenue without worrying about user churn, which is a key factor in the software membership business model. In general, software developers offer higher price discounts for annual members than monthly paying users, and many large companies prefer annual membership.

However, in the face of today's new crown epidemic challenges, some small and medium-sized enterprises are willing to pay monthly, keep as much cash as possible. Microsoft's changes will disappoint them.

It should be noted that in August, Microsoft just raised the price of a price called "Microsoft 365", or Office 365 as it is known.

Corporate revenue is the main

At present, Microsoft's development situation is good. Microsoft's shares are up 46 percent from the start of the year, with a capital market capitalization of more than $2.4 trillion. In the past two quarters, Microsoft's revenue growth has been more than 20%.

Rob Schenk, co-founder of Intivix, Microsoft's partner in the San Francisco Bay Area, told the press that he had informed corporate customers of the company's 20 percent monthly membership price increase, and that the response from corporate customers had varied, with some saying they did not like Microsoft's new policy at all.

For third-party distribution partners like Intivix, raising prices is hard to come by because they act as "messengers" between Microsoft and corporate users.

Shenke said that in terms of monthly membership price increases, Microsoft lack of clear information, which leads to difficult communication with enterprise users.

According to an internal Microsoft document obtained by the media, Microsoft will still leave the full software membership fee if the company switches to annual membership and wants to opt out midway through.

Microsoft's reseller partners have rebounded on many online forums, such as Reddit, a well-known forum, where 1,400 people have signed up against Microsoft's monthly membership price hikes.

According to a source familiar with Microsoft's inner workings, the backlash has led to frequent recent communication talks between the company and its distribution partners.

A Microsoft spokesman said by email that the company offers flexible software purchase options to meet the different needs of corporate customers, though it would not publicly discuss pricing policies that affect reseller partners.

Microsoft officially doesn't officially sell monthly members of Office 365, but in practice, businesses can still pay monthly and increase or decrease the number of employee users as needed, according to resellers. During the new crown outbreak, market demand decreased and some companies made layoffs, so it was important to adjust the pay-per-person policy flexibly.

George Hammerschmidt, executive vice president of Norteec Communications, Microsoft's washington dealer partner, said it was worse for companies to be unable to reduce the size of their software membership (the number of employees) than to increase prices. ”

Microsoft was reportedly due to launch a "new business experience plan" in October, but postponed it until early next year. Microsoft announced in an official blog post that from March next year, new software membership orders must pass through the New Business Experience Program, and membership renewals will switch to the program starting in July.

In addition, from January to June next year, Microsoft will continue to maintain the current price for monthly and annual members, after which prices will be raised.

In August, Microsoft publicly announced a price increase. Starting next March, Microsoft 365 software package members will increase their prices by 8.5% to 20% (based on the price per employee user) depending on the tier. At the time, Microsoft said it was the first substantial price adjustment since Office 365 was introduced a decade ago. Microsoft also stressed that the new software package includes more employee collaboration, security and automation tools.

UpperEdge, a US consultancy, usually helps corporate customers negotiate more discounts from companies such as Microsoft, Salesforce and ServiceNow.

Adam Mansfield, the company's executive, told the media that Microsoft's price hike in August was unwelcome bad news for some companies.

In Microsoft's view, even if the price increases, corporate users will continue to buy members. One reason is that there are few competitors, and only Google's Workspace package, formerly known as the G-package, poses a real threat.

"Companies that use Google packages today are either very price-sensitive or very small, " says Mr Hammerschmidt, a dealer. ”

Mr Mansfield said Microsoft, which is rising in price, would face the potential worry that some dissatisfied corporate customers would look for other cloud service providers if there were big projects in the future. In the cloud computing market, Microsoft lags significantly behind Amazon, and Google is investing heavily in new customers.

Related news
New office suite choice WPS Office for Mac vs. Microsoft Office 2019
German school bans Microsoft Office 365: due to privacy concerns, illegal use
Microsoft stopped the Office 2019 family licensing program: replaced with Office 365 30% off subscription
Microsoft: two new versions of office will be released later this year
Microsoft confirms office 2021 is not out of print
Microsoft forces Office customers to switch to annual subscriptions or increase prices by 20%
Microsoft forces Office customers to switch to annual paid membership: or monthly subscription prices will rise by 20%
Hot news this week
Young people can't change their mobile phones one brother pressure in the channel inventory up to 50 million
Chinese mysterious female rich 560 million buy European luxury homes: the full amount of cash is paid at a time
Criminal gang candid courier list takes the money 8 people to be arrested
Do you make feed after Yi Lord? Zhenghong Technology M & A has mystery
Internal personnel have caused players to contradict? Netease "Yin Yang Shi": Impossible!
The first pop -up shop in the United States opened, Bubble Mart opened the North American expansion plan
The goose factory is finally making a move on the metasverse?
Big news! The police report henan village banks can not withdraw cash case, has captured a number of suspects
With this charging treasure that can legal "stealing electricity", I don’t worry about the mobile phone out of power
Tesla has lost nearly $600 million after the richest Chinese lost 89% of his net worth in the bitcoin crash
The most popular news this week
Huawei's mid-range phone Nova Y90 has been released overseas and will soon be available in China
The new MacBook Pro 13 -inch is now available at the Apple Store retail store
The largest professional wholesale market was granted an Internet payment license, and 449 million yuan became the actual controller of Fastlink
Huawei's Nova 10 Pro appears on Geekbench powered by Qualcomm Snapdragon 778G 4G
Apple updates the subscription management interface on the iPhone: the larger distance display is more detailed
Apple says its employees have reproductive health benefits but has been asked by lawmakers to investigate
The iOS 16 upgrade is no longer supported on the iPhone 6s
Apple M2 version of MacBook AIR July Sale: Magsafe Return
Activision Blizzard CEO Bobby Kotick kept his seat on the board
Apple's best-selling product is getting an update! New AirPods Pro Exposure: Heart rate monitoring, USB-C support