Great Wall Euler was named by CCTV because of the chip problem, and the matter has not been dealt with for more than a month 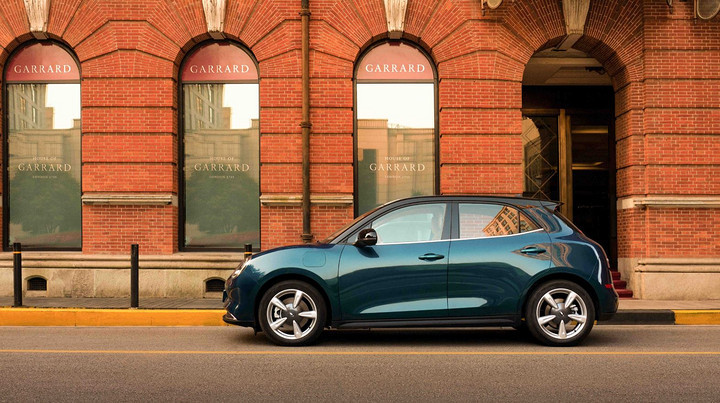 Li Kui and Li GUI are all named Li, but they are not a family.

According to CCTV Finance, many Consumers in Shanghai have encountered the problem of olahao Cat secretly replacing its chips. Some of the first olahao cat users said they found the chips in their cars were not Qualcomm chips, but a quad-core chip made by Intel.

In the "core change door", the Qualcomm 8-core high-performance processor advertised by Olaolaolao is the Qualcomm 8155 chip with ARM architecture, which can normally install third-party software, while the actual Intel 4-core A3940 chip was released in 2016, which is based on X86 architecture, with relatively backward performance and poor compatibility. It cannot support the operation of software systems with high hardware requirements.

In addition, the GPU module of the vehicle system is the HD500 series GPU chip supporting "IntelAtomx5a3940", not the "qualcomm QualcommAdreno 640GPU" chip in the official configuration description.

In response, Dong Yudong, general manager of Euler Motors, said, "For the problem of Euler Good cat chip to the majority of users, we are deeply sorry," promising to seriously investigate the context, properly handle relevant matters, to give consumers a satisfactory answer. The person in charge of Euler automobile said that the incident is being actively dealt with, and we appreciate the supervision and support of users and all walks of life, but the brand side did not give a specific solution.

For the propaganda and actual delivery is far from the situation, some "Euler Good cat" owners said in a community response: will give the owner of the rights and interests package worth 7,200 yuan, but most owners said it is difficult to accept.

In fact, before the CCTV financial report, The "core door" of Euler car has been ferment for more than a month. In early November, some owners pointed out the problem, but after fruitless negotiation, the problem owners have formed groups to protect their rights and centralized complaints on various platforms. At that time, many owners were officially banned and blocked on Euler App. There are also a number of owners reported that they received phone calls from THE 4S shop, and the sales require the owners to withdraw the lawsuit first before they will give compensation, but did not explain the compensation content.

According to the above response, "core door" has occurred for more than a month, but there has been no specific treatment plan.

When asked whether "Aulaoco" will carry Qualcomm chips in the future, Dong Yudong responded that the Intelligent service processing platform in the parameter configuration table of "Aulaoco" refers to qualcomm chips used in remote control modules.

Some netizens expressed doubts about this, saying, "At first, it was a car chip, then changed to a communication module, and now it continues to change to a remote module. What will it be next time?"

The chip in the remote control module is a mobile data modem (MDM) device for automotive applications, which plays a role of connecting the sensor end and information service center of the device in vehicle-mounted electronic applications. It has nothing to do with the description of 8-core CPU of the cockpit chip, Adreno 640GPU, vehicle-mounted intelligent platform and coffee intelligent car control system. According to the response, some netizens also pointed out that "Euler's statement is tantamount to admitting the fact that it does not use Qualcomm cockpit chips."

It is understood that Euler is a new energy vehicle brand incubated from a traditional car company in 2018. It is popular among female consumers because of its cute and small design. Its model naming also changed ideas, black cat, white cat, good cat and other cat names out of the circle, positioning is "the world love women's car brand".

Related news
CCTV-7 revised version of the CCTV-7 military agricultural channel changed to the national defense military channel next month
A GREAT SPELLCASTER THAT BRING BACK EX LOVER
A GREAT SPELL CASTER THAT SAVE MY MARRIAGE
GREAT SPELL CASTER THAT BRING BACK EX LOVER
HOW I GOT MY EX BACK WITH THE SPELL OF DR EROMOSE THE GREAT
Hot news this week
The developer of the dating app Tinder has reached an agreement with Google over billing rules for its app store
Still did it! Canada has banned Huawei and ZTE from participating in the country's 5G network on "national security" grounds
Red Elf Lightning erupts in the Himalayas Spectacular Spectacle: Experts Reveal What Exactly Is This?
The founder of the Internet Quick Hand Su Hua was taken away for investigation, and the fast hand responded: the news was not true
Wang Xiang, president of Xiaomi, explained that a shortage of low-end chips is a major challenge in overseas markets
Or for Studio Display Pro, the release of Apple's 27-inch Mini LED-backlit Display has been delayed by October
Tencent Q1: The business service business has "slightly decreased" year -on -year, and resource centralized video cloud and network security | View financial report
One picture to understand! Blue Factory has issued 3 new machines in a row: self-developed chip blessing, the narrowest lower border
Sony released the active noise-canceling headphones WH-1000XM5, equipped with 2 chips and 8 microphones
Tencent established a smart technology company in Chengdu, and its business scope includes Internet data services
The most popular news this week
Xiaomi's first Leica flagship! Xiaomi Mi 12 Ultra's latest appearance map: the screen ratio is amazing
The founder of Xiaopeng Auto! He Xiaopeng uses "Keda Duck" to ask for help online
Not afraid of merchants "first rise and then fall"! 618 Taobao launched a new feature: one-click refund of the price difference
How does the Internet make People Copy each other
Fed Vice Chairman: The future digital dollar may complement the coexistence of stablecoins and commercial bank currencies
ZHANG Pingan, CEO of HUAWEI CLOUD: The value of data governance in China has not been fully tapped Data and AI should be accelerated
Shenzhen Atmosphere! The sales price of mobile phones, computers and other products is subsidized by 15%
Microsoft shows third -party components: Win11 chicken rib function is saved
No need to grab it! Sony announced an increase in PS5 shipments
Audi advertising poster photos only sell for 8 yuan? Photographers question the unreasonable use of the photo purchase