Phoenix Network Division, on December 9, according to media reports, Soft Technology was exposed to large-scale arrears, and promised to reissue wages for employees, but failed to pay as scheduled. However, the company's insiders revealed that HR has already sent an email indicating that additional compensation or option rewards will be given in addition to the reissue wages.

The sky-eyed app shows that Shenzhen Yumei Technology Co., Ltd. was established in May 2012, the registered capital of 360 million yuan, the legal representative and suspected actual control artificial Liu Zhihong, the development of the business, the development of new display technology; electronic products technology development Wait. At present, there are 10 foreign investment in Soft Technology, which is distributed in Beijing, Qingdao and other places. 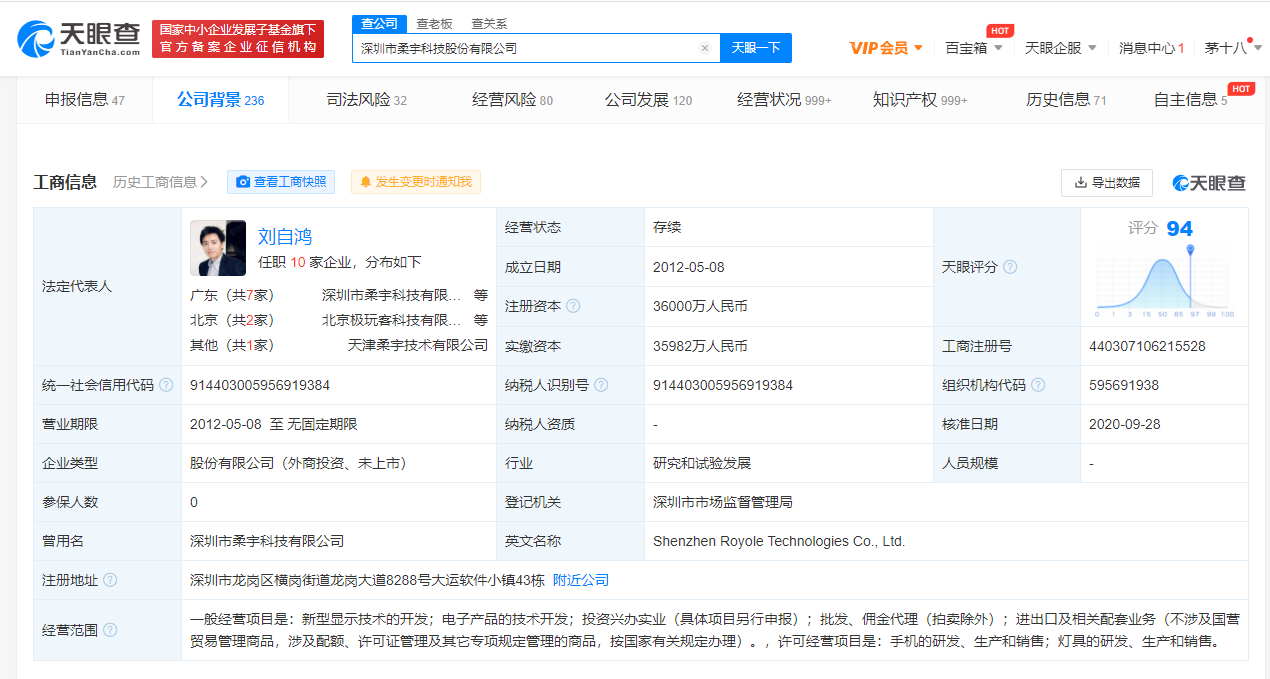 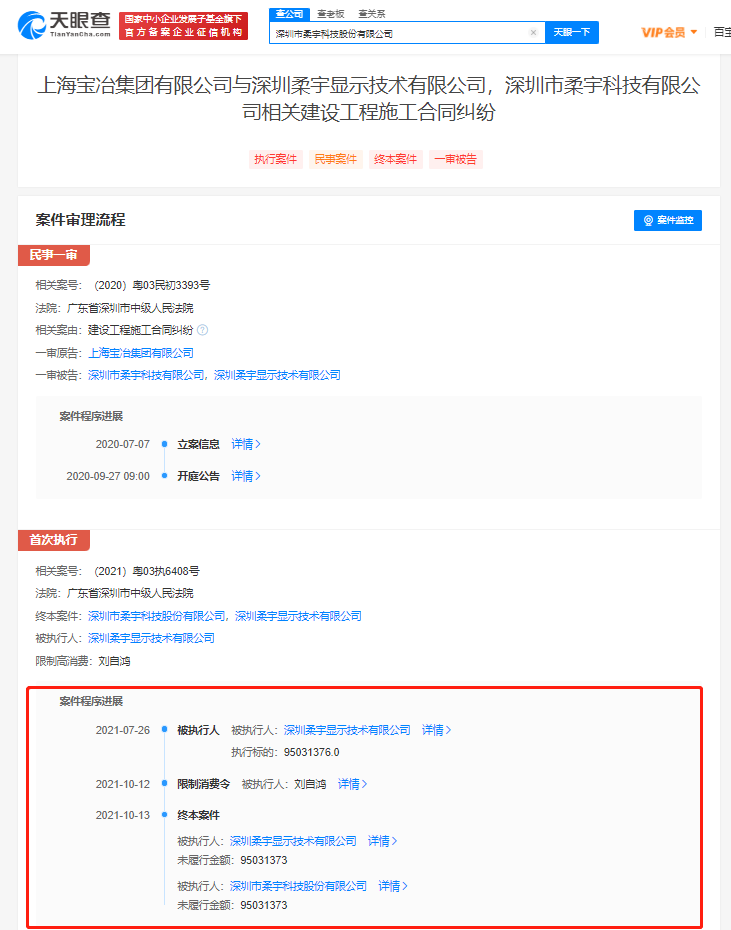 The financing process shows that Soft Technology has won $ 300 million in fen financing in May 2020. In December 2020, Application for IPO financing over 14.4 billion yuan. However, in February 202, Soft Technology withdrew the application. The risk information shows that the company has the final case without performing the amount of 95 million, and Liu Zhihong, the chairman of its chairman, is restricted to high consumption in October this year.

Related news
Gu Geyun's purchase price of cornerstone technology is unknown
Google cloud has acquired cornerstone technology and the price has not been disclosed
Yumei Technology's final case did not perform the amount of more than 95 million chairmans were limited
Hot news this week
Zhao Lijian responded to the British "blocking" Huawei: generalizing the concept of national security harms others and harms themselves
Zhao lijian said the UK's decision to block Huawei under PRESSURE from the US was damaging others and not benefiting itself
Half a billion! Pay treasure collect five blessing to come: exceed 50 thousand people collect qi have you
Behind Microsoft's acquisition of Blizzard: Intended to build a super game carrier, SONY is the most hurt
Behind the exposed layoffs, China has praised the loss growth, and the stock price has fallen 67% in three months.
Mediatek's 40% share topped the mobile SoC market, leading for six consecutive quarters, followed by Qualcomm and Apple
The largest transaction in Microsoft's history! Hao Zhi 436.1 billion cash acquisition moving blizzard
Microsoft's $68.7 billion acquisition of Activision Blizzard became the largest acquisition in the company's history
Huawei applied for the Tianchi trademark again, and the international classification is scientific instruments and website services
Cait: it is not recommended to take quarantine measures directly for travel card users with asterisks
The most popular news this week
7 years! The classic control panel doesn't die: Windows 11 takes another step back
The most comprehensive summary! Apple will release the most equipment in history this year.
Microsoft forced upgrade Windows 10 20H2: It also uses machine learning
VR/AR global invention patent ranking TOP100: Samsung, Tencent, baidu top 3
Good start! China's software business revenue increased by 17.7% to 9,499.4 billion yuan in 2021
Microsoft Surface Pro 8 pushes the January driver update
How hard does the physics teacher work in class? Dismantle your own iPhone and induction cooker for students to see
Huawei applied for the registration of petal series trademarks
Tencent, China Merchants Port established The Port teng Internet technology company, registered capital of 50 million
Xiaomi applying for a Mibao trademark, international classification is a financial property management