China's AI No.1 was pulled into the "blacklist" by the United States for the second time: it is at a critical juncture

On December 10, local time in the United States, the US Treasury Department announced that sensetime Technology, a Chinese intelligent technology manufacturer, would be included in the "list of military-related enterprises". This is also the second time that the United States has suppressed SenseTime after it included SenseTime in the "Entity List" in 2019, with the intention of curbing the development of China's technology industry.

It is worth noting that SenseTime has officially launched a IPO listing in Hong Kong from December 7 to December 10, planning to issue 1.5 billion shares, of which 10% are public offerings and 90% are international offerings, with an offer price ranging from HK$3.85 to HK$3.99, with an estimated fundraising of HK$5.775 billion to HK$5.985 billion, and is expected to be listed in Hong Kong on December 17.

According to the prospectus, 90% of the 1.5 billion Class B shares are international placement shares and the remaining 10% are Hong Kong public offering shares, equivalent to 150 million Class B shares. The indicative offer price ranges from HK$3.85 to HK$3.99 per share. Based on the median offer price of HK$3.92 per offering share, senseTime's net proceeds from the global offering amounted to approximately HK$5,655 million.

According to public information, the part of SenseTime's international placement is equivalent to 1.35 billion class B shares that have been oversubscribed in only half a day, of which 9 cornerstone investors have subscribed for 450 million US dollars, including the mixed ownership reform fund initiated by China Chengtong, Guosheng Overseas Hong Kong, Shanghai Artificial Intelligence Industry Equity Investment Fund, SAIC Hong Kong, GF Fund, Pleiad Fund, WT, Focustar and Hell Ved, with a cornerstone subscription ratio of 60%.

Among them, nearly half of the cornerstone investors are from Shanghai, and most of them have state-owned asset backgrounds. Chen Zijia, an analyst in the artificial intelligence industry at a Hong Kong securities company, said in an interview with The China Times: "There are a number of central enterprises, local state-owned assets to escort, and as a leader in the AI industry, the issue price is not high, so the Hong Kong stock IPO on the 17th next week is expected to be safe."

However, the reason why the issue price is so low may be that in the years since its inception, SenseTime has suffered continuous losses, and from 2018 to the first half of 2021 alone, SenseTime has accumulated losses of more than 24 billion yuan. ”

however At the time when SenseTime went public in Hong Kong, the US Treasury Department included SenseTime in the "list of military-related enterprises", which will directly restrict U.S. investors from investing in SenseTime, and cannot trade SenseTime's shares in the market. This will have a considerable negative impact on SenseTime's listing plan.

As of the early morning of December 11, Beijing time, neither Silver Lake Capital nor Qualcomm commented on the relevant reports.

At 10:27 a.m. on December 11, SenseTime issued a public statement in response: "We strongly oppose this decision and related allegations.We believe that this decision is unfounded in relation to the allegations and reflects a fundamental misunderstanding of our company.Technological development should not be influenced by geopolitics. SenseTime is a leading AI software company dedicated to developing sustainable, responsible and ethical AI technologies and applications. We strictly comply with the laws and regulations of relevant countries and regions in all aspects. ”

Founded in 2014, SenseTime is an AI software company focused on computer vision and deep learning technologies, according to public information. 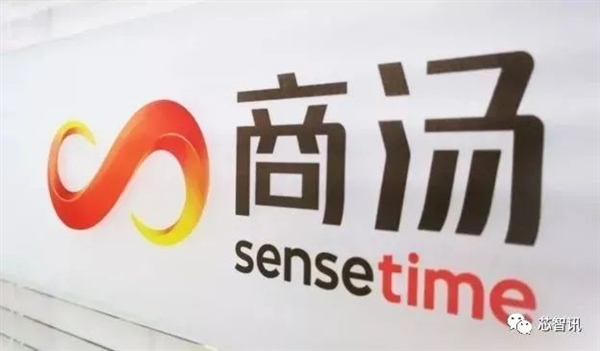 Related news
Baidu lifeline AI
Why do some cities in the United States choose to say "NO" to 5G?
@666 Join illuminati Kingdom in United Kingdom +27839387284
Strong Money Spells in United States (USA) | spiritual rats
here.@ ***
China, U.S. Issue Joint Declaration on Climate Action at GOP26
China's AI No.1 was pulled into the "blacklist" by the United States for the second time: it is at a critical juncture
Hot news this week
A small plane in the US has crashed into a 30-metre high voltage power line and got stuck: 80,000 people affected
Can recording others' wechat chat records be used as evidence? The Beijing Internet Court has an answer
Alibaba launched a new cross-border e-commerce platform in Spain, aiming to operate independently in the middle and high-end market
It's not just Huawei! Beidou has penetrated more than 20 industries and applied more than 15.5 million products
When pure water is used in China team to solve the problem of seawater hydrogen production: it is expected to become an original industry
A Tesla crashed into two cars in Taizhou, Zhejiang province, killing two and injuring one, police said
Breaking the spell of "Android 3 year must card", the new Breguet mobile phone will be sold for the first time tomorrow: from RMB3499
The appearance of Xiaomi's mini console is revealed for the first time: an all-metal body with a strong apple smell
Be careful with your phone for a long time! The aunt played with her mobile phone so much that her fingers got stuck
Google's Project Zero team accuses vendors of slacking after ARM GPU bug exposes Android upgrade woes
The most popular news this week
Why is the Apple Pencil 2 not supported? iFixit takes apart the iPad 10 to find out
Zte's experience proves that there is no way out of appeasement and peace can only be fought out
China's growing presence in the global high-tech sector is unacceptable to the US
Us to investigate Lapsus$hack, Microsoft, Nvidia and others were breached
From January to October this year, the number of global travel app downloads approached 2 billion, with China's Amap, Baidu Map and Railway 12306 taking the top three places
With the acquisition of Pulse, Mozilla will develop a new approach to machine learning
Did the United States achieve its goal? More than 40 suppliers went to the United States with TSMC
Microsoft may not be able to offer its Microsoft 365 service in German schools after two years of efforts failed
A record $50 million in compensation! In the final judgment of the dispute over the infringement of Minecraft by Mini-World, NetEase won the lawsuit
Manufacturers like Samsung and Xiaomi have been affected. Google has revealed a dangerous flaw that threatens millions of Android devices