Regarding the great wall Euler good cat car chip goods is not on the board, the use of old Intel processors packaged into Qualcomm 8-core high-performance processor publicity, after being named by CCTV reports, public opinion was further fermented and expanded.

In this regard, after many official "explanations", Great Wall Euler came up with a new solution:

Owners of Euler Good Cats, who were scheduled before December 31, 2021, will be given away with a package worth 7200 yuan;In addition, before the announcement of the release date of the car and the first owner of the "Euler Good Cat", the brand side will upgrade the lifetime warranty of the three electrics provided in the "equity package" to the lifetime warranty of the whole vehicle, as well as the charging rights of 10,000 yuan.

For this plan, some car owners said that they could accept it, while other car owners expressed their disagreement, Euler's compensation plan was insincere, and only wanted to return to the high-speed car chip, as well as return to the car and other appeals.

In addition, there are media reports that the Qualcomm chip of the Great Wall Euler good cat has also been loaded, but it has not been sold in China.

The Qualcomm 8155 chip is not carried in China, but the models exported overseas (overseas markets such as the United Kingdom and India) are equipped with Qualcomm chips.

Some car owners also asked the dealers of the overseas Great Wall Euler good cat on this question, and got a positive answer, but the good cat model exported to the United Kingdom, the local price came to about 200,000 yuan. 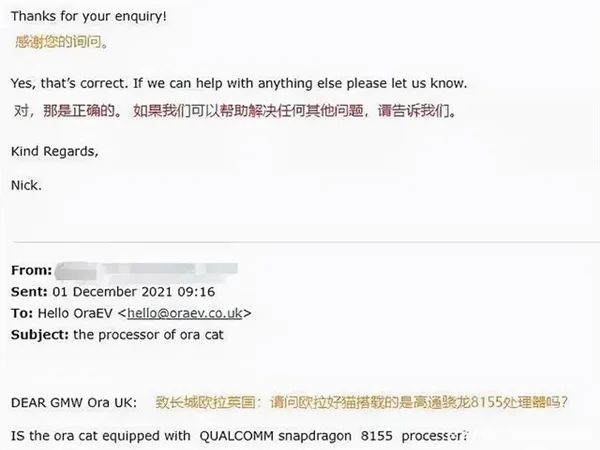 In fact, qualcomm Snapdragon 8155 chips are not particularly out of stock at present, and Euler may be more in the cost consideration.

According to the comparison table produced by "Electronic Engineering Album",The qualcomm Snapdragon 8155 and Intel Atom X5 E3940 chip performance and cost gap is huge, Qualcomm 8155 single official price of 80-100 US dollars, while the latter is only 34 US dollars.

However, at present, the compensation scheme provided by the Great Wall Euler to the car owner has reached tens of thousands of yuan, which has long covered the cost value of the chip, but the "chip door" crisis has not been completely resolved, and the great Wall Euler's wave of operations can be said to be the bottom of the loss. 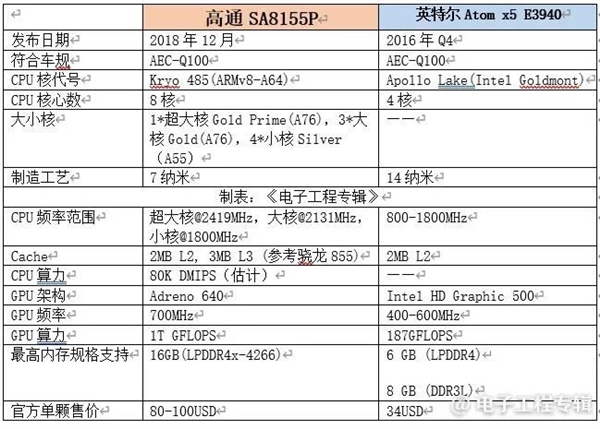