This year's New Year's Eve falls on January 31, which means the Spring Festival will begin at the end of next month. There are still one and a half months to go before the Holiday, and many migrant workers have already started preparing to buy tickets to go home for the holiday.

However, due to the epidemic problems in the past two years, many places advocate local Spring Festival, some unfortunate netizens said that they have not been home for the Spring Festival for two years, and they are very worried about the situation this year.

To this,Zeng Guang, a well-known epidemiologist, made it clear at an event recently that I think most of them can go home when they should. ”

But Zeng also warned netizens to take precautions and wear masks on the way home.

If you want to be more secure, you can even wear an eye patch. Bring some hand sanitizer and wash your hands frequently, because the crowd density is higher during the Spring Festival travel rush.

At the same time, Zeng guang also pointed out that returning home during the Spring Festival is a general problem that needs comprehensive consideration.When the time comes whether can smoothly go home to see many factors, such as whether green code; The risk level of the city.

It should be noted that Zeng Guang also reminded that if there is no emergency back home, it is best to celebrate the Spring Festival on the spot.

The Zhangjiakou Economic development Zone in Hebei province, for example, announced that officials and employees of party and government organs, public institutions and state-owned enterprises in the region should take the lead in setting an example by staying in local areas for the Spring Festival, not going abroad, not going to high-risk areas, and not leaving local areas as much as possible. 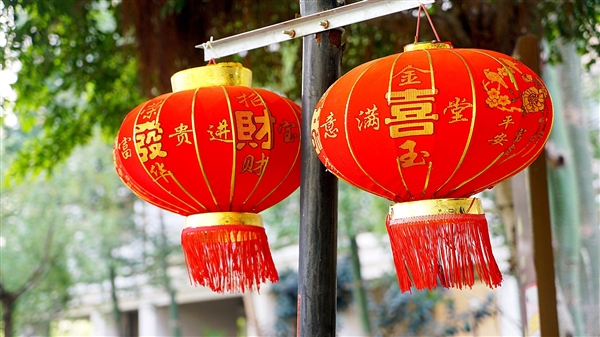 Related news
Windows 10 spring 2020 update may be pre installed with the official version of chromium edge
Will we celebrate the Spring Festival on the spot this year? Most people can go home during the Spring Festival, experts said
Jingdong issued 400 million yuan: increase subsidies for the Spring Festival to stick to the post express delivery brother
Hot news this week
ByteDance invested in Sequencing Technology, which is an AI industrial SaaS software service provider
It's hard to escape the monopoly sanctions American court dismissed Facebook against FTC counterattack
Former search president of Baidu xiang Hailong joins Transsion The company that sells mobile phones wants to do more Internet
2021 Global Patent List Released: Huawei ranked fourth in the top five in the world in the United States
Jiangxi Bank welcomes the new sector, the former is dismissed, and the profit has decline since the listing since the market.
The Shanghai Astronomical Observatory found a case of a galaxy "escaping" 12.1 billion light-years away
Rewrite history! The largest acquisition in the game industry was finalized: 80.9 billion yuan exceeded Tencent's record
Ma huateng: Tencent is just an ordinary company that can be replaced at any time
Enterprise WeChat active users reached 180 million The new version is connected with the video number
Lanzhou Bank was abandoned to buy 12.85 million yuan, and the first issuance was "broken", still 4 times more expensive than its peers
The most popular news this week
Tesla is still a "fragrant feast" The four Indian states invited him to set up a factory in the local area
Reduce dependence on China? Tesla gets key battery materials from Mozambique
Lei Jun suggests that Xiaomi 12 series is about white
Netizens opened the Xiaomi router 4 four years ago: I found "ARE YOU OK!!!"
A hardware conference, why talk about software but more time?
The chip is comparable to the Mac, the computing power exceeds the iPhone, and the Apple AR/VR headset is really so strong?
Can working in the metasverse be more productive? Lenovo's Huang jianheng: There are also complex technical challenges
Cait: it is not recommended to take quarantine measures directly for travel card users with asterisks
Zhao lijian said the UK's decision to block Huawei under PRESSURE from the US was damaging others and not benefiting itself
Zhao Lijian responded to the British "blocking" Huawei: generalizing the concept of national security harms others and harms themselves