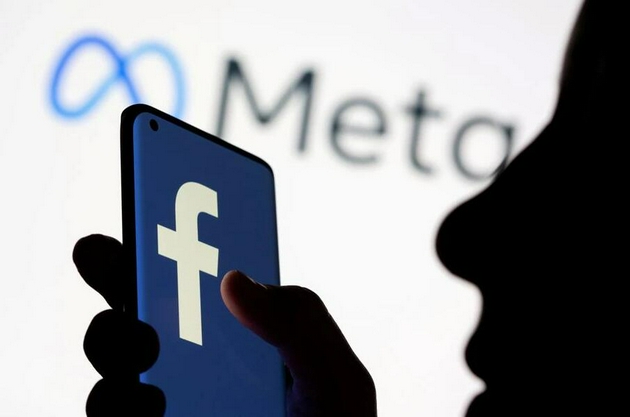 $60 million is not a decimal, which proves what the Meta name means to Facebook. Meta seems to have assumed that the metaverse will catch on in the coming years, and then bring considerable returns to the company.

Documents filed by Meta Financial confirm that a company from Delaware agreed to buy the global rights to the corporate name in cash for $60 million, with an acquirer named Beige Key LLC. But it did not reveal who the owner of Beage Key LLC is.

Meta Financial has a subsidiary called MetaBank, which provides savings, loans, credit cards, business loans and other businesses. Meta Financial works with many institutions, such as government agencies and fintech companies, to provide them with banking services.

In October, Facebook announced that the parent company had changed its name to Meta Platforms. Meta has invested heavily in VR and AR, and it believes that the metacosm will be the next stop on mobile networks.

The metacosmonic concept popped up at the earnings conferences of several companies in Silicon Valley, and its construction required corporate cooperation, and it is now at least 10 years before the metacosm is fully built.

According to a Meta Platforms spokesperson, there were discussions with Meta Financial before the company changed its name. Meta Platforms is currently valued at about $933 billion. (Xinghai)

Related news
Do you fully bet "Yuan Universe"? Facebook announces the name "Meta"
Facebook's announcement that it is changing its name to "Meta" underscores the company's determination to bet all the money on the meta-universe
Facebook closed up 2.1% on its first day of trading as Meta
Facebook changed its name to Meta Meta Pioneer: Eager to catch the heat of the Meta Universe
On the same day that Facebook changed its name to Meta, Baidu applied for the trademark of MetaApp, and its vice president once said to be calm and pragmatic
WhatsApp Update Start Page Brand Image: Delete "Facebook" Change to "From Meta"
Meta Company slams Facebook to change the name in the open letter
Investor: Facebook could go the way of Google by changing its name to Meta
Facebook spent $60 million on Meta trademark assets
Hot news this week
Zhao Lijian responded to the British "blocking" Huawei: generalizing the concept of national security harms others and harms themselves
Zhao lijian said the UK's decision to block Huawei under PRESSURE from the US was damaging others and not benefiting itself
Tencent web drama "Beginning" Douban opening score 8.2: the male protagonist's mobile phone has become a highlight!
Samsung's new notebook patent publication: the keyboard is divided into two-quarters after two folds.
AsiaInfo Technology Announces Acquisition of iResearch Consulting to continue to increase digital operations and digital and intelligent transformation
Canon China plans to close some production lines in Zhuhai in response to the zhuhai company's suspension of production
Breakthrough: Chinese scientists have discovered and confirmed the boson exotic metal for the first time
Volkswagen's sales in China plummeted, a record low in 8 years! The CEO revealed the reason for the helplessness
Only 2 decisive headphones Class A Certification of the Ministry of Industry and Information Technology? Perhaps it is misunderstanding
1KW electric energy production 3KW heat Tesla hot pump low temperature hidden dangers were investigated
The most popular news this week
China's groundwater resources reserves are identified for the first time: the southern freshwater reserves account for only 5% of the country's total
Microsoft Gaming Executive: Had a friendly call with Sony management
The United States seeks to contain scientific giants Google 2021 year tour spending increased by 13 million yuan
QQ Music ranked third among the world's most popular music platforms
IPHONE open side load? The US Senate Group has approved the bill to vote
钛媒体科股早知道：价格创十年新高，需求占比或提升5倍以上，特斯拉全球出击疯狂抢占该资源；国家卫健委研究出台更多积极生育支持措施
Take stock of Microsoft's top ten acquisitions: 3 of the more than 10 billion US dollars Nokia is not in the top 5
Deposit time coin pension, what is the upcoming "time bank" in Beijing?
Performance losses exceed 400 million, had been saved by Plum Qi "women's shoes first shares", give up selling shoes
Dong Xiaodian announced the shuttlecock, social e-commerce style encountered life and death