The new version of Win11 is released! The problem that has plagued users for a long time has finally been fixed

Microsoft recently pushed Windows 11 KB5008215 through Windows Update, which is part of the December 2021 Tuesday patch. At the same time as pushing the patch, Microsoft also released the download address of KB5008215, which users can manually download to install the update. 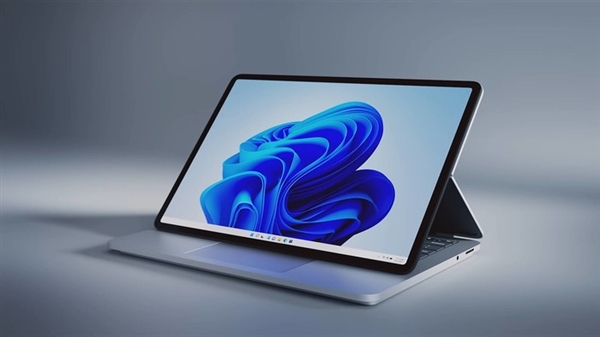 With the release of this new patch,The Win11 system introduces a new emoji, which is compatible with Microsoft's current Fluent Design design style.

The new emoji will align the style of the operating system with other Microsoft products such as Skype, Teams, and more. These emojis have a more modern design and the series looks good, but they are still 2D emoticons. 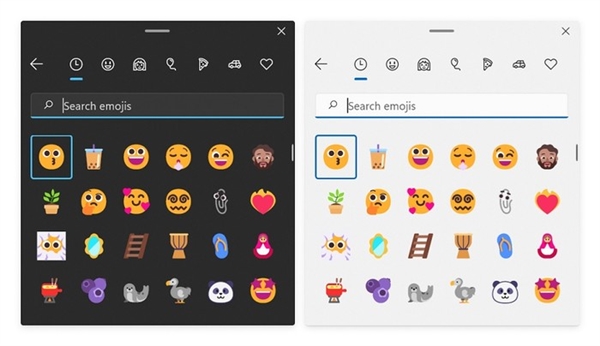 If you're a long-time Microsoft user, you should know the classic paperclip controls, which were once classic elements of Office. Microsoft recently asked users if they wanted to see paper clips in the operating system, and quite a few people favored the classic style emojis of paper clips.

In terms of bug fixes, KB5008215 fixes an issue where one drive becomes slower.

Alternatively, you can also see the KB5008215 patch directly via the link below.

Fixed an issue where file explorer and desktop shortcut right-click menus might not pop up.

Fixed an issue that affected start menu performance and reliability.

Fixed a performance issue with the storage drive.

It should be noted that the performance problem of the storage drive has been plaguing users for a long time, and today it has finally been officially fixed.

As early as August, users reported that storage drives were too slow to write, and according to reports, Windows 11 had an impact on write speeds of up to 55%, which in some cases can significantly slow down machines.

This issue was first flagged during public testing, but it seems to have been somehow ignored, and the issue also appeared in the stable version.

As the screenshot above shows, Win11's write speed is significantly slower than Win10's. In some cases, users can also observe that Win11's read speed is also slow.

According to the release notes, Win11 Build 22000.376 fixes an issue where Internet Explorer stops responding when a user pastes copied text.

Microsoft also fixed an issue where file explorer and desktop shortcut menus would not be displayed when a user opened an item with a single click.

The stability of the filer has been improved, fixing an issue where the file manager stops responding when closing a window after browsing a directory.

Also fixed a bug where the desktop right-click menu was affected when creating shortcuts for applications using a directory tree or background.

Microsoft has modified the volume control for Donghua and Bluetooth audio devices in the taskbar.

However, Win11 still does not support direct drag-and-drop pin icons for the taskbar. The taskbar issue fixed by this Win11 update is mainly about the problem of flashing when the mouse hovers over the taskbar icon.

Other fixed issues are as follows.

Fixed a rendering issue with closed subtitles in some videos.

Fixed an issue that could affect the performance of task view, Alt-Tab, or Snap assist

Fixed an issue where turning off the presence sensor option of the headset could cause Windows Mixed Reality to get an error.

Fixed a bug that could cause audio to be temporarily lost.

Fixed an issue with font rendering.

Fixed an issue that could cause some apps on devices with touchpads to crash or get stuck.

Related news
Is win11 faster and stronger than win10? Win11 performance data exposure
Not compliant with win11 hardware standard? How to upgrade win11
NVIDIA and Intel release win11 driver! Win11 game features exposed
New generation game artifact talk about win11 game features
Win11 is about to usher in an important update: a new way to unlock Android compatible apps
Win11 new features at a glance! Taken on a new look
Is the card slow after upgrading Win11? Win11 has performance issues: Teach you to fix them
Win11 big bug many: Microsoft said
The new version of Win11 is released! The problem that has plagued users for a long time has finally been fixed
Win11 taskbar experience is too bad! Microsoft is trying to repair the problem
Hot news this week
ByteDance invested in Sequencing Technology, which is an AI industrial SaaS software service provider
It's hard to escape the monopoly sanctions American court dismissed Facebook against FTC counterattack
Former search president of Baidu xiang Hailong joins Transsion The company that sells mobile phones wants to do more Internet
2021 Global Patent List Released: Huawei ranked fourth in the top five in the world in the United States
Jiangxi Bank welcomes the new sector, the former is dismissed, and the profit has decline since the listing since the market.
The Shanghai Astronomical Observatory found a case of a galaxy "escaping" 12.1 billion light-years away
Rewrite history! The largest acquisition in the game industry was finalized: 80.9 billion yuan exceeded Tencent's record
Ma huateng: Tencent is just an ordinary company that can be replaced at any time
Enterprise WeChat active users reached 180 million The new version is connected with the video number
Lanzhou Bank was abandoned to buy 12.85 million yuan, and the first issuance was "broken", still 4 times more expensive than its peers
The most popular news this week
Build a car in an average of 34 seconds! The annual production capacity of Tesla's Shanghai factory may exceed 1 million units
Due to the false statement of leshi securities, shanxi securities subsidiary was sued for 4.571 billion yuan
Realme China President Xu Qi: Dynasty "The most popular science and technology" ""
Tesla is still a "fragrant feast" The four Indian states invited him to set up a factory in the local area
Reduce dependence on China? Tesla gets key battery materials from Mozambique
Lei Jun suggests that Xiaomi 12 series is about white
Netizens opened the Xiaomi router 4 four years ago: I found "ARE YOU OK!!!"
A hardware conference, why talk about software but more time?
The chip is comparable to the Mac, the computing power exceeds the iPhone, and the Apple AR/VR headset is really so strong?
Can working in the metasverse be more productive? Lenovo's Huang jianheng: There are also complex technical challenges