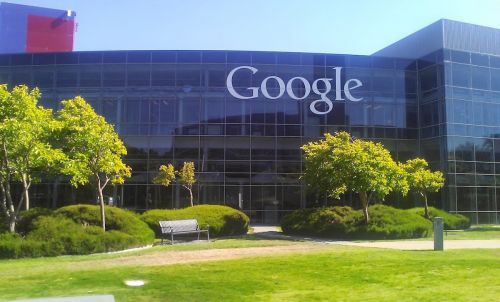 Sina technology news Beijing time December 15 evening news, it is reported that Google announced today that it has submitted a proposal to the French anti-monopoly regulator, hoping to resolve the company's dispute with French news organizations and publishers over payment for news content.

The French competition Authority (FCA) said in a statement that the proposals would be put out for public consultation and that interested parties had until January 31, 2022 to respond.

For years, news organizations' advertising revenues have been eaten away by news aggregators like Google and Facebook. They complain that the tech companies use their content in search results or other features without paying royalties.

Google argues that its news search service provides only a fraction of the story, and that interested readers will still click on the link to the original page, which in turn drives traffic to news publishers

Later, a revised European Copyright Directive was passed and France took the lead in implementing it. The new copyright law would force Google to pay publishers for snippets of news and require Facebook to filter out protected content.

Today, as part of its proposals, Google promised to negotiate fees for the use of its protected content "in good faith" with news organisations and publishers. Google also promised to come up with a price within three months of the start of negotiations. If no agreement can be reached, it is possible to go to an arbitration tribunal to determine the amount to be paid.

In a blog post on its French website, Google said the proposal highlighted its willingness to open a new chapter in the copyright dispute. In November, Google began paying AFP for its news content.

Related news
Google faces antitrust charges in India: favoring its own services Google Pay
Hot news this week
Zhao Lijian responded to the British "blocking" Huawei: generalizing the concept of national security harms others and harms themselves
Zhao lijian said the UK's decision to block Huawei under PRESSURE from the US was damaging others and not benefiting itself
Tencent web drama "Beginning" Douban opening score 8.2: the male protagonist's mobile phone has become a highlight!
AsiaInfo Technology Announces Acquisition of iResearch Consulting to continue to increase digital operations and digital and intelligent transformation
Samsung's new notebook patent publication: the keyboard is divided into two-quarters after two folds.
Canon China plans to close some production lines in Zhuhai in response to the zhuhai company's suspension of production
Breakthrough: Chinese scientists have discovered and confirmed the boson exotic metal for the first time
Volkswagen's sales in China plummeted, a record low in 8 years! The CEO revealed the reason for the helplessness
The country's first artificial brush interference search engine calculation bill sentenced Baidu to pay 2 million yuan
Only 2 decisive headphones Class A Certification of the Ministry of Industry and Information Technology? Perhaps it is misunderstanding
The most popular news this week
Some people have a health code to turn yellow, clearly: receiving this courier to make a nucleic acid immediately
Baidu Maps pushes immersive navigation: Chongqing 3D navigation is coming
Tesla insisted not advertising
145 yuan of apple polished cloth grown? Official teach you how to clean
IDC: Nearly 20% of IoT systems are expected to support AI by 2024
Insurance premium inventory of listed insurance companies: auto insurance business is "turning point", life insurance to achieve positive growth
Comac vice President: The first homegrown large aircraft, the C919, is expected to be delivered this year
131,000 needles, another sky-high drug into China
Thousands of people resign NetEase game planning follow-up Harry Potter mobile game official apology
Behind Microsoft's nearly $70 billion acquisition of Activision Blizzard: $130 billion cash pile