IT Home December 15 news, according to Windows Latest, Windows11's next function update is expected to appear in October 2022, but the improvement will slowly start in the preview. Microsoft is currently developing some new features and user interface (UI) adjustments to the operating system, including new voice control functions. 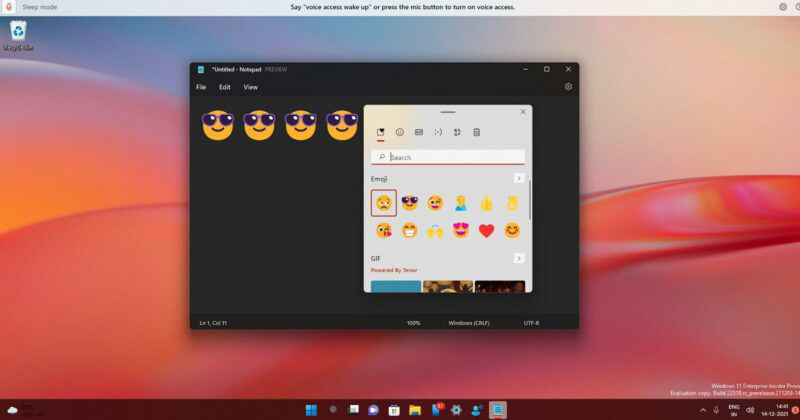 In a supported support file, Microsoft pointed out that Windows 11 22H2 will be the next major update of the operating system, and there is no 22H1 version.

Windows 11 22H2 is considered part of the Nickel development branch (already sent to tester), which will bring back the taskbar drag and so on. This update is expected to add new personalized options to set applications, as well as new voice control tools.

IT House learned that Microsoft is experimenting with a new voice control tool called "speech control" to help people control their desktop. This feature is designed to help users with action barriers, allow them to control their desktop, open files, select text, double click, right click, and so on.

As seen in the screenshot, you can access the experimental voice control function of Windows 11 by entering the auxiliary function setting. 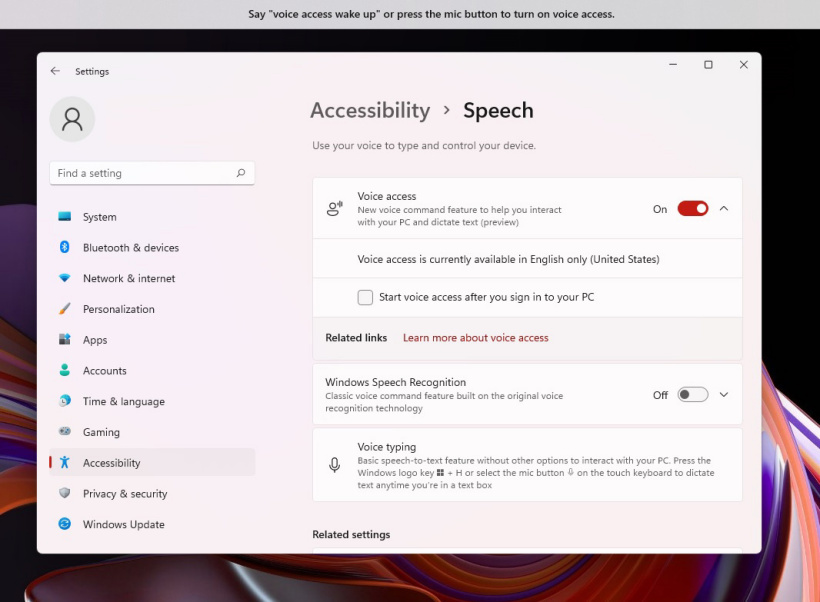 Voice control requires a voice model. When you enable this feature, you will download it from Microsoft Store. Once downloaded, just select a microphone you choose, it will be used for voice control.

If you follow these steps correctly, you can start using your voice to control your computer, just gently.

Voice control is in the early development phase, but it has supported all basic functions, including commands that open or switch applications. You can also use voice to browse web pages, read and write emails.

Voice control is provided by Microsoft's existing device speech recognition, currently only supports English - American language. In order to use voice control, you also need to switch the display language of the device to English - USA.

Microsoft has confirmed to support the following Windows voice commands:

Open [Application Name]. For example, you need to "open Edge" or "Open Word" to open the app.

Windows 11 is equipped with a new input method switch (pop-up menu, let you switch between the language packets installed on the device).

Microsoft is modifying the underlying platform behind the input method switch to improve overall performance, helping people to easily switch between multiple keyboard languages and layouts. 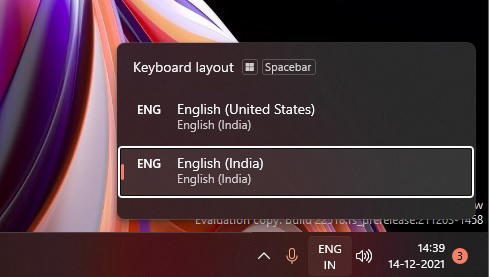 Emotion panel is getting new features

The emotic part of the Windows clipboard recently used a set of new Fluent emojun symbols, Microsoft is now trying to make the emoticon collection diversified by adding support for other skin tones. 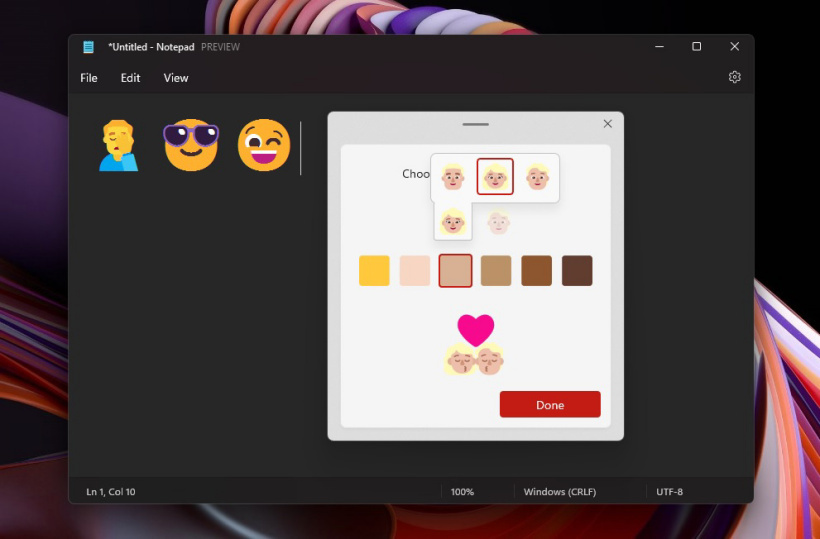 You can share the Emoji expression based on your family's skin color. As seen in the screenshot, you can now personalize your emoticon, such as your heartless couple, kissing, person who hold hands, and so on.

Other improvements in preview updates:

The context menu of the file resource manager now has support for additional top-level buttons.

Weather panel on the taskbar.

Due to the new API, the video encoding effect in third-party applications such as Adobe or Filmora is better.