IT House December 17 news, players who have owned Xbox 360 should know what is the "red ring of death", often referred to as RRUD, which is a sudden, fatal hardware failure, and a large number of Xbox 360 systems have this failure.When the Xbox 360 has a "death red ring" failure, the LED of its power button turns red instead of white, and the system refuses to boot. 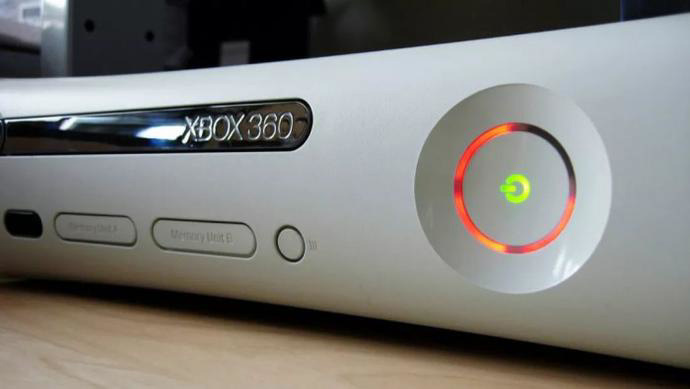 While it has been speculated that the glitch was caused by its poor heat dissipation, the documentary Power On: The Story of Xbox shows that this is only part of the truth.

According to Leo Del Castillo, he has been a member of the Xbox hardware engineering team since 1999, and the "red ring of death" is caused by a broken connector within the console component.

These parts are solder balls used to secure the GPU to the motherboard, and while the cause of the break is thermal issues, the high temperatures inside the Xbox 360 aren't the only issues. Instead, according to Todd Holmdahl, Xbox's head of hardware from 1999 to 2014, the problem is that the temperatures of these balls often range from hot to cold.

"All these people love to play video games," Holmdahl says, "so they'll turn this thing on and off, and when it's on and off, you're going to have all sorts of stress." "These pressures eventually caused the solder ball to break, partially severing the connection between the Xbox 360's GPU and motherboard.

IT House understands that Xbox's solution to this problem is simple and straightforward. The company will repair every Xbox 360 sold for free for customers. However, this has brought huge losses to the company. According to Peter Moore, the former head of Xbox, the cost of repairs and lost sales caused by the problem was about $1.15 billion. However, steve Ballmer, former CEO of Microsoft, was quick to give Moore the money he needed to solve the problem and save the Xbox brand. 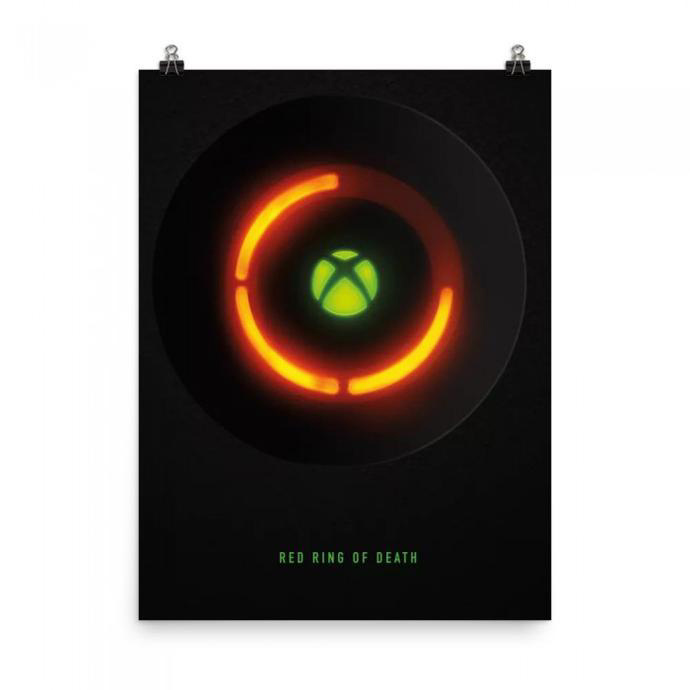 As the "Red Ring of Death" event is gone, in honor of Xbox's infamous failure. The Xbox Gear Store now has a poster with a red ring-influenced Xbox 360 Elite power button with the words "Death Red Ring" printed in the space below. The poster sells for $24.99 and has a slightly glossy "anti-fingerprint" coating. It measures 18 inches (about 45.72 cm) x 24 inches (about 60.96 cm) and is about 0.25 mm thick.

Related news
Microsoft announced the cause of the infamous Xbox 360 "Red Ring of Death" failure
Hot news this week
Zhao Lijian responded to the British "blocking" Huawei: generalizing the concept of national security harms others and harms themselves
Zhao lijian said the UK's decision to block Huawei under PRESSURE from the US was damaging others and not benefiting itself
Tencent web drama "Beginning" Douban opening score 8.2: the male protagonist's mobile phone has become a highlight!
AsiaInfo Technology Announces Acquisition of iResearch Consulting to continue to increase digital operations and digital and intelligent transformation
Samsung's new notebook patent publication: the keyboard is divided into two-quarters after two folds.
Canon China plans to close some production lines in Zhuhai in response to the zhuhai company's suspension of production
Breakthrough: Chinese scientists have discovered and confirmed the boson exotic metal for the first time
Volkswagen's sales in China plummeted, a record low in 8 years! The CEO revealed the reason for the helplessness
The country's first artificial brush interference search engine calculation bill sentenced Baidu to pay 2 million yuan
Only 2 decisive headphones Class A Certification of the Ministry of Industry and Information Technology? Perhaps it is misunderstanding
The most popular news this week
For the second year in a row, a Saharan desert town is covered in snow and ice
The game planning was asked by tens of thousands of people to resign from the hot search! Harry Potter: Magical Awakening apologies
Have giant to march private equity circle again! Huawei formally set up the Hubble investment, directly refers to the chip "stuck neck" technology
Some people have a health code to turn yellow, clearly: receiving this courier to make a nucleic acid immediately
Baidu Maps pushes immersive navigation: Chongqing 3D navigation is coming
Tesla insisted not advertising
145 yuan of apple polished cloth grown? Official teach you how to clean
IDC: Nearly 20% of IoT systems are expected to support AI by 2024
Insurance premium inventory of listed insurance companies: auto insurance business is "turning point", life insurance to achieve positive growth
Comac vice President: The first homegrown large aircraft, the C919, is expected to be delivered this year