According to foreign media reports, the Director of Robert Middot, Director of the University of New York University, Robert Montgomery, once again launched the experiment of pig renal heterogeneous transplantation to the human body.

In October This year, Dr. Montgomery successfully killed the pig kidneys and the volunteers maintained by the ventilator through the thigh blood vessels and lasted for 54 hours.

During the test,Urine generation and creatinine levels (key indicators of kidney function) are normal, almost have the same effects with human kidney transplantation, and have not found a row.

Recently, Dr. Montgomery once again launched this surgery, which also puts a pig kidney lacking alpha-gal genes to a volunteer who relies on ventilator to maintain life.

Dr. Montgomery said thatAlthough this is only replicated again, it further proves that the genetic engineering organs can be used in patients who urgently transplant.This also laid the foundation for the future human test, although there are still many jobs that need to be done, but it is undoubtedly successful.

It is reported that the pig kidney in the test is provided by the United States Joint medical subsidiary REVIVICOR. The transgenic pig has been approved by the US Food and Drug Administration (FDA), which can be used in food and medical products.

Such transgenic pigs knock down proteases of Alpha-ga sugars on the surface of the pig cells, so that pig cells no longer express Alpha-gal sugar.

Although Alpha-gal sugar stores in many mammals, it is not common in humans, while ALPHA-GAL Syndrome (AGS) patients tend to allergies of meat.

Therefore, this kind of pig can not only make allergies, but also potential medical purposes. For example, it can be used to produce drugs similar to heparin, as well as heterogeneous organ transplantation. 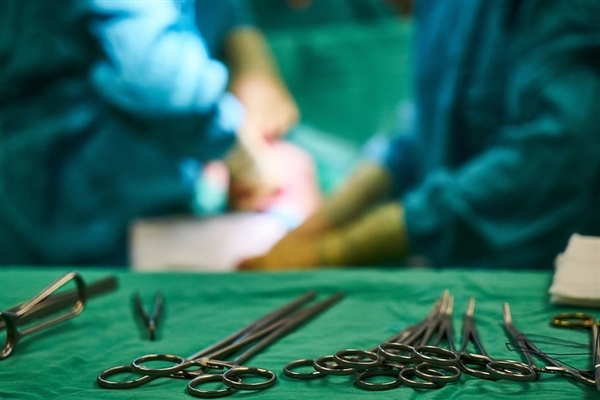 Related news
Looking at the American Trade Union from the GM strike: why the Musk Cao Dewang can't avoid it
GM-Cruise petitions the US government deploys no steering wheel autopilot.
+2349031459947 # HOW TO JOIN OCCULT WITHOUT HUMAN SACRIFICE
For the first time ever! Pig kidney transplanted into Human body in US
GM kidney successfully transplanted to people: proven to be used in human organ transplantation
Hot news this week
ByteDance invested in Sequencing Technology, which is an AI industrial SaaS software service provider
It's hard to escape the monopoly sanctions American court dismissed Facebook against FTC counterattack
Former search president of Baidu xiang Hailong joins Transsion The company that sells mobile phones wants to do more Internet
2021 Global Patent List Released: Huawei ranked fourth in the top five in the world in the United States
Jiangxi Bank welcomes the new sector, the former is dismissed, and the profit has decline since the listing since the market.
The Shanghai Astronomical Observatory found a case of a galaxy "escaping" 12.1 billion light-years away
Rewrite history! The largest acquisition in the game industry was finalized: 80.9 billion yuan exceeded Tencent's record
Ma huateng: Tencent is just an ordinary company that can be replaced at any time
Enterprise WeChat active users reached 180 million The new version is connected with the video number
Lanzhou Bank was abandoned to buy 12.85 million yuan, and the first issuance was "broken", still 4 times more expensive than its peers
The most popular news this week
Build a car in an average of 34 seconds! The annual production capacity of Tesla's Shanghai factory may exceed 1 million units
Due to the false statement of leshi securities, shanxi securities subsidiary was sued for 4.571 billion yuan
Realme China President Xu Qi: Dynasty "The most popular science and technology" ""
Tesla is still a "fragrant feast" The four Indian states invited him to set up a factory in the local area
Reduce dependence on China? Tesla gets key battery materials from Mozambique
Lei Jun suggests that Xiaomi 12 series is about white
Netizens opened the Xiaomi router 4 four years ago: I found "ARE YOU OK!!!"
A hardware conference, why talk about software but more time?
The chip is comparable to the Mac, the computing power exceeds the iPhone, and the Apple AR/VR headset is really so strong?
Can working in the metasverse be more productive? Lenovo's Huang jianheng: There are also complex technical challenges