Domestic self-developed chips are too strong! The iP13 Pro Max is compared

At oppo Future Tech Conference 2021 this week, OPPO unveiled a new self-developed chip, MariSilicon X, how strong is this chip? Let's take a look at it through a series of data. 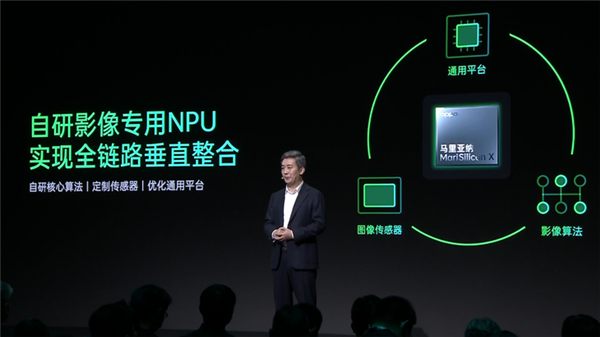 With the blessing of the proprietary DSA architecture and 6nm process, the OPPO Mariana X chip has better AI performance and energy consumption ratio than the general purpose chip. 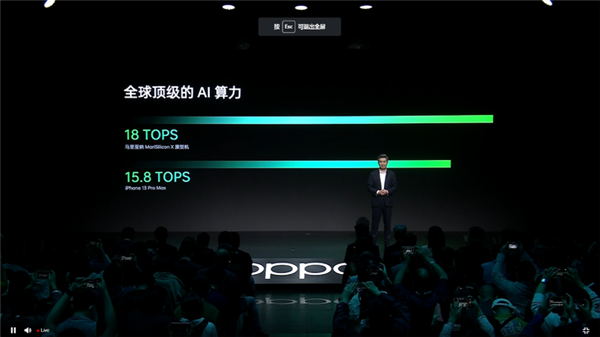 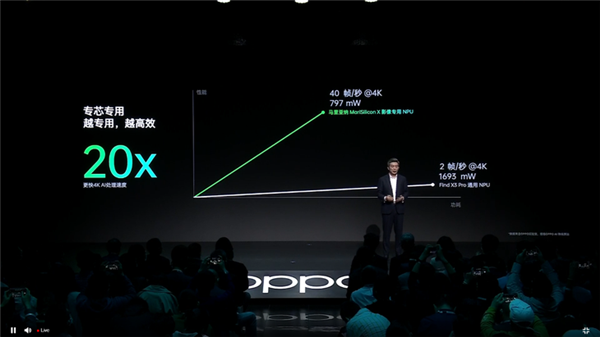 In the process of use, the AI capability of oppo Mariana X chip has made a great leap forward, and it can be processed and calculated directly in the RAW domain in the stage of image shooting, and RAW calculations up to 20 bits can be carried out, pushing the traditional calculation that can only be completed after processing to the forefront. 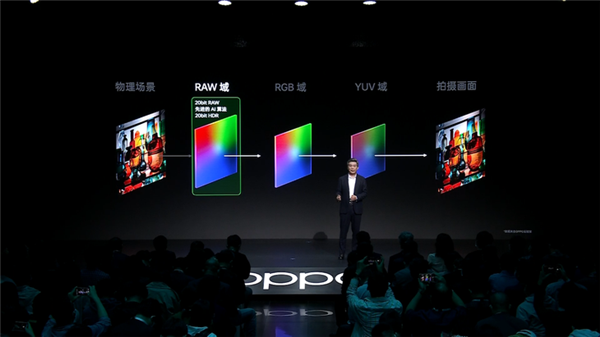 The OPPO Mariana X chip can also further enhance the support for RGBW, which can achieve 7.6 times the signal-to-noise ratio and 1.7 times the resolution power through dual-link design and 2x RAW computation.

In terms of video recording, 20bit Ultra HDR recording can also be achieved,It has achieved a better picture effect and realized HDR picture recording that is almost eye-level. 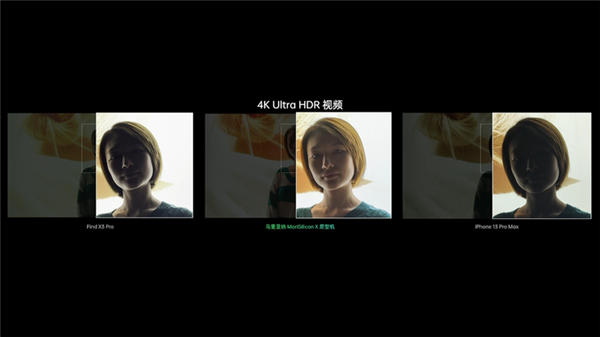 From a series of data, OPPO's new OPPO Mariana X chip can be described as very powerful.

OPPO officially advertises that this chip will be the beginning of OPPO's imaging in the next decade, and will form the left and right brains of mobile phone core computing together with SoC, opening a dual-core era, and the first product equipped with OPPO Mariana X chip will be launched on a new generation of OPPO Find series products.

Related news
Material cost exposure of the iPhone 11 Pro Max: 27.5% of the price!
Glory X10 versus iPhone 11Pro Max: the former wins
Foreign media say Apple will keep iPhone 11:11 Pro / Max to be discontinued
How much is the iPhone 13 Pro MAX? Material cost 2800 yuan Apple profit margin has declined
Domestic self-developed chips are too strong! The iP13 Pro Max is compared
Huawei Mate 50 Pro: iP13 fringe design, clever SUPPORT for 5G
Xiaomi's first quarter revenue was 73.4 billion! The average monthly salary of employees can buy 2.9 top iP13
Gurman: It is expected that Apple will launch MacBook Pro equipped with MAC
Domestic new machines are the same as IP13 Pro Max size: Employees mistakenly think that the boss uses apples
Thinner phones than the iP13 are coming! Adapted to King's extremely high frame rate mode before release
Hot news this week
China has found 35 known cases of the new zoonotic virus Langya
Monkey acne cases have ranked first in the world that the United States has announced the emergency state of public health
Credit card points rule intensive adjustment online transaction points more "valuable"
Losses in a single quarter of $ 23.4 billion a record, SoftBank did not carry the plunge of technology stocks and the devaluation of the yen
The prevention and control of the American Monkey epidemic has failed. What should I pay attention to?
Sources say Samsung's Galaxy Z Fold4 is going up in price: a 512GB top unit will cost more than 13,000
Is the micro -business headache? WeChat friends are suspected to have a big move: 7 can only be posted a week
Kuaishou launched a self-developed cloud intelligent video processing chip: The chip has been streamed successfully
The new product of Xiaomi MIX is coming: both internal and external dual -screen has been upgraded to make up for the previous generation.
A new zoonotic virus, Langya, found in China has not yet been confirmed to be transmitted from person to person
The most popular news this week
Mr. Lei: Mr. Bezos apologized to me for not taking good care of Joyo.com
Ever wanted to buy Tencent QQ, Alibaba asked for a stake? Lei jun rumours
Lei Jun's first business thinking book "Xiaomi Entrepreneurship Thinking" was introduced to the latest and most complete Xiaomi methodology summary
Apple's iPhone is no longer a symbol of wealth in China: for reasons to be proud
Xiaomi Motor Autonomous Driving First Show: Automatic Charging of Autonomous Driving in the whole scene
Musk's eyes! Lei Jun released a full -size humanoid robot Xiaomi self -developed strength explosion table
The global streaming media have increased the animation circuit is becoming a new "breakthrough" for Youaiteng
Kuaishou TOB business Yu Bing: Self -developed chips or mass production after the end of the year, the video must be turned into light industry
Lei Jun: Once bid 10 million to buy NetEase was rejected by Ding Lei
Intel burns 23.2 billion won't make a decent graphics card