NFT into the game was "scolded back", why the meta-universe in this game is depressed? 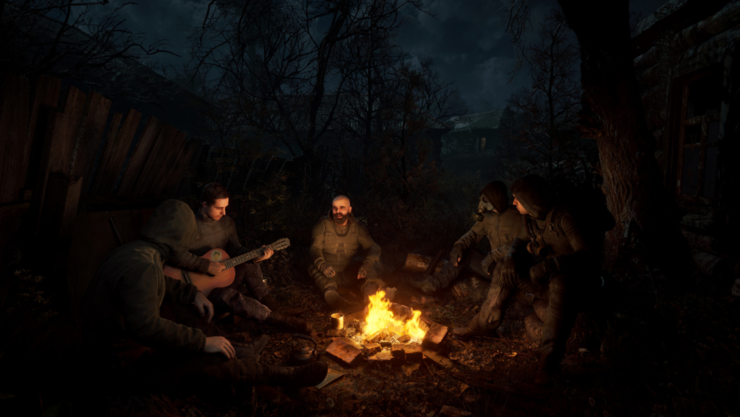 GSC Game World has announced on Twitter that their new Game S.T.A.L.K.E.R. 2 heart of Chernobyl, due for release in April 2021, will be working with NFT platform DMarket to introduce NFT into the Game in the form of skins, stickers and more.

In particular, players can buy the right to be "in the game".Players who buy the NFT will become "the first MetaHuman ever" and will be digitally twinned into the game as NPCS to accompany the player through the story.This happens a lot with crowdfunding for games, but GSC promises that this time around, high-precision digital modeling will make everything look even more realistic.

The idea of a "digital man" seems exciting, but despite repeated assurances that it won't cause the experience of players who don't buy NFT games to decline, GSC's bold attempt has generated a huge amount of criticism from the player community. A large number of players on Twitter claimed that NFT was a trap for capital "cutting leeks" and would no longer buy S.T.A.L.K.E.R. 2 Heart of Chernobyl. 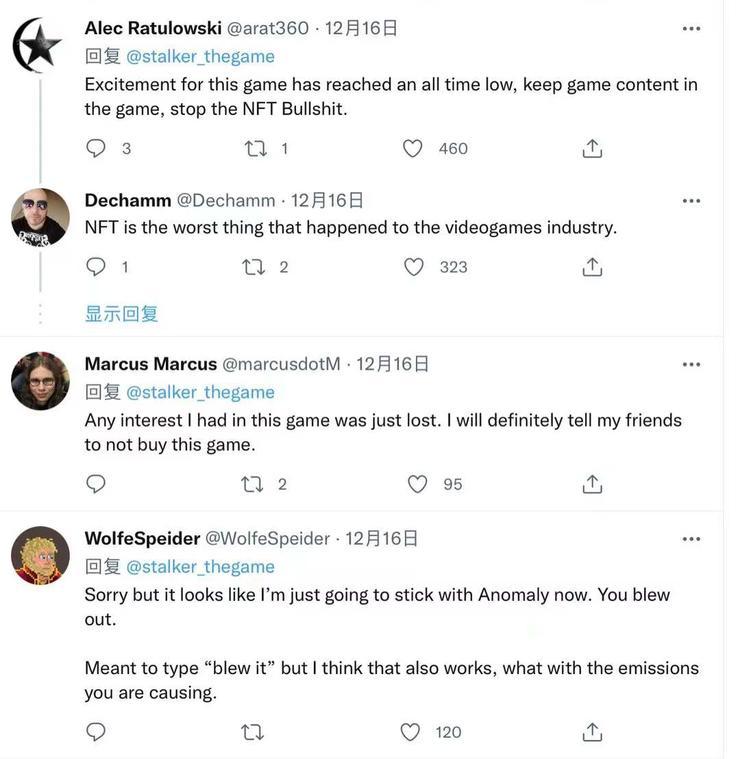 As an independent developer, the feedback clearly freaked GSC out. In the indie space, word of mouth is the lifeblood of a developer. Independent game developers often rely on word of mouth to sell their games among their community of players, and a collapse in that reputation can mean years of hard work are lost.

Two days after the announcement, GSC hastily deleted the tweet and promised to remove all NFT content from the game. Fortunately, because of their quick reactions and sincere attitude, players didn't dig too deep and say "Now it's time to buy your game again".

This failed attempt by NFT to get into the game was "short-lived". It happened overseas, but it's a cautionary tale.

Metaverse companies might want to think differently: instead of looking at the rosy picture, think about what users really want.

Tong Wu, a blockchain and digital economics scholar and meta-universe investor, observed that NFT gamers are not the same people as other gamers: they are more interested in "making money" from the game than the latter, who are more concerned with the quality of the game, and may not even care about the game itself.

Lumping together these two disparate groups of people certainly doesn't help sales, and the NFT is generally rejected and rejected by gamers, who are clearly not interested in being "digital people".

While the concept of the metadverse is beautiful, it takes solid business logic to get it off the ground. The tide will always recede, and respect for the market and demand will become an important foundation of the company.

Related news
In the metacosmic era, all art will become NFT
How can China build an NFT trading platform in the field of pictures?
NFT into the game was "scolded back", why the meta-universe in this game is depressed?
Grab money or innovate? The video game world is divided on NFT
"Sky-high" NFT is copycat, "boring ape" knockoff can "cut leek"?
Sky-high NFT is copycat, boring ape knockoff can also cut leek?
Most game developers question criticism of the NFT digital collection or cryptocurrency
Regarding NFTs and metaversities, YouTube's chief product officer talked about New Year's plans
NFT: An Internet "game Token"
Why is NFT plus a game equal to illusion?
Hot news this week
The developer of the dating app Tinder has reached an agreement with Google over billing rules for its app store
Still did it! Canada has banned Huawei and ZTE from participating in the country's 5G network on "national security" grounds
Red Elf Lightning erupts in the Himalayas Spectacular Spectacle: Experts Reveal What Exactly Is This?
Shipments in the first quarter fell 11%, exposed Xiaomi, OPPO, Vivo cut orders 20%, Apple bucked the trend to increase production
The founder of the Internet Quick Hand Su Hua was taken away for investigation, and the fast hand responded: the news was not true
Wang Xiang, president of Xiaomi, explained that a shortage of low-end chips is a major challenge in overseas markets
Tencent Q1: The business service business has "slightly decreased" year -on -year, and resource centralized video cloud and network security | View financial report
One picture to understand! Blue Factory has issued 3 new machines in a row: self-developed chip blessing, the narrowest lower border
Or for Studio Display Pro, the release of Apple's 27-inch Mini LED-backlit Display has been delayed by October
Sony released the active noise-canceling headphones WH-1000XM5, equipped with 2 chips and 8 microphones
The most popular news this week
Amazon CEO first appeared at the shareholders' meeting: to restore normal profit
Sony claims that the full recovery of membership upgrade fees is a technical error
Taobao 618 will be launched in the Yuan universe shopping: three -dimensional "shopping Taobao"
Yuncong will be listed on the Science and Technology Innovation Board on May 27 at 15.37 yuan per share
The amount refunded by the game company to the minor recharge should not be "discounted"
Regulatory Shot! Behind the app downtime of many securities institutions: how to break the digital transformation of securities companies
Apple iOS 15 Maps began offering AR walking navigation in Tokyo, Japan
Privacy is not compliant, 12 software has been informed! Huawei's smart life has been named many times, and it is also on the list
The arrival of the SIENNA sister models, faw Toyota Granvia named Greg Olivia | a train
Turning profit into loss, Ali Health saw its profit drop by more than 1 billion yuan and marketing expenses increase by 62%