AGCM issued a notice said, amazon in Italy market intermediary services platform (marketplace) dominated, amazon use of this advantage, support active on its platform sellers to use their own logistics service, limit of competitors, this is bad for competitors to provide logistics services, but also strengthen their dominant position.

In response, Amazon said it firmly opposed the Italian antitrust authority's decision and would appeal to a local court in order to avoid potentially large fines and changes to its business model, but the progress may not be good, as the EU antitrust has been very tough.

On November 23rd it emerged that Amazon had a relationship with Apple in the process of selling Apple and Beats products. Anti-competitive cooperation ” Italy's AGCM slapped Amazon with a €68.7 million antitrust fine. The two fines total nearly 1.2 billion euros.

In fact, the antitrust investigation began in April 2019, when Amazon offered its own logistics service to third-party merchants on the platform. If they chose this service, merchants would gain traffic advantages, and their products would be placed in more prominent positions and higher search rankings, thus increasing their sales.

Italy's antitrust regulator noted that the ranking method has nothing to do with the quality and efficiency of logistics services provided by sellers, but only whether they subscribe to Amazon logistics, and decided to launch a preliminary investigation into whether Amazon is abusing its dominant position in e-commerce and logistics services.

According to incomplete statistics, Amazon has been fined more than 2 billion euros in recent years, and the antitrust investigations are mainly concentrated in the EU area.

In fact, antitrust investigations and fines against Internet and other tech giants are nothing new, especially in the European Union, which is almost the world's most aggressive region for antitrust sanctions. All told, the European Union has imposed severe penalties against Alpha Beta totaling 8.2 billion euros, or $8.9 billion.

Google, Apple and Facebook have all been subject to antitrust investigations in the past, and the tech companies have tried and failed to reach a settlement with the European Commission, while the prospects for Amazon's negotiations are not good either.

“ No rules, no square and square. Market economy is based on the rule of law and monopoly seriously disrupts the normal market order hinders fair competition and damages the legitimate rights and interests of consumers. Both the European Union and the United States are intensifying their anti-monopoly supervision, and the recent establishment of China's anti-monopoly Bureau has given a strong signal to the outside world.

Large Internet enterprises should think carefully about how to avoid being the target of anti-monopoly investigation in the face of the sudden escalation of global anti-monopoly. They should continue to contribute value to society and take into account their social responsibilities while realizing economic revenue. 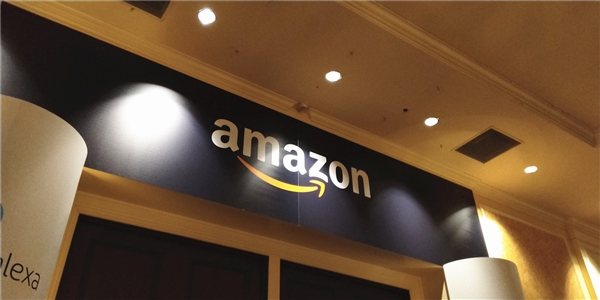 Related news
Double Robotics pushes forward a new generation of telepresence robots: as if in an analog video game
Hot news this week
The developer of the dating app Tinder has reached an agreement with Google over billing rules for its app store
Still did it! Canada has banned Huawei and ZTE from participating in the country's 5G network on "national security" grounds
Red Elf Lightning erupts in the Himalayas Spectacular Spectacle: Experts Reveal What Exactly Is This?
The founder of the Internet Quick Hand Su Hua was taken away for investigation, and the fast hand responded: the news was not true
Wang Xiang, president of Xiaomi, explained that a shortage of low-end chips is a major challenge in overseas markets
Or for Studio Display Pro, the release of Apple's 27-inch Mini LED-backlit Display has been delayed by October
Tencent Q1: The business service business has "slightly decreased" year -on -year, and resource centralized video cloud and network security | View financial report
One picture to understand! Blue Factory has issued 3 new machines in a row: self-developed chip blessing, the narrowest lower border
Sony released the active noise-canceling headphones WH-1000XM5, equipped with 2 chips and 8 microphones
Tencent established a smart technology company in Chengdu, and its business scope includes Internet data services
The most popular news this week
Xiaomi's first Leica flagship! Xiaomi Mi 12 Ultra's latest appearance map: the screen ratio is amazing
The founder of Xiaopeng Auto! He Xiaopeng uses "Keda Duck" to ask for help online
Not afraid of merchants "first rise and then fall"! 618 Taobao launched a new feature: one-click refund of the price difference
How does the Internet make People Copy each other
Fed Vice Chairman: The future digital dollar may complement the coexistence of stablecoins and commercial bank currencies
ZHANG Pingan, CEO of HUAWEI CLOUD: The value of data governance in China has not been fully tapped Data and AI should be accelerated
Shenzhen Atmosphere! The sales price of mobile phones, computers and other products is subsidized by 15%
Microsoft shows third -party components: Win11 chicken rib function is saved
No need to grab it! Sony announced an increase in PS5 shipments
Audi advertising poster photos only sell for 8 yuan? Photographers question the unreasonable use of the photo purchase