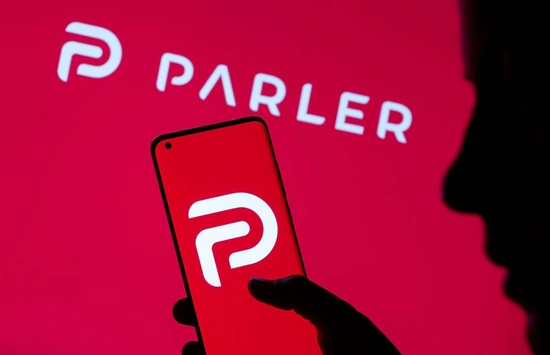 Sina Technology News On the morning of December 21, Beijing time, social media platform Parler reportedly said on Monday that the company will expand its business into the NFT field, and Parler's plan further highlights the rapid growth of this digital asset in recent months.

An NFT is a digital asset, usually purchased in cryptocurrency or US dollars, capable of containing everything from images and videos to text. Ownership records are tracked on the blockchain, which acts as a public ledger that allows anyone to verify the authenticity of the NFT.

NFTs have been trading since around 2017, initially gaining popularity in early 2021 and then becoming popular again in August this year.

Just last week, former U.S. First Lady Melania Trump founded an NFT and blockchain technology venture led by Parler. On Monday, the company said in a statement: "Parler will continue to build its digital offerings through NFT channels that build communities and foster creativity, while further fulfilling the platform's commitment to user freedom and security." ”

Parler is a social media site launched in 2018 that offers free speech space for those seeking alternatives to major platforms such as Facebook and Twitter. It quickly gained favor with supporters of former U.S. President Donald Trump.

However, Parler was in a slump for about a month after being removed from its app store by Apple, Google parent Alphabet and Amazon. The businesses accused the app of failing to monitor the violence associated with the Jan. 6 trump supporters' deadly attack on the U.S. Capitol.

Related news
Foreign media: conservatives who claim FB and twitter are censoring are flocking to Parler, who invested in Mercer
Parler is ready to go offline before Amazon's online service ban
Social network Parler sued Amazon for kicking its services off the Internet
Amazon has asked the court not to order the restoration of its hosting service to the social network Parler
Why did Parler become a gathering place of "Sichuan fans" when the number of users increased by 10 million in one year
The CEO of social app Parler said he was fired because he wanted to fight qanon and hate speech
NFT into the game was "scolded back", why the meta-universe in this game is depressed?
U.S. social media app Parler announced it will enter the NFT space
The NYSE filed an NFT market trademark application with the U.S. Patent and Trademark Office
Tencent tears the FIG leaf from China's NFT
Hot news this week
Biden signed a chip and scientific bill, a video call of WeChat iOS internal test suspension window, the advanced CPU caused Win11 to be difficult to use, Huawei new machines enter...
Alibaba: Shareholders SoftBank will settle in advance for advanced payment in advance involving a maximum of about 242 million ADR
Text message color, picture quality compression! Google calls out Apple for improving cross-device messaging
How to regulate the "broken card" operation to crack down on electrical fraud to prevent "accidental injuries" with cards?
Musk's eyes! Lei Jun released a full -size humanoid robot Xiaomi self -developed strength explosion table
Japan has confirmed that China has overtaken the US for the first time in the world's top three indicators of scientific papers
SoftBank Group announced the early settlement of up to 242 million forward contracts for ADRs in Alibaba, reducing its stake to 14.6 percent
iPad 10 will be absent from iPhone 14 conference: October appeared on Apple's last non -comprehensive tablet tablet!
Kuaishou TOB business Yu Bing: Self -developed chips or mass production after the end of the year, the video must be turned into light industry
The three major indexes of the US stocks opened sharply: ROBLOX fell more than 4%, Twitter and Tesla rose more than 3%
The most popular news this week
Put an SSD in your phone: from 2,499 yuan
China's largest general purpose drone! The first five flights were successful
IPhone 14 to be released alongside Huawei Mate 50: Which bangs do you choose?
Tencent's agent of the Russian war online game announced the suspension: Customs Customs in October
Will the heat this summer cause the winter to be extremely cold? Expert science
New Intel NUC Mini! First time with Core P 12 and a castrated version
Lenovo and Motorola are involved in the case! US ITC launched 337 surveys on mobile electronic devices
Apple excludes RCS from iMessage iPhone users miss out on 5G messages
Can the Bayeng government smashing the billions of dollars to subsidize the new energy vehicle market, can the goal of "Made in North America" achieve it?
Windows 12 new picture is here: Feel it in advance