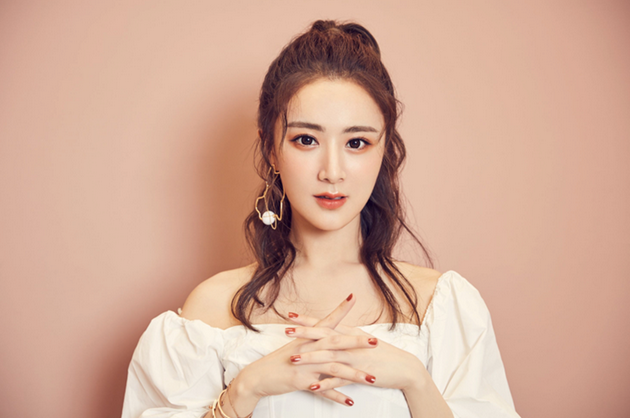 Viya, an Internet celebrity, finally took a big tumble. And the powerful weapon that let her suffer this "disaster" is big data.

So, how does big data check taxes? Relevant experts revealed to Sina science and technology, in fact, only need four steps, can basically determine which anchors, the existence of tax evasion.

Some technical personnel who have been engaged in the design of tax big data system said that there are many aspects to carry out tax supervision of network broadcast by using big data technology.

In terms of technology, different local governments may have different means and methods of tax evasion supervision and inspection due to the different technology providers they choose to cooperate with in tax supervision. But on the underlying technical principle, the principle is the same.

First, monitor the sales data of each live broadcast by network anchors;

Second, combined with the calculation of the sales commission of each commodity, the single sales income and tax payable of the network anchor can be roughly predicted.

Third, based on the real tax records that can be queried after the tax system is opened, the tax payable and the actual amount of tax paid by specific taxpayers are compared. If there is a large income gap between the two, the "problem anchor" of tax evasion can be basically determined.

Fourthly, targeted investigation should be carried out for the "problem anchor", and financial data such as the amount of funds between the banking system should be audited. If the fund situation is seriously inconsistent with the tax payment ratio and there is no reasonable reason to state, it can be basically determined whether the person has committed tax evasion.

"In fact, it is not difficult to predict whether there is tax evasion or not by estimating the tax receivable from the public information such as the trading volume of anchors."

In this person's opinion, after obtaining the tax data of anchors, there are many aspects to use big data technology to carry out tax supervision of network broadcast through historical direct sales data of anchors, actual orders and revenue forecast.

By the state administration of taxation "golden tax system" as an example, the authorities put to use "gold 3 period" system, the function of big data using the evaluation system, realize the merger of China land tax data, at the same time, through the different post responsibility system and the collection and administration process carding and configuration, the tax system to meet the business process of the whole monitoring. Every ticket opened by the supervised object, every ticket received, can be seen by the supervision.

And in the future to upgrade online "gold four period" in the system, not only covers the taxation, at the same time through the various ministries and commissions, the people's bank and the bank information data between participating institutions, relevant personnel mobile phone number of firms, corporate tax state, the unity of the enterprise registration information verification, and other functions, will include "non-tax" business, More comprehensive monitoring of services is achieved.

"With the launch of the fourth phase of the Golden Tax system, individuals' tax, industrial and commercial data, social security and banking data can be consolidated and calculated at any time, and enterprise personnel, income and other information are interconnected, so there is less and less room for tax evasion." 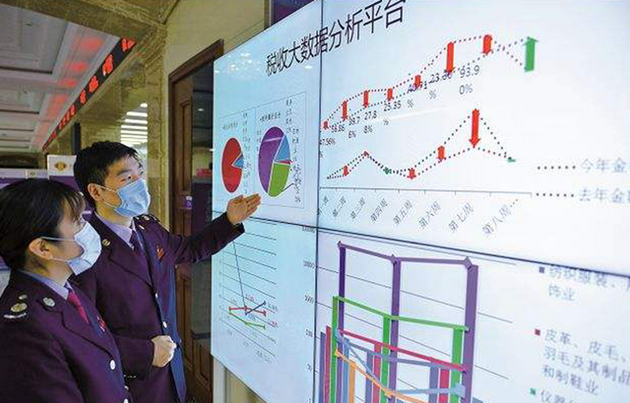 Don't play hide and seek in the tax system

In fact, before this, with the help of big data technology, national tax authorities have repeatedly found and punished network anchors for tax evasion.

On November 22 this year, Zhu Chenhui (Sydney), Lin Shanshan two network anchors were suspected of tax evasion, and finally Zhu Chenhui was recovered taxes, plus overdue fine and planned to be fined 1 times a total of 65,553,100 yuan. Lin shanshan was fined 27.6725 million yuan, plus a late fee. At that time, hangzhou tax Bureau used big data technology to supervise this case.

Before that, on October 11, The Taxation Bureau of Jinshui District of Zhengzhou city used big data to realize automatic data extraction from the information system, and strengthened tax collection and management of employees in the entertainment field, collecting 6.624,400 yuan of tax from an Internet celebrity and collecting it into the state Treasury.

Compared with traditional methods of collection and management, big data can indeed get more information. "Big data makes it easier for tax authorities to track online sales and rewards," wang Hao, a professor at the School of Finance and Taxation at the Central University of Finance and Economics, said in a previous exchange. It will also be easier to determine the nature and amount of tax violations committed by anchors.

Under the joint action of various factors such as technology realization and policy acceleration, the role that big data technology can play in the field of live broadcasting tax regulation will be further amplified. For those who are still evading taxes and avoiding taxes, time and opportunity may be running out for them to continue to exploit loopholes in tax regulation.

"This is a loud wake-up call for every network host to realize that those who have evaded tax in the past should immediately rectify the situation and do not try to play 'hide and seek' in the tax system." Wei Ya was punished, there is such an evaluation of the industry said.

Since it became popular in 2016, the online live broadcasting industry has experienced more than five years of savage growth. With the occurrence of The punishment of Viya for evading taxes, it may have reached a new stage of the development of new tax regulation and compliance.

Related news
How to stop a divorce
HOW I WON BIG
HOW TO JOIN ILLUMINATI +27717917137whatsapp
Hot news this week
China has found 35 known cases of the new zoonotic virus Langya
Losses in a single quarter of $ 23.4 billion a record, SoftBank did not carry the plunge of technology stocks and the devaluation of the yen
The prevention and control of the American Monkey epidemic has failed. What should I pay attention to?
Kuaishou launched a self-developed cloud intelligent video processing chip: The chip has been streamed successfully
The new product of Xiaomi MIX is coming: both internal and external dual -screen has been upgraded to make up for the previous generation.
Ministry of Public Security: Single telecommunications network fraud continues to cause 40 % of all electrical fraud cases
A new zoonotic virus, Langya, found in China has not yet been confirmed to be transmitted from person to person
A tech company in Shanghai has been fined 220,000 yuan for swiping orders to improve its ranking on Yelp
Special price "kill ripe"? Bike-sharing platforms have different prices for the same package for different users
Alibaba: Shareholders SoftBank will settle in advance for advanced payment in advance involving a maximum of about 242 million ADR
The most popular news this week
Apple's new iPad does not support 3.5mm headphone hole, Baidu map big update, anchor adopted two protected plants were checked, Rui Dragon 7000 series price stolen, these are the o...
A proposed ban on Internet addiction in California has failed
Industrial star attraction strategy to cope with the American semiconductor strangulation strategy
"Mother of the Chip" suffers! The United States blocked EDA to China: not so simple
8K Super Clear screen records Lingyue of China Space Station! Only 0.72 seconds
Sell to Tencent less than a year Sogou by the big purge: three major businesses are gone
After being suppressed by the United States, why did Ren Zhengfei thank you?
The fightback is coming! After ditching 34 Chinese suppliers, Apple was decisively rebuffed by two Chinese companies
Too sudden! The United States is clamping down again
Why is brain labor tired? Scientist: The brain can make poison