The US Internet Association announced that it is closed: Google Microsoft and other scientific giants are not intensified.

According to reports, due to the increasing relationship between Microsoft, Amazon, Google, Apple and Meta (Facebook Parent Companies) and other Internet giants, the "Internet Association" (IA), which has been established in the 11-year-old technology industry (IA). 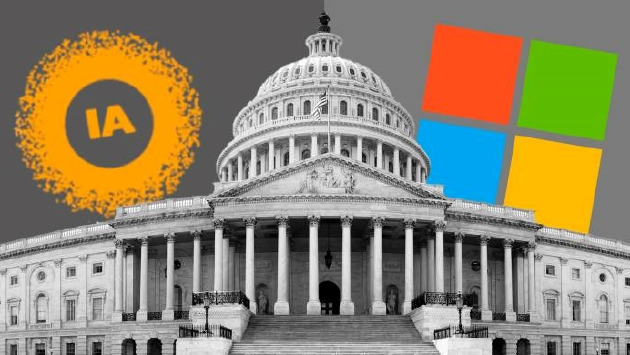 The US "Internet Association" is headquartered in Washington, which claims to be "unified sound" in the Internet industry. The Association announced today that it will be closed at the end of this year. Previously, Microsoft and Uber and other companies withdrew fund support and left an insurmountable fund gap.

"Internet Association" said in a statement: "Our industry has experienced huge growth and changes. This closing association is also the natural result of this evolution."

The industry observer said, the closure shows that the policy objectives of its large technology company members have become more and more different, and Microsoft is particularly hoped to maintain a distance from Silicon Valley (exempt from anti-monopoly allegations).

YELP Public Policy Director Lud & Middlee said on Twitter: "A few years ago, the Internet Association can save yourself by expeling a large-market value of more than $ 500 billion in big companies." YELP has quited in 2019. The association. Luode & Middot; Luo said: "I put this suggestion to the leaders a few years ago, but I was refused, so we quit."

Although Microsoft is the second most valuable technology company in the United States, the company has always been able to avoid the latest concerns of antitrust. Unlike Meta, Google, Apple and Amazon, CEOs, Microsoft CEO Satia & Middot; Nadla (Satya Nadella) was excluded at the May 20020, and others were summoned. Accept a long time to ask.

In addition, Microsoft has not become an anti-monopoly target of the US Federal Trade Commission (FTC). As we all know, Microsoft has encountered anti-monopoly allegations in the beginning of this century, and the company has been split. Lin En said that Microsoft is keen to keep the distance from competitors, because "they have experienced pain."

Opensecrets data shows that Microsoft is lagging behind Amazon and Google in 2021 lobby expenses. The first three quarters of this year, Amazon is the most active, lobby expenditure is $ 15.3 million, while Google and Microsoft are $ 9 million and $ 7.8 million respectively. These numbers do not include their contribution to industry organizations such as Internet Association.

Related news
RHEL-based Scientific Linux stops development Related devices will be migrated to CentOS
US space force
Google AR AI visual world cultural heritage microbeauty hologram (WIMI.US) digital display PK traditional model
Why can't Google and Amazon play games well?
Hot news this week
ByteDance invested in Sequencing Technology, which is an AI industrial SaaS software service provider
It's hard to escape the monopoly sanctions American court dismissed Facebook against FTC counterattack
Former search president of Baidu xiang Hailong joins Transsion The company that sells mobile phones wants to do more Internet
2021 Global Patent List Released: Huawei ranked fourth in the top five in the world in the United States
Jiangxi Bank welcomes the new sector, the former is dismissed, and the profit has decline since the listing since the market.
Rewrite history! The largest acquisition in the game industry was finalized: 80.9 billion yuan exceeded Tencent's record
Ma huateng: Tencent is just an ordinary company that can be replaced at any time
The Shanghai Astronomical Observatory found a case of a galaxy "escaping" 12.1 billion light-years away
Enterprise WeChat active users reached 180 million The new version is connected with the video number
Lanzhou Bank was abandoned to buy 12.85 million yuan, and the first issuance was "broken", still 4 times more expensive than its peers
The most popular news this week
Tesla is still a "fragrant feast" The four Indian states invited him to set up a factory in the local area
Reduce dependence on China? Tesla gets key battery materials from Mozambique
Lei Jun suggests that Xiaomi 12 series is about white
Netizens opened the Xiaomi router 4 four years ago: I found "ARE YOU OK!!!"
A hardware conference, why talk about software but more time?
The chip is comparable to the Mac, the computing power exceeds the iPhone, and the Apple AR/VR headset is really so strong?
Can working in the metasverse be more productive? Lenovo's Huang jianheng: There are also complex technical challenges
Cait: it is not recommended to take quarantine measures directly for travel card users with asterisks
Zhao lijian said the UK's decision to block Huawei under PRESSURE from the US was damaging others and not benefiting itself
Zhao Lijian responded to the British "blocking" Huawei: generalizing the concept of national security harms others and harms themselves