IT House December 24th message, according to Mspoweruser, "News and Interest" taskbar widgets on Windows 10 is relatively similar to the widget system on Windows 11, but different in the access mode. 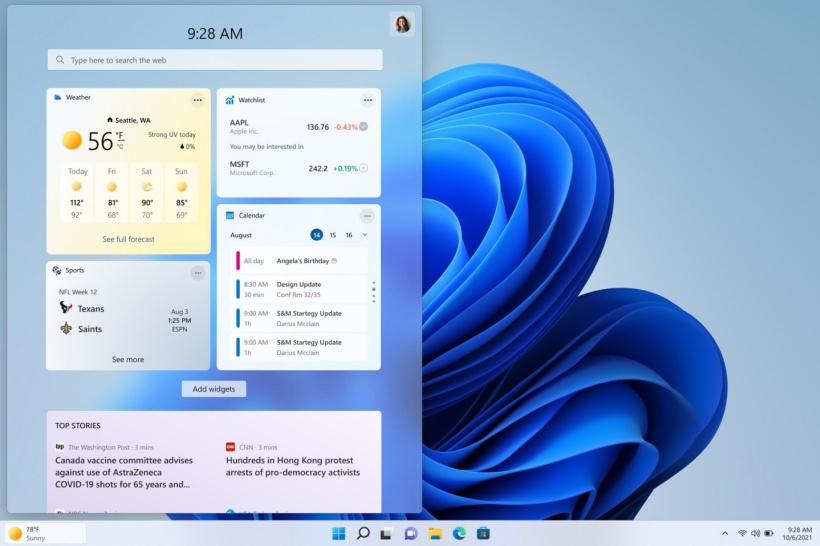 On Windows 10, there is a real-time widget in the taskbar, showing weather, stock price indicators and other press projects, so it is also useful even if you don't open the actual small component. 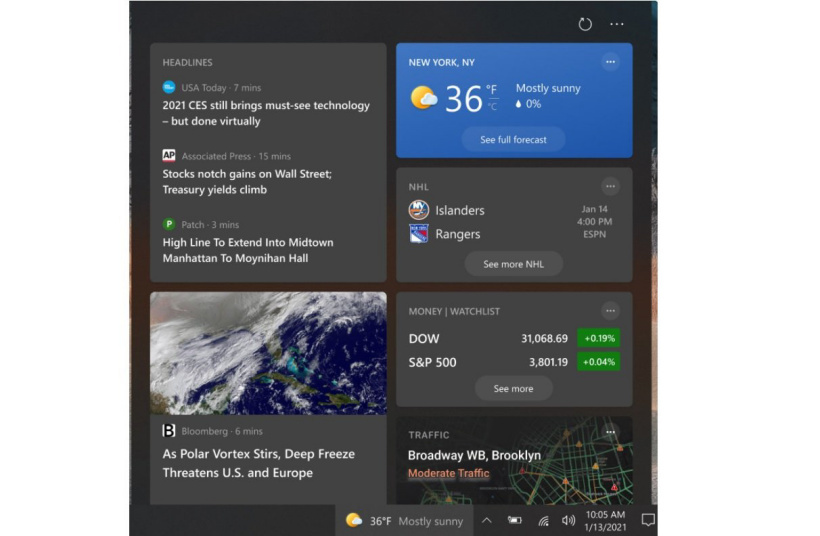 On Windows 11, there is a small component icon in the taskbar, but it is static, it is easy to forget, so click on its attraction. 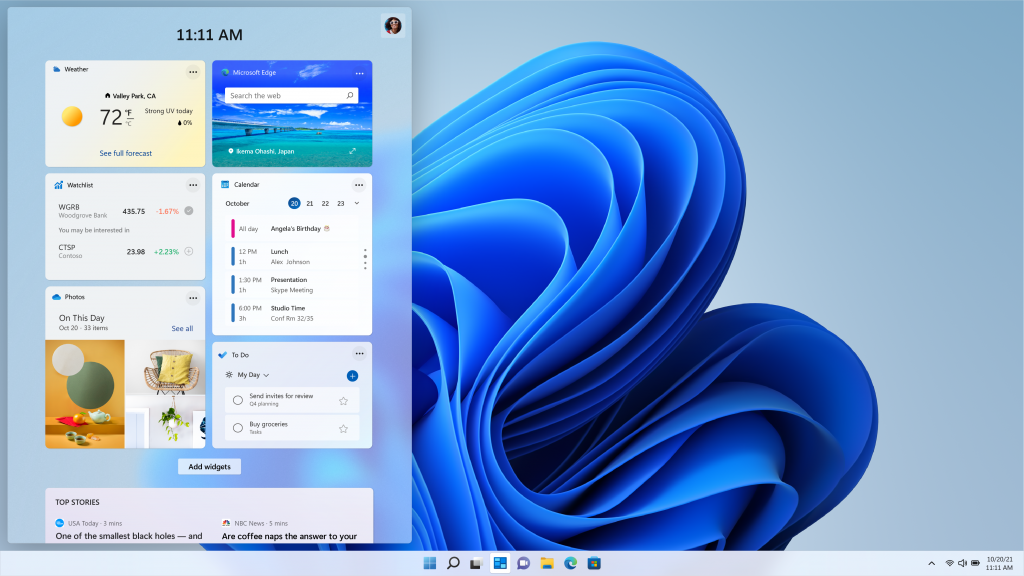 Microsoft must notice that their new Windows 11 small components are far below Windows 10 "News and Interest" wages, because the company is tracking the Function of Windows 10.

"We are trying to display small component entry points on your task bar and display real-time weather content. You can also open the widget panel by simply hovering the mouse over the entry point."

IT House is informed that the new taskbar widget is no longer living, but in the "Start" menu button of Windows, it is believed that this will result in a large number of unexpected click. The small component will now open at the hover, which is another annoying of the Windows 10 version (but can be easily disabled).

Despite the early opposition, some users have already liked the "news and interest" group, which undoubtedly help Microsoft MSN has become one of the world's largest news communication sites.

Related news
Is win11 faster and stronger than win10? Win11 performance data exposure
Microsoft's "big knife Department"! Functions abandoned by win11
NVIDIA and Intel release win11 driver! Win11 game features exposed
New generation game artifact talk about win11 game features
Win11 new features at a glance! Taken on a new look
Is the card slow after upgrading Win11? Win11 has performance issues: Teach you to fix them
Win11 22518 new preview! New features and problems
The new version of Win11 is released! The problem that has plagued users for a long time has finally been fixed
Win11 taskbar experience is too bad! Microsoft is trying to repair the problem
A trivial change Win11! This looks more like an apple.
Hot news this week
Zhao Lijian responded to the British "blocking" Huawei: generalizing the concept of national security harms others and harms themselves
Zhao lijian said the UK's decision to block Huawei under PRESSURE from the US was damaging others and not benefiting itself
Tencent web drama "Beginning" Douban opening score 8.2: the male protagonist's mobile phone has become a highlight!
AsiaInfo Technology Announces Acquisition of iResearch Consulting to continue to increase digital operations and digital and intelligent transformation
Samsung's new notebook patent publication: the keyboard is divided into two-quarters after two folds.
Canon China plans to close some production lines in Zhuhai in response to the zhuhai company's suspension of production
Breakthrough: Chinese scientists have discovered and confirmed the boson exotic metal for the first time
Volkswagen's sales in China plummeted, a record low in 8 years! The CEO revealed the reason for the helplessness
The country's first artificial brush interference search engine calculation bill sentenced Baidu to pay 2 million yuan
The small screen mobile phone that is confident than the iPhone 13Mini is marginally released for two month declarations.
The most popular news this week
145 yuan of apple polished cloth grown? Official teach you how to clean
IDC: Nearly 20% of IoT systems are expected to support AI by 2024
Insurance premium inventory of listed insurance companies: auto insurance business is "turning point", life insurance to achieve positive growth
Comac vice President: The first homegrown large aircraft, the C919, is expected to be delivered this year
131,000 needles, another sky-high drug into China
Thousands of people resign NetEase game planning follow-up Harry Potter mobile game official apology
Behind Microsoft's nearly $70 billion acquisition of Activision Blizzard: $130 billion cash pile
Once the four little dragons of Guangdong, Hong Kong and Macao, and made a fortune from sports, how does Aoyuan cope with the 4.4 billion short-term foreign debt?
NetEase's "Harry Potter: Magical Awakening" topped the hot search list: "liver and krypton" caused player dissatisfaction
K50 e-sports edition opponent is coming! A new Chinese phone released in February: it claims to be the best gaming phone