IT Home December 24th, recently, Xi'an New Crown Epidemics broke out, and the local area was carried out. According to the intensive consultation survey, Samsung has two large factories in Xi'an, which is used to create a 3D NAND flash chip.It accounts for 42.3% of the company's NAND Flash capacity, accounting for 15.3% of the global NAND capacity.

Many people are worried that Samsung Factory will be affected by Xi'an, which leads to decline in production, which in turn affects the global market. Capangular consultation said that now the city measures do not affect the normal operation of the plant. 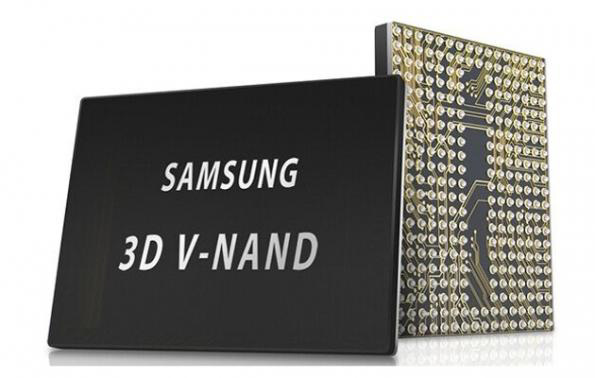 The local sealing city measures strictly control the flow of people and logistics, although the previous shipments have been arranged in January 2022, but cannot exclude the possibility of latency due to logistics delays, this will might arrange the material arrangement of the purchasing end Result in an impact.In addition, the company's original material costs may also be delayed by logistics, but there are still safe water inventory in Samsung Factory, which can be done in the next few months.

The IT House is informed that Xi'an is also a MICRON memory. It is not affected by the city, but there is still logistics concerns because of the effects of the test. Although the region accounted for the overall preference and production capacity is low, the DRAM spot price will be fluctuated by the incident in the short term.

At present, the spot price of NAND Flash has not yet fluctuated significantly because of the city incident. The stock sales in the spot market is high, and the recent trading volume is weak and the price fluctuations are small.

The Pradonautical Consultation maintains the previous proposal, and the average price of NAND Flash is expected to fall by 10 to 15%.

Related news
Toshiba's five factory power outages boosted analysts' bullish NAND prices
Samsung began production of 100-layer V-NAND flash memory, the main enterprise-class SSD market
The world's top 3-D NAND is the most critical one, and the storage of 64-layer chip in the Yangtze River is officially produced.
Total investment of $7 billion to accelerate the construction of an Xi 'an NAND flash factory
Samsung will expand its 3D NAND plant in Xi'an to produce 130000 wafers a month
Jibang Consulting: Global NAND flash revenue grew by 8.3% month on month, and Samsung's share fell by 2%
Samsung will invest more than $5.7 billion in NAND flash chip production line in hanzeng
Tongbang consultation: Samsung NAND FLASH chip production is not affected by Xi'an Fengcheng
Hot news this week
ByteDance invested in Sequencing Technology, which is an AI industrial SaaS software service provider
It's hard to escape the monopoly sanctions American court dismissed Facebook against FTC counterattack
Former search president of Baidu xiang Hailong joins Transsion The company that sells mobile phones wants to do more Internet
2021 Global Patent List Released: Huawei ranked fourth in the top five in the world in the United States
Jiangxi Bank welcomes the new sector, the former is dismissed, and the profit has decline since the listing since the market.
The Shanghai Astronomical Observatory found a case of a galaxy "escaping" 12.1 billion light-years away
Rewrite history! The largest acquisition in the game industry was finalized: 80.9 billion yuan exceeded Tencent's record
Ma huateng: Tencent is just an ordinary company that can be replaced at any time
Enterprise WeChat active users reached 180 million The new version is connected with the video number
Lanzhou Bank was abandoned to buy 12.85 million yuan, and the first issuance was "broken", still 4 times more expensive than its peers
The most popular news this week
Build a car in an average of 34 seconds! The annual production capacity of Tesla's Shanghai factory may exceed 1 million units
Due to the false statement of leshi securities, shanxi securities subsidiary was sued for 4.571 billion yuan
Realme China President Xu Qi: Dynasty "The most popular science and technology" ""
Tesla is still a "fragrant feast" The four Indian states invited him to set up a factory in the local area
Reduce dependence on China? Tesla gets key battery materials from Mozambique
Lei Jun suggests that Xiaomi 12 series is about white
Netizens opened the Xiaomi router 4 four years ago: I found "ARE YOU OK!!!"
A hardware conference, why talk about software but more time?
The chip is comparable to the Mac, the computing power exceeds the iPhone, and the Apple AR/VR headset is really so strong?
Can working in the metasverse be more productive? Lenovo's Huang jianheng: There are also complex technical challenges