Can CES still happen? Google, Waymo and General Motors are among the companies that have announced they will not show 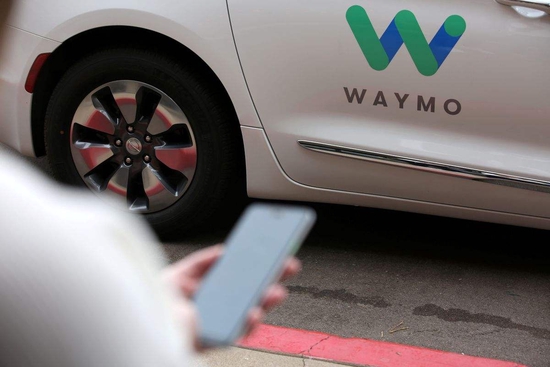 Us automaker General Motors, Alphabet Inc's Google, and Waymo, its self-driving car technology subsidiary, announced on Thursday that due to rising COVID-19 infection rates, Therefore, they will not attend the Consumer Electronics Show (CES) next month.

Gm CEO Mary Barra was scheduled to deliver a keynote address at the annual event on Jan. 5, and the automaker had planned to unveil its Silverado electric pickup truck for the first time during CES. Ms. Barra will be speaking and demonstrating new models remotely, a company spokesman said.

"We have decided to participate in an all-digital manner at CES 2022 in January," the US carmaker said in a statement. We will continue with our plan to share our major corporate news on January 5, including the launch of the Chevrolet Silverado electric vehicle."

A Google spokesperson also said in a statement: "After careful consideration, we have decided not to be present at CES 2022." He added that Google would continue to participate in the event in a virtual way.

Waymo said in a blog post that it would also like to participate in the Las Vegas event virtually if possible. In the past, CES has attracted more than 180,000 people from around the world, who gather to discuss emerging technologies and party all night with business partners.

TikTok, which is owned by Bytedance, said it would host a virtual event for its partners and advertisers. Intel also said Thursday that it would minimize the number of people attending CES. "The health and safety of our employees, partners and customers is always a priority," the chipmaker said. For this CES show, we are prioritizing specific numbers and minimizing the number of people on site."

Including Facebook parent Meta Platforms, Twitter, Lenovo, AT& T and Amazon were among several other companies that announced earlier this week that they would not be attending CES. The companies say,

Out of concern for the spread of Omicron, they will not send staff to the show.

CES officials say the event will still run from January 5 to 8 and that organizers will put in place "robust security measures," including requiring all exhibitors to be vaccinated, all on-site personnel to wear masks, and everyone to be tested for COVID-19.

"Our mission remains to bring the industry together and make CES digitally accessible to those who can't attend in person," organizers said in a statement. CES 2022 will move forward as important innovations for world health and safety, mobility and problem solving will be showcased at this event."

They added that although they had received 42 cancellation applications from exhibitors since Thursday, that represented less than 7 percent of the total number of exhibitors, and that the fair had added 60 companies.

The Omicron variant was first detected last month in South Africa and Hong Kong, sparking global concern about the fast-spreading variant. In places where the highly contagious Omicron has spread, novel coronavirus infection rates have soared, triggering new restrictions in many countries.

Related news
Norwegian Fresco Motors announced the launch of high-performance electric vehicle Reverie 100 km acceleration in only 2 seconds
U.S. Electric Vehicle Inc. Lucid Motors postpone the release of mass-production Lucid Ai
Lordstown motors launches new endurance Pickup Concept Car
O'K克 hits Meta and Twitter to give up participating in 2022 CES
Can CES still be opened? Google, Lenovo and other companies are no longer exhibiting on the spot
Can CES still happen? Google, Waymo and General Motors are among the companies that have announced they will not show
Hot news this week
Zhao Lijian responded to the British "blocking" Huawei: generalizing the concept of national security harms others and harms themselves
Zhao lijian said the UK's decision to block Huawei under PRESSURE from the US was damaging others and not benefiting itself
Tencent web drama "Beginning" Douban opening score 8.2: the male protagonist's mobile phone has become a highlight!
AsiaInfo Technology Announces Acquisition of iResearch Consulting to continue to increase digital operations and digital and intelligent transformation
Samsung's new notebook patent publication: the keyboard is divided into two-quarters after two folds.
Canon China plans to close some production lines in Zhuhai in response to the zhuhai company's suspension of production
Breakthrough: Chinese scientists have discovered and confirmed the boson exotic metal for the first time
Volkswagen's sales in China plummeted, a record low in 8 years! The CEO revealed the reason for the helplessness
The country's first artificial brush interference search engine calculation bill sentenced Baidu to pay 2 million yuan
The small screen mobile phone that is confident than the iPhone 13Mini is marginally released for two month declarations.
The most popular news this week
Some people have a health code to turn yellow, clearly: receiving this courier to make a nucleic acid immediately
Baidu Maps pushes immersive navigation: Chongqing 3D navigation is coming
Tesla insisted not advertising
145 yuan of apple polished cloth grown? Official teach you how to clean
IDC: Nearly 20% of IoT systems are expected to support AI by 2024
Insurance premium inventory of listed insurance companies: auto insurance business is "turning point", life insurance to achieve positive growth
Comac vice President: The first homegrown large aircraft, the C919, is expected to be delivered this year
131,000 needles, another sky-high drug into China
Thousands of people resign NetEase game planning follow-up Harry Potter mobile game official apology
Behind Microsoft's nearly $70 billion acquisition of Activision Blizzard: $130 billion cash pile