Tencent "Division to reduce" Jingdong, what is deep

On December 23, Tencent Holdings issued an announcement, will pass the medium-term dividend to the Qualified shareholder, and the basis will be issued to the qualified shareholder. Get 1 common stock of 1. After the division is completed, Tencent's shareholding will drop from 16.9% to 2.2%. By, Liu Qiangdong, holding Jingdong 13.5% stake, will become the largest shareholder of Jingdong. At the same time, Tencent President Liu Chiping will also take a director of Jingdong.

By dividing the third-party company stock, such operations are relatively rare in the capital circle. Many industry insiders also describe the operation of Tencent as "God Operation" and "Genius". What is it deep behind rare operation? Some gods down, affect Tencent, Jingdong affecting geometry? Does other companies that receive Tencent investment need to "live peace"?

Buy Tencent to send Jingdong, what is the purpose behind?

First, in terms of Tencent, its consistent investment strategy is: the company invested in the development stage, and withdraws from the appropriate time to raise funds for its future plans to raise funds. Jingdong has reached this stage, so it is also an appropriate time to exit. In the case of a mid-term dividend, it is to share the investment results of Jingdong with Tencent Shareholders, and better realize the return on investment.

In the Jingdong maturity, Tencent's own strategic positioning, as well as the adjustment of investment direction, and one of the causes of Jingdong. Nan Fair, Liu, pointed out that in 2018, Tencent clearly clarified the long-term strategic direction of digital transformation. At present, more energy will be in the systematic upgrade of games, social, clouds and other main industries, and shrink the layout of non-main industry. It is inevitable. 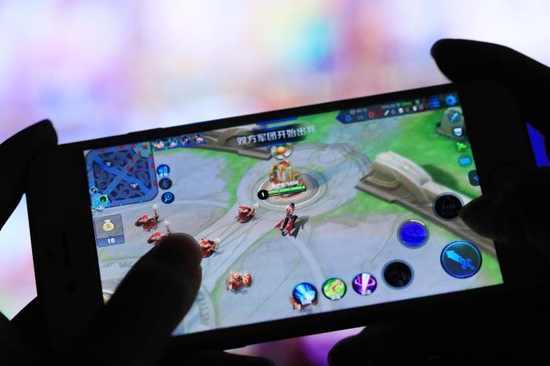 In fact, the consideration of the macro environment is also an important reason for Tencent. Zhang Gang, chief analyst of Southwest Securities, pointed out that the current regulatory environment is anti-monopoly, itself Tencent is in the game, socially has a high market share, if there is also control of e-commerce, it is possible to form a certain degree of monopoly in this field. There will be many restrictions after the monopoly, it is better to quit, return to your own business.

Therefore, in the view of investors, Tencent's wave operation not only highlights his interests of shareholders, but also saves cash flow for the company, in response to the "common prosperity" national call, is a "one stone three birds".

What is the geometry of the two parties?

Ren, with the demarcation design, Jingdong cooperates again, rare operation, the market is still slightly impacted. On the 23rd, Tencent "reduced" announcement, Tencent ushered in the "hot kiss" of the capital market, opening up to 2%, the report rose 4%; Jingdong is going through the water, the disk has fallen over 10%, 7%. 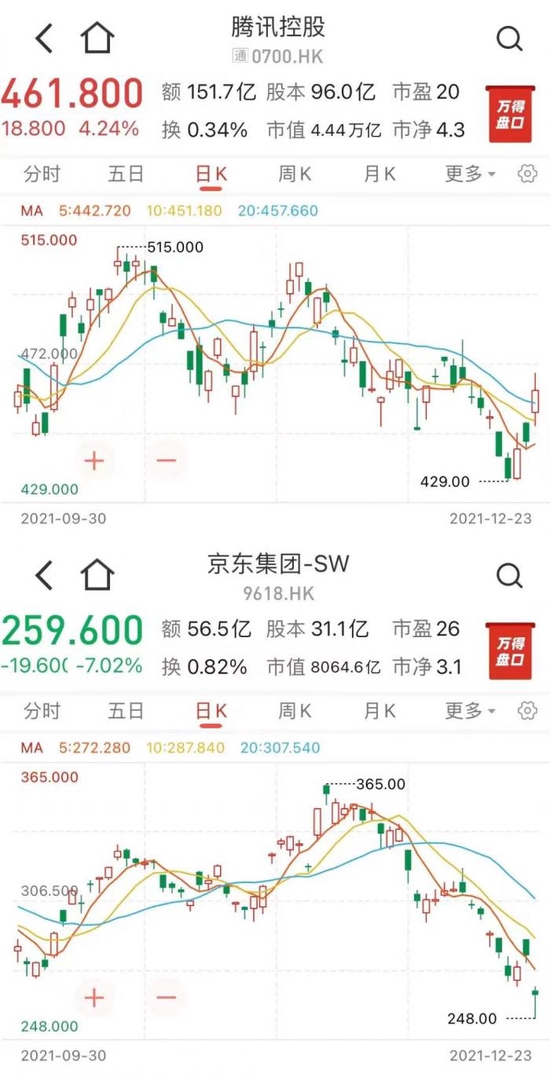 In the long run, what impact will this "reduce" will affect the two sides?

The general manager of Hong Kong Qishui Securities Director said that in terms of Tencent, this "God-level operation" is only short-term favorable stock prices. In terms of fundamentals, Tencent has not had much actions in project innovation, and revenue mainly rely on other companies to pull. Long-term, the stock price will break through the new high possibility, and keep it horizontal pre-judgment. As for Jingdong, after Tencent's turnover, it will remain tired in the next period of time, and the price is expected to remain between HK $ 260 HK $ 260.

But there are also analysts to have a positive attitude towards the prospects of the two companies. Tencent strategy emphasizes the development prospects of game, digitization, sustainability, and change in the direction of the four aspects, and Tencent is also "future travel". Based on Jingdong, in this year, it is rare to maintain toughness in this year. At the same time, the operating results are stable, and after the release of Tencent is bundled, Jingdong or can be deepened with the jitter and other platforms, Jingdong main business or again A step, a lot of investors tend to think that this round of operation of the Jingdong stock price, or forms new purchase points. After a day of shock, Jingdong's share price has also rebounded, as of 24, closed by 0.62%. 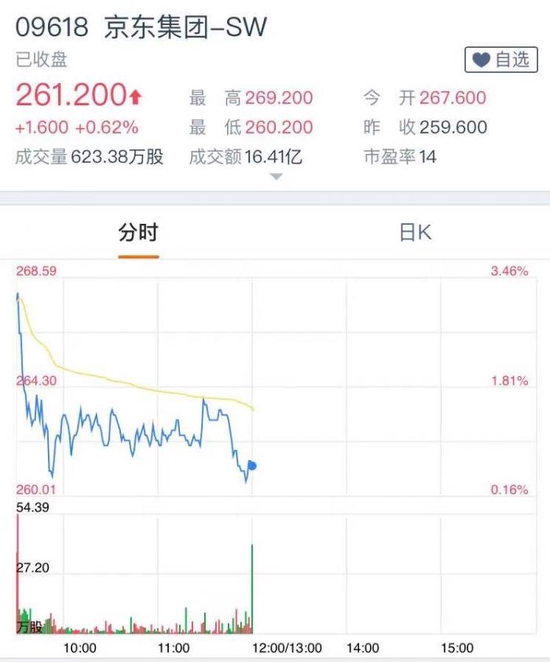 In terms of business ecology, Tencent emphasized in the announcement. "The strategic partnership between the two parties will continue to maintain, the deeper friends of the two teams will not change." This undoubtedly gives market confidence. In fact, at least before May 27, 2022, Tencent and Jingdong signed a strategic cooperation agreement is still effective, so before this, Tencent and Jingdong cooperate in business, will not be affected.

In addition, there are also analysts pointed out that Tencent returns Jingdong, stacked the anti-monopoly, this or will add a broader imagination of interconnection of Tencent with Ali.

Under the tide of antitrust, add Tencent's large volume in the investment area. After the "dividend-reduced reducing" Jingdong, Tencent's current shareholding ratio is still larger than the US group, spent a lot, Vipcom will wait for a head Whether the Internet companies will become the next "abandonment" goal and have become the focus of market attention.

In this regard, Internet analysts said in an interview with economic observation report. Game, the current focus is also a lake, not other companies holding. If this time you reduce the Jingdong market, you can also get the regulatory authority to recognize that Tencent is likely to use this mode frequently. If the effect is not good, it may be the last time.

The South Fair, Liu Wei, pointed out that in terms of Tencent's current strategic positioning and investment direction, the subsequent stock faction is active or only a lot. According to the previous Goldman's statistics, Tencent's listed listed company, in addition to the above mentioned Jingdong, US Mission, spending more than a lot of, including 哩 哩, quick-end, Vipshop, Yonghui, Wushu City, Tongcheng Yulong, Four, Zhong'an is waiting.

This article is integrated:

"Tencent takes the dividend of Beijing, what is the impact of investors? ", Tiger Securities

"Tencent is the logic of investment strategies in Jingdong, China" Berkshire "? ", US stock research

Related news
Tencent Jingdong "seven years itch": Tencent does not do the first major shareholder strategic cooperation continues
Jingdong performance is reported, but it is "dividend reduction": Tencent investment map or metadata
Tencent "Division to reduce" Jingdong, what is deep
Hot news this week
Young people can't change their mobile phones one brother pressure in the channel inventory up to 50 million
Chinese mysterious female rich 560 million buy European luxury homes: the full amount of cash is paid at a time
Criminal gang candid courier list takes the money 8 people to be arrested
Do you make feed after Yi Lord? Zhenghong Technology M & A has mystery
The first pop -up shop in the United States opened, Bubble Mart opened the North American expansion plan
The goose factory is finally making a move on the metasverse?
The 560m Chinese woman who bought luxury homes has also been involved in JD.com's investments in Tuniu, Vipshop and Fafa Qi
With this charging treasure that can legal "stealing electricity", I don’t worry about the mobile phone out of power
Son's bet that ARM's listing will boost SoftBank's stock price?
Huawei Hongmeng has become! Many mobile phone manufacturers will follow up with Hongmeng OS technology
The most popular news this week
A large number of QQ numbers stolen official announced the results of the investigation
Tencent said major shareholders will sell their shares for a total profit of about 24.5 billion yuan
Born with a silver spoon in one's mouth, IE finally why can't escape the fate of being eliminated?
The first batch of meizu free battery replacement models are announced: Meizu 15 and other five models are listed
Meizu official celebrate Flyme 10th birthday: More surprises, wait for August
The first batch in the country! "Main Driving Unmanned" Autonomous Driving is approved
IPhone 14 revealed the earliest early August mass production Foxconn a large number of recruitment: on entry to send 5400
700MHz gold band! China Radio and Television wechat mini program launched
China Radio, Film and Television has officially announced that ZTE will be the first group to support commercial 5G broadcasting
Japan's chip industry has a 35,000 talent gap? Tech giants warn