Christmas this year, the Yuan universe was fired again. Facebook Meta Meta Oculus VR Application breaks the milestone on Christmas, becoming the most popular application in Apple Apple. As people download, it is used to manage Oculus VR helmets, and its topsite indicates that Meta's VR helmets have become the most popular technology gift for Christmas.

According to Apple App Store, the US free application list shows, the day of Christmas, Oculus downloaded the top, defeated the long-term leading apps such as Tiktok, YouTube, SnapChat and Instagram. 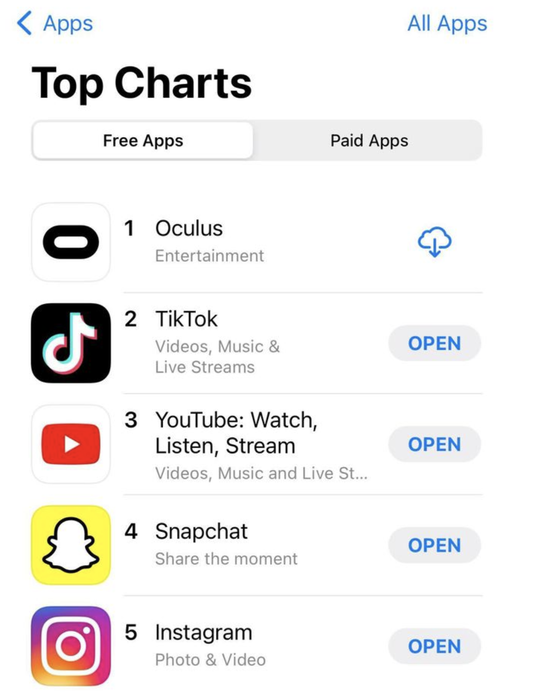 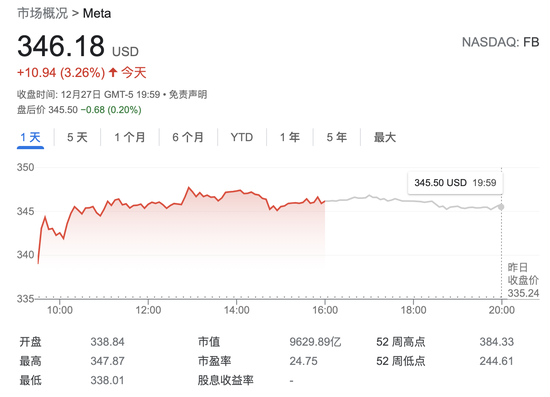 He pointed out that the application download data shows that Oculus is a popular holiday gift, which may benefit from the shortage of the game console.

Meta focuses on the field of Yuancai

Meta has been focusing on the Yuan Cosmic Field, which announced from Facebook from Facebook in October this year, and the company has always dominated the discussion of the Yuanfang.

Earlier this year, Meta CEO Mark Burberg said that the Yuanhe Banye will "become a mobile Internet" and expect the company to invest at least 10 billion US dollars to build a virtual world.

In the field of Yuancai related hardware, the most important thing is a VR header device, and the Yuan Cosmic fire also promotes the sales of VR equipment. Organization pointed out that in the early days of the development of the Yuancai market, the VR head will become a battle necessary. Zhongtai Securities pointed out that Meta VR is expected to "dominate the world" before the Apple added the battle.

Although Meta did not announce the sales of VR helmets. But since the sale in October last year, Oculus Quest 2 has been enthusiastic. According to IDC data, as of the second quarter of this year, Meta in the VR hardware market is leading the lead, accounting for 75%.

Related news
Meta Company slams Facebook to change the name in the open letter
Facebook spent $60 million on Meta trademark assets
The first smart glasses that wear glasses will return to Meeta's first smart glasses.
Yahoo Finance's Worst Company of 2021: Meta Wins "Laurel"
Yuan universe Christmas fire! Meta VR helmet into Americans favorites
Another company to enter VR hardware VR real year?
SONY's metasverse track: new VR headsets and new games
Microsoft Apple Meta seizes the XR market, the Samsung of the fillet folding screen mobile phone or wants to catch up
Hot news this week
Zhao Lijian responded to the British "blocking" Huawei: generalizing the concept of national security harms others and harms themselves
Zhao lijian said the UK's decision to block Huawei under PRESSURE from the US was damaging others and not benefiting itself
Tencent web drama "Beginning" Douban opening score 8.2: the male protagonist's mobile phone has become a highlight!
Samsung's new notebook patent publication: the keyboard is divided into two-quarters after two folds.
AsiaInfo Technology Announces Acquisition of iResearch Consulting to continue to increase digital operations and digital and intelligent transformation
Canon China plans to close some production lines in Zhuhai in response to the zhuhai company's suspension of production
Breakthrough: Chinese scientists have discovered and confirmed the boson exotic metal for the first time
Volkswagen's sales in China plummeted, a record low in 8 years! The CEO revealed the reason for the helplessness
Only 2 decisive headphones Class A Certification of the Ministry of Industry and Information Technology? Perhaps it is misunderstanding
1KW electric energy production 3KW heat Tesla hot pump low temperature hidden dangers were investigated
The most popular news this week
SpaceX wins $100 million air Force contract to fly Defense Department missions
Apple's 2022 New Year's Eve short film "Comeback" iPhone 13 Pro will turn the countryside into Mars
Can Jay Chou listen free? Look at 15 seconds, listen to 30 minutes song, QQ music internal test free listening song mode
Activision Blizzard employee: It's good that the company is being bought by Microsoft. Maybe it can be saved
The Hang Seng Technology Index is 0.95%: Netease has fallen over 3%, and the quick hand fell over 2%.
China's groundwater resources reserves are identified for the first time: the southern freshwater reserves account for only 5% of the country's total
Microsoft Gaming Executive: Had a friendly call with Sony management
The United States seeks to contain scientific giants Google 2021 year tour spending increased by 13 million yuan
QQ Music ranked third among the world's most popular music platforms
IPHONE open side load? The US Senate Group has approved the bill to vote