It also includes unpurchasable heroes such as Wu Zetian, allowing people to enjoy the three-day holiday. 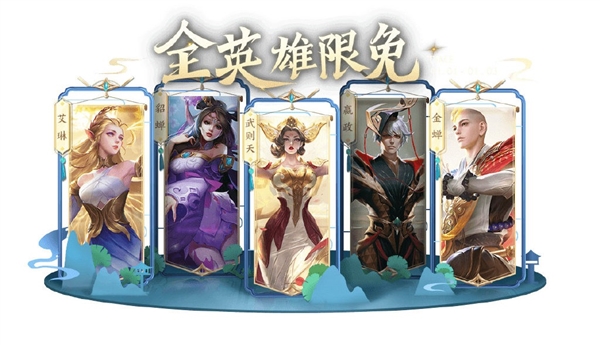 However, it should be noted that minors are still limited to play time during this holiday.

According to a notice issued by Tencent Games before the holiday, the online games operated by Tencent games in the Chinese mainland will be restricted to minors around the New Year's Day holiday in 2022 as follows: 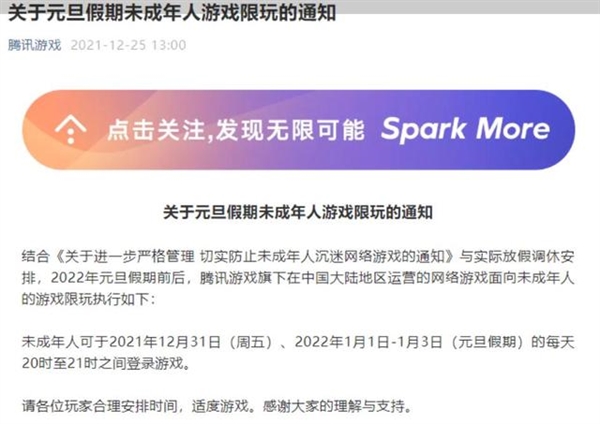 In addition, in addition to preventing minors from getting addicted to games, today there is another new regulation on minors' study, rest, entertainment and physical exercise.

It is reported that the Family Education Promotion Law of the People's Republic of China will come into force on January 1, 2022.

It stipulates that parents or other guardians of minors shall reasonably arrange the time for minors' study, rest, entertainment and physical exercise to avoid increasing their study burden and prevent minors from being addicted to the Internet.