On the last day of the New Year holiday,Tesla has put a whistle for pickup trucks on its official store in China, priced at 350 yuan。 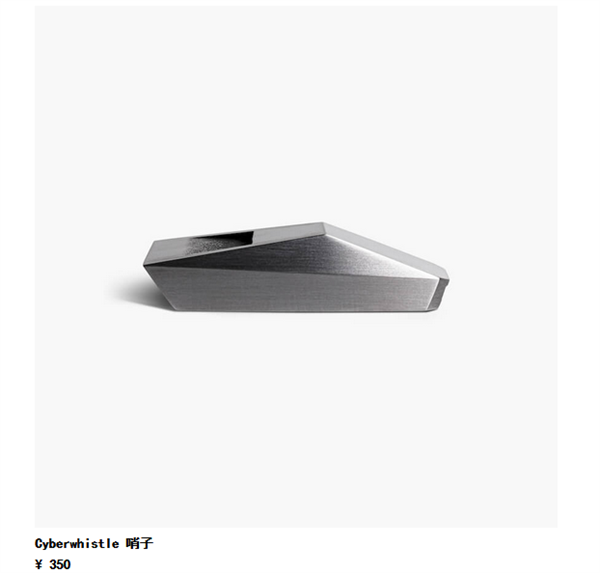 Inspired by Tesla's Cybertruck, the whistle is a premium collectible made from polished, medical-grade stainless steel, according to Tesla officials. 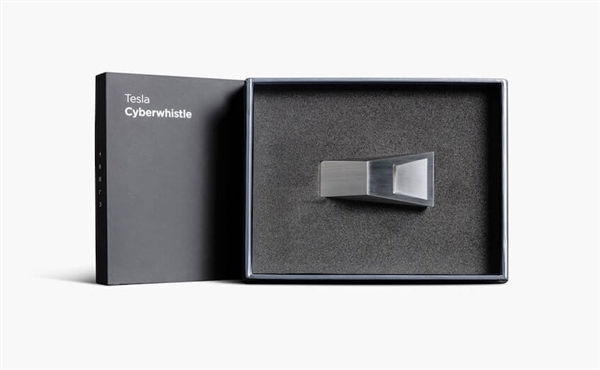 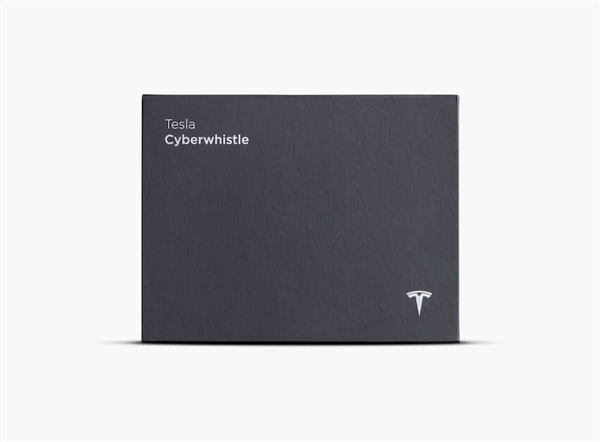 It's interesting to note that Apple recently released a 145-yuan wipe quilt on the market. While promoting his pickup whistle, Musk also took a swipe at Apple, tweeting:Don't spend money on a stupid apple polish, buy a Tesla whistle！ 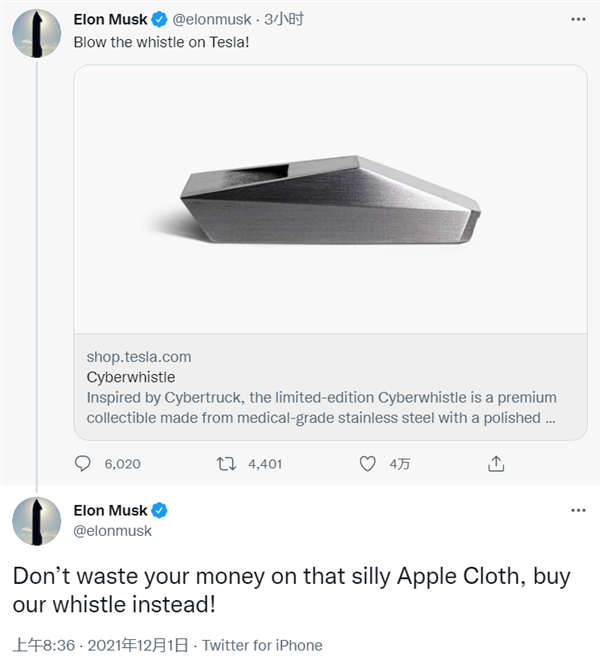 Not just the $300 whistle,Tesla also released an empty tequila glass bottle, which was sold for 779 yuan in China and sold out in a limited run of 1,500 bottles, and on second-hand trading platform, this glass bottle was even fried nearly ten thousand yuan of high price, the final clinch a deal price than the price of 2-5 times.

The whistle may not be as popular as the empty bottle, but there should be plenty of buyers,Tesla, after all, is the company with the most fanatical fans。

It should be noted that along with the whistle comes a Tesla wireless portable power supply priced at 489 yuan. 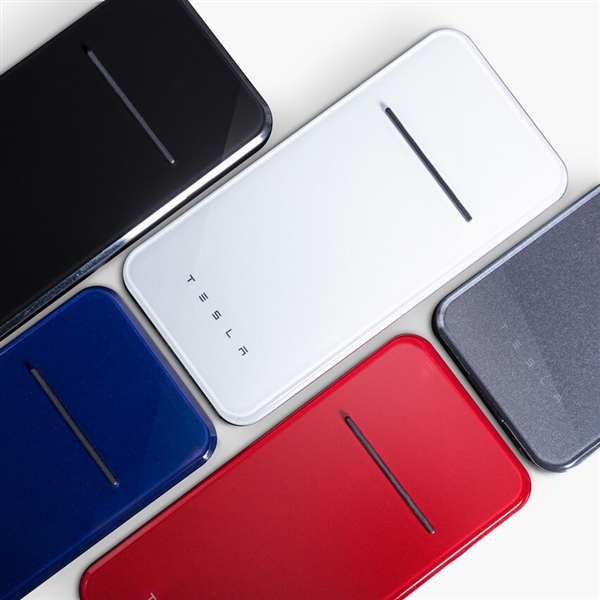 Related news
Maybe we'll see the apple car in nine months
Musk taunts Apple screen wipe IQ tax Tesla's 350 yuan pickup truck whistle hit the shelves!
Hot news this week
ByteDance invested in Sequencing Technology, which is an AI industrial SaaS software service provider
It's hard to escape the monopoly sanctions American court dismissed Facebook against FTC counterattack
Former search president of Baidu xiang Hailong joins Transsion The company that sells mobile phones wants to do more Internet
2021 Global Patent List Released: Huawei ranked fourth in the top five in the world in the United States
Jiangxi Bank welcomes the new sector, the former is dismissed, and the profit has decline since the listing since the market.
The Shanghai Astronomical Observatory found a case of a galaxy "escaping" 12.1 billion light-years away
Rewrite history! The largest acquisition in the game industry was finalized: 80.9 billion yuan exceeded Tencent's record
Ma huateng: Tencent is just an ordinary company that can be replaced at any time
Enterprise WeChat active users reached 180 million The new version is connected with the video number
Lanzhou Bank was abandoned to buy 12.85 million yuan, and the first issuance was "broken", still 4 times more expensive than its peers
The most popular news this week
Tesla is still a "fragrant feast" The four Indian states invited him to set up a factory in the local area
Reduce dependence on China? Tesla gets key battery materials from Mozambique
Lei Jun suggests that Xiaomi 12 series is about white
Netizens opened the Xiaomi router 4 four years ago: I found "ARE YOU OK!!!"
A hardware conference, why talk about software but more time?
The chip is comparable to the Mac, the computing power exceeds the iPhone, and the Apple AR/VR headset is really so strong?
Can working in the metasverse be more productive? Lenovo's Huang jianheng: There are also complex technical challenges
Cait: it is not recommended to take quarantine measures directly for travel card users with asterisks
Zhao lijian said the UK's decision to block Huawei under PRESSURE from the US was damaging others and not benefiting itself
Zhao Lijian responded to the British "blocking" Huawei: generalizing the concept of national security harms others and harms themselves