According to a lawsuit filed in Federal court in California in June 2020, The "traceless mode" of Google's Browser is not as private as people might think. 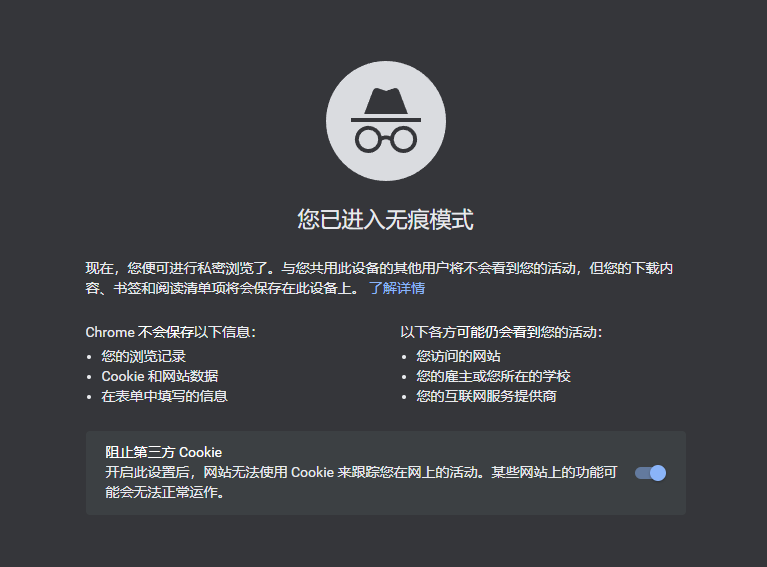 Sundar Pichai, Alphabet's chief executive, will now have to answer questions about whether Google continues to track users even after they activate the browser's "traceless mode".

On Jan. 27, the judge issued a warrant for Pichai to testify for no more than two hours in the case because the plaintiffs said pichai had "unique personal knowledge of relevant issues related to the Chrome browser and privacy issues." Earlier in the case, the court also issued an order ordering Google's chief marketing officer, Lorraine Twohill, to answer questions about how the tech giant is promoting browser features.

Google's legal team sought to prevent Pichai from testifying in the case. They claim lower-level employees working directly on Chrome are better placed to answer questions about how the browser's "traceless mode" feature works.

IT Home has learned that Google disputes these claims, saying that when users open a new "traceless Mode" TAB or window that explicitly reveals the functionality of the "traceless Mode", their online activity can still be seen by the websites they visit.Google asked the court to dismiss the class action, but that request was denied by Judge Koch in March 2021.

When a user opens a new occult mode window or TAB in Chrome, Google says the browser won't save browsing history, cookies and website data, as well as information entered on a form. But Google did say that visited websites, employers or schools and Internet service providers may still see users' online activity, and that the current version of Chrome allows users to choose in a traceless mode whether they want to block third-party cookies.

Jos Eacute, a Google spokesman; Castañ The EDA told Bloomberg that it had co-operated with "numerous requests" from the plaintiffs during the evidence-gathering phase of the trial. He said asking Pichai to testify was "unwarranted and excessive."

Related news
What information is collected by the Google Chrome Crash Report? How to dispose of personal information
Google's "Privacy Sandbox" solution for Chrome is an attempt to solve the dilemma.
Google stops introducing chrome 79 for Android
The plaintiffs in the lawsuit against Google claim that Chrome's traceless mode still tracks and collects user information
Hot news this week
Zhao Lijian responded to the British "blocking" Huawei: generalizing the concept of national security harms others and harms themselves
Zhao lijian said the UK's decision to block Huawei under PRESSURE from the US was damaging others and not benefiting itself
Tencent web drama "Beginning" Douban opening score 8.2: the male protagonist's mobile phone has become a highlight!
AsiaInfo Technology Announces Acquisition of iResearch Consulting to continue to increase digital operations and digital and intelligent transformation
Samsung's new notebook patent publication: the keyboard is divided into two-quarters after two folds.
Canon China plans to close some production lines in Zhuhai in response to the zhuhai company's suspension of production
Breakthrough: Chinese scientists have discovered and confirmed the boson exotic metal for the first time
Volkswagen's sales in China plummeted, a record low in 8 years! The CEO revealed the reason for the helplessness
The country's first artificial brush interference search engine calculation bill sentenced Baidu to pay 2 million yuan
Only 2 decisive headphones Class A Certification of the Ministry of Industry and Information Technology? Perhaps it is misunderstanding
The most popular news this week
Some people have a health code to turn yellow, clearly: receiving this courier to make a nucleic acid immediately
Baidu Maps pushes immersive navigation: Chongqing 3D navigation is coming
Tesla insisted not advertising
145 yuan of apple polished cloth grown? Official teach you how to clean
IDC: Nearly 20% of IoT systems are expected to support AI by 2024
Insurance premium inventory of listed insurance companies: auto insurance business is "turning point", life insurance to achieve positive growth
Comac vice President: The first homegrown large aircraft, the C919, is expected to be delivered this year
131,000 needles, another sky-high drug into China
Thousands of people resign NetEase game planning follow-up Harry Potter mobile game official apology
Behind Microsoft's nearly $70 billion acquisition of Activision Blizzard: $130 billion cash pile