Recently, TSMC is determined to build a 100-hectare factory in Zhongke Park in Taiwan, with a total investment of 800 billion to 1.1 trillion NT $ 28.9 billion to $ 36.1 billion). This investment includes a factory in the future 2nm process, and the subsequent evolved 1nm process area will also fall in the park.

The old opponents of TATEP, Samsung and Intel did not sit still. Samsung's heads and Li were in the United States. Soon, Samsung official official will establish a chip production base in Texas, USA, costing $ 17 billion, starting in 2024; Intel is previously in the process of processes There is backward, the latest announcement after the high-level shock will invest 30 billion Lingit (about $ 7.1 billion) plans in Malaysia, will be built on Malaysia in the next 10 years, and returned to the table.

Although the TSMC is temporarily living in the wind, the Samsung and Intel have also begun to add code to invest. The chip's shortage is seen as a rare overtaking opportunity. The current expansion is just a subsequent armament competition. Shot. 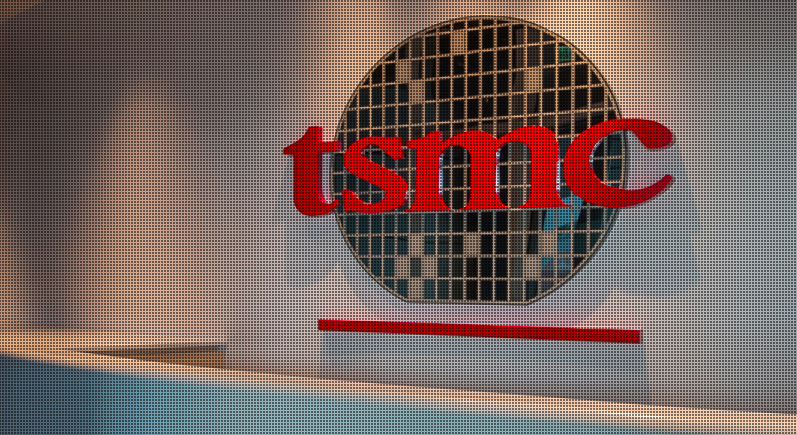 TSMC rely on the latest process, step by step

Due to the increase in the demand of global customer group, the production capacity expansion and development of the three major chip founders is five times faster than in previous years. In order to ensure that high-order production capacity is robust, capital expenditures are also high, most of the innovations for process technology.

The industry's consensus is: Advanced process technology represents the status and technical ability of the industry, but not only the stars introduced power, but Intel's phased has not been related to the interest.

In a long period, Intel's 14nm represents the best process process of chip foundry. Moore's law has said that the number of transistors that can be accommodated on the integrated circuit will double every 18 months, but in the eyes of this chip giant, transistor double speed is extended from 24 months to 36 months, identified The Semiconductor Industry is "will die" "will die".

It is TSMC to give the industry enough shock. In April 2018, when the Intel 10nm process chip was difficult to produce, TSMC announced the successful mass production of the 7nm process chip, and won the Haisi Kirin 985 and Apple A13 orders, and later hosted.

After six months, Samsung also announced the mass production of 7nm EUV. Different, Samsung's non-falling person is quite "catching the bull". In 2019, the technology media Digitimes exposed Samsung 7nm process chip is not high, although Samsung is quickly refuted, but does not provide substantive evidence "innocent".

At this time, there is still industry people to constantly predict the failure of Moore's law. Henry Samueli, the Chief Technology Officer of Boyong, said: "Moore's law has been white, it is, it is not dead, but it retired." "Moore Law will die "Under the invisible sword, TSMO did not suffer from the problem of good quality problems, but accelerated the iterative speed of the process.

In 2019, TSMO started a 5nm process chip, 2020 on iPhone 12. At the same time, the TSME upgrade cycle is still shortened, 4 nm in advance, also announced that it will produce 3NM process in the fourth quarter of this year. Today, the 2NM factory breaks the roll-up action, the TSMC has a leading action, and the process technology leads, the current Test 3 50% of the city share is in the first place.

In addition, TSME has not given up the revenue of maturity, and the news said that it has reached an agreement with the Japanese government and Sony, will build 28nm and 22nm process wafers in Japan. Recently, there are news, Germany is also active. Contact TSME, I hope it is in Germany to build a wafer factory. "Behind the huge investment, will be a huge depreciation fee, TSMC revenue pressure is not small." Investors in a chip field tell "Weekly" weekly magazine, "how to quickly improve the yield, reduce depreciation to gross profit margins The impact of profit is also tested at the same time.

TSME is running fast, Samsung is champored, and the latter also announced that the time of 3nm mass production is 2022.

Last month, Samsung Electronics had a "personnel earthquake", and I have replaced three joint CEOs in one breath. This is the largest organizational adjustment of this Korean giant since 2017. In addition, mobile phones and consumer electronics parties are one, and only the semiconductor business is still an independent department. Samsung is obviously incorporated into the semiconductor industry.

In fact, Samsung has always wished to narrow the gap between the level of the desktop, and the gap is mainly due to the maturity of key process. After the official news of the United States, many industry insiders believe that it will receive the US support in terms of customer resources, production capacity, and taxation, and then guarantee the influence. In addition, Samsung OEM has always cost a cost advantage, and the cost of 3nm process is more costly, and Samsung may have more operational space in this regard.

When TTEM and Samsung compete are hot, Intel's follow-up is relatively slow. For 7 years, Intel is lying on the 14nm process of "sleep", until 2019 is really mass production 10nm. In 2021, Intel completed the mass production speed of the 7nm process, and intended to roll the opponent on the number of transistors, and the new CEO Pat Gelsinger also added to invest, and even proposed ambitious plan: 4 years before 2025 Break through the 5 generation CPU process.

The three major chip founders, the plant, guide the chip process iteration, use the burning money to expand, the industry enters the head competition, which means that if the new entry is not more ammunition, it is difficult to run the horse.

Of course, the three giants are more likely to maintain technology iterations through the construction of the factory, and on the other hand, production capacity can also be improved, which is expected to slow down the current flexible core, especially the mature process chip can be used in automobiles, embedded memories, IOT equipment, which is currently The shortage is the most serious field. PAT GELSINGER predicts that global chip shortages will last until 2023, and through expansion, you should have a soaring chip demand.

Related news
The United States is afraid of chip neck Trump's advice to Intel: open 14 / 10nm OEM as soon as possible
Intel and US military cooperate to develop advanced chips: direct to China
Seizing TSMC's job? Intel chip OEM ushers in risc-v support
Hot news this week
ByteDance invested in Sequencing Technology, which is an AI industrial SaaS software service provider
It's hard to escape the monopoly sanctions American court dismissed Facebook against FTC counterattack
Former search president of Baidu xiang Hailong joins Transsion The company that sells mobile phones wants to do more Internet
2021 Global Patent List Released: Huawei ranked fourth in the top five in the world in the United States
Jiangxi Bank welcomes the new sector, the former is dismissed, and the profit has decline since the listing since the market.
The Shanghai Astronomical Observatory found a case of a galaxy "escaping" 12.1 billion light-years away
Rewrite history! The largest acquisition in the game industry was finalized: 80.9 billion yuan exceeded Tencent's record
Ma huateng: Tencent is just an ordinary company that can be replaced at any time
Enterprise WeChat active users reached 180 million The new version is connected with the video number
Lanzhou Bank was abandoned to buy 12.85 million yuan, and the first issuance was "broken", still 4 times more expensive than its peers
The most popular news this week
Build a car in an average of 34 seconds! The annual production capacity of Tesla's Shanghai factory may exceed 1 million units
Due to the false statement of leshi securities, shanxi securities subsidiary was sued for 4.571 billion yuan
Realme China President Xu Qi: Dynasty "The most popular science and technology" ""
Tesla is still a "fragrant feast" The four Indian states invited him to set up a factory in the local area
Reduce dependence on China? Tesla gets key battery materials from Mozambique
Lei Jun suggests that Xiaomi 12 series is about white
Netizens opened the Xiaomi router 4 four years ago: I found "ARE YOU OK!!!"
A hardware conference, why talk about software but more time?
The chip is comparable to the Mac, the computing power exceeds the iPhone, and the Apple AR/VR headset is really so strong?
Can working in the metasverse be more productive? Lenovo's Huang jianheng: There are also complex technical challenges