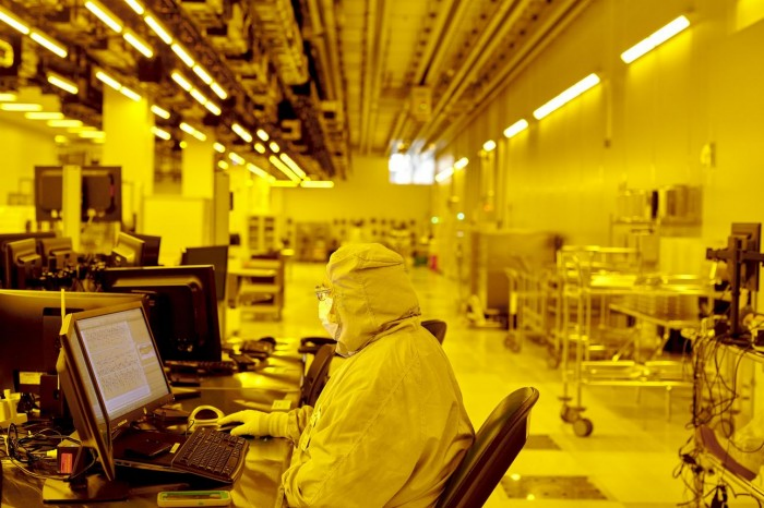 The world's largest chip manufacturer is being competed for workers to further address the global semiconductor shortage of facilities for the world's facilities.Over the years, the supply of qualified workers has decreased, which makes the semiconductor executives are worried.

According to industry officials, this concerns have been launched by the global labor shortage, and the demand for all digital things and the governments of all digital things are zoomed in to strengthen local chip manufacturing capabilities. Many industries are experiencing labor shortage. . According to the report of the Talent Management Company, the US only increased by about 70,000 to 90,000 workers on the basis of 2020, to meet the most critical labor needs of the expected factory expansion. According to the study, in order to give the United States independently of foreign supply, some Congress members are urging more ambitious expansion, which will increase the number to 300,000 workers.

According to 104 Job Bank's data, China Taiwan is manufactured in China, where the recruitment gap reaches the highest level of more than six years. The recruitment platform is estimated that the monthly average gap of semiconductor workers is approximately 27,700 people, an increase of 44% from the previous year.

Mainland China has also launched a special semiconductor research school and training center, in this regard as part of its self-sufficiency, including chips and artificial intelligence. As of December 2002, 12 universities such as Northern University and Tsinghua were established in colleges with chips. Ivan Platonov estimates Ivan Platonov, the research manager of Beijing's technical research firm Equalocean, due to the increase in investment in the chip field, China's semiconductor labor has almost doubled in the past five years. (Proceedient / ll)

Related news
Talent hunting report: the demand for 5G posts in the spring of the Internet is still 32% higher than that of the previous year.
Hubei University set up chip industry college with more than 190 first undergraduate students
Suddenly! Serious shortage of fast charging chips: all caused by Apple's environmental protection
The production capacity of upstream wafer factories is insufficient, and Bluetooth headset chips are seriously out of stock
Bluetooth headset chip out of stock
Ministry of Industry and Information Technology: The impact of chip shortage in the automotive industry is expected to ease in the fourth quarter compared with the third quarter
Hot news this week
Zhao Lijian responded to the British "blocking" Huawei: generalizing the concept of national security harms others and harms themselves
Zhao lijian said the UK's decision to block Huawei under PRESSURE from the US was damaging others and not benefiting itself
Tencent web drama "Beginning" Douban opening score 8.2: the male protagonist's mobile phone has become a highlight!
AsiaInfo Technology Announces Acquisition of iResearch Consulting to continue to increase digital operations and digital and intelligent transformation
Samsung's new notebook patent publication: the keyboard is divided into two-quarters after two folds.
Canon China plans to close some production lines in Zhuhai in response to the zhuhai company's suspension of production
Breakthrough: Chinese scientists have discovered and confirmed the boson exotic metal for the first time
Volkswagen's sales in China plummeted, a record low in 8 years! The CEO revealed the reason for the helplessness
The country's first artificial brush interference search engine calculation bill sentenced Baidu to pay 2 million yuan
The small screen mobile phone that is confident than the iPhone 13Mini is marginally released for two month declarations.
The most popular news this week
145 yuan of apple polished cloth grown? Official teach you how to clean
IDC: Nearly 20% of IoT systems are expected to support AI by 2024
Insurance premium inventory of listed insurance companies: auto insurance business is "turning point", life insurance to achieve positive growth
Comac vice President: The first homegrown large aircraft, the C919, is expected to be delivered this year
131,000 needles, another sky-high drug into China
Thousands of people resign NetEase game planning follow-up Harry Potter mobile game official apology
Behind Microsoft's nearly $70 billion acquisition of Activision Blizzard: $130 billion cash pile
Once the four little dragons of Guangdong, Hong Kong and Macao, and made a fortune from sports, how does Aoyuan cope with the 4.4 billion short-term foreign debt?
NetEase's "Harry Potter: Magical Awakening" topped the hot search list: "liver and krypton" caused player dissatisfaction
K50 e-sports edition opponent is coming! A new Chinese phone released in February: it claims to be the best gaming phone