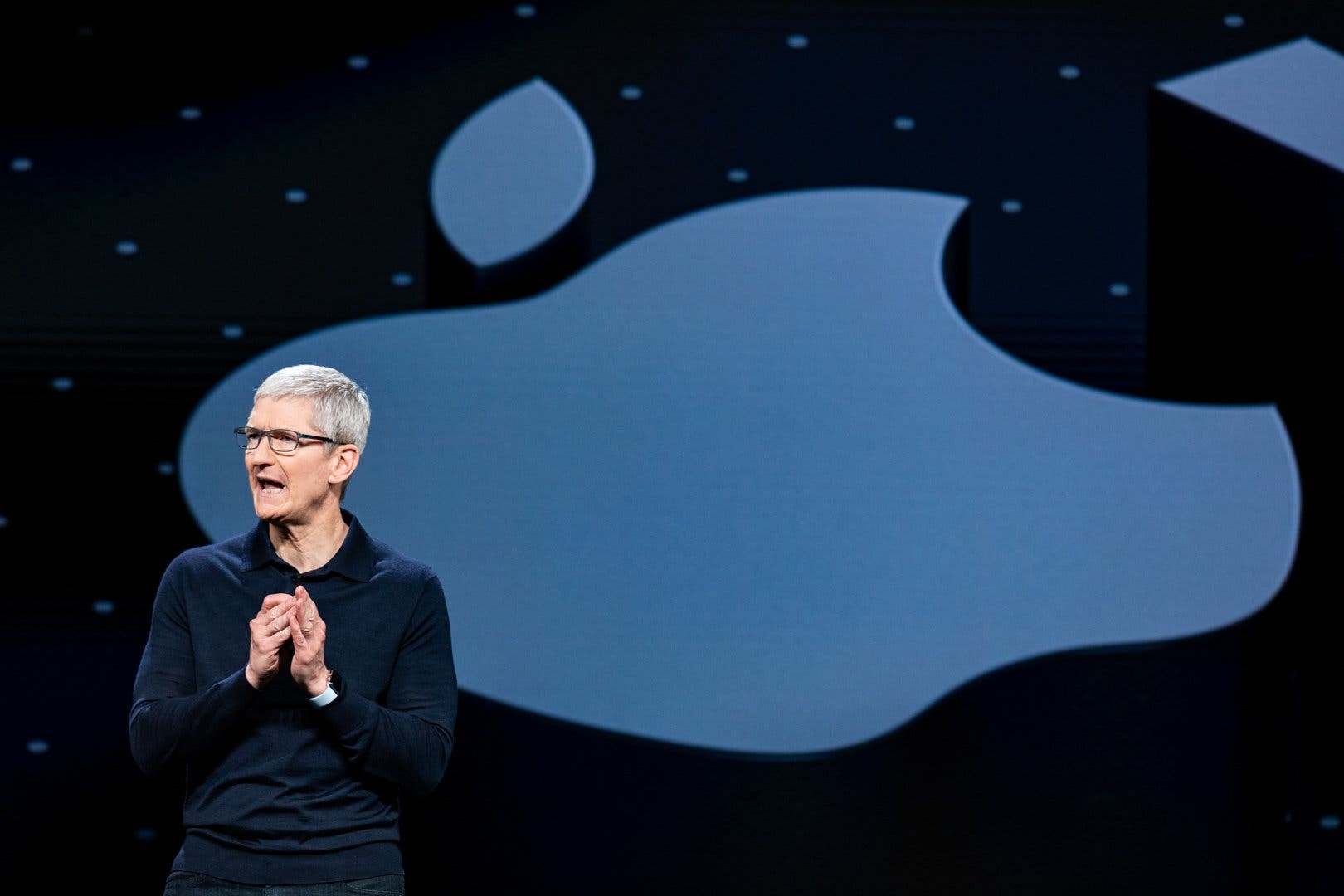 Ifengnet science and Technology news Beijing time on January 4, the United States local time on Monday,Apple has hit a new milestone, becoming the first company in the world to hit $3 trillion in market value", although it did not hold at the close.

The continued rise in Apple's share price is a testament to the strength of the company's capital return plan.Apple has been the biggest buyback in the S&P 500 for the past few years. In its 2021 fiscal year, which ended last September, Apple spent $85.5 billion buying back shares and $14.5 billion paying dividends. Apple spent more on stock buybacks than other companies that have done a lot of stock buybacks, including Facebook parent Meta, Google parent Alphabet, Bank of America and Oracle.

Share buybacks can reduce the supply of shares in the market and thus boost a company's share price, effectively returning money to investors at a higher share price. In addition, fewer shares outstanding can boost earnings per share, which many value-based investors use to judge a stock.

Apple began paying a quarterly dividend and buying back stock in March 2012. Since then, apple has spent more than $467 billion on share repurchases through last summer, according to S&P Global Market Intelligence. S&p Global Markets Intelligence called Apple a "poster child" for share buybacks. 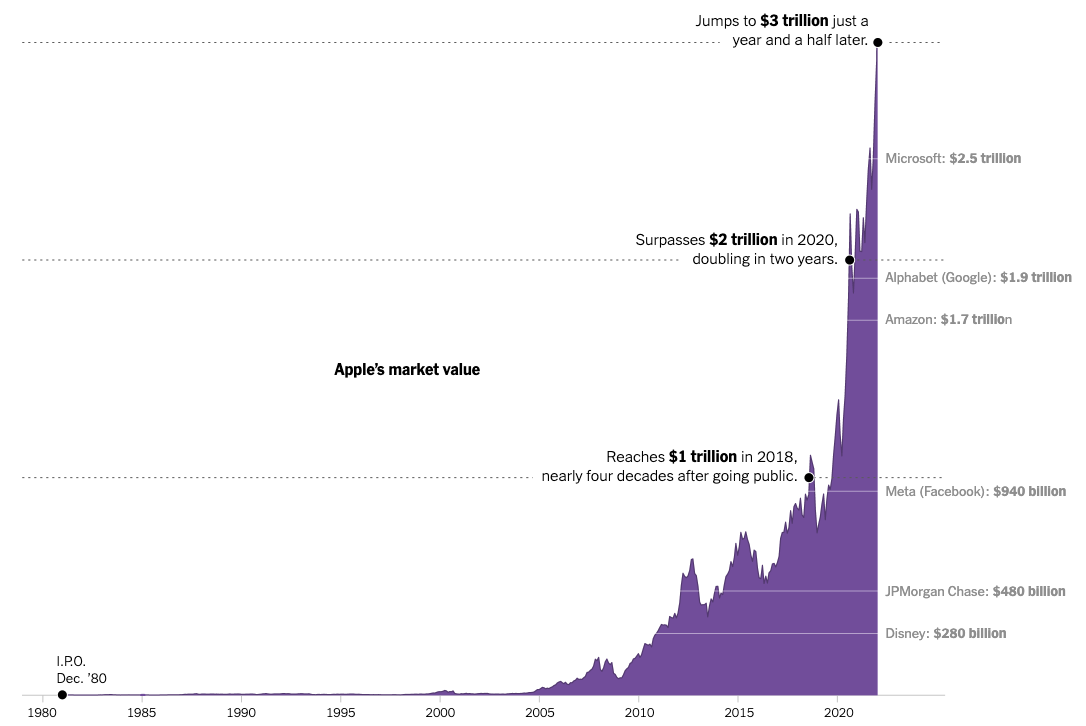 In fact, since August 2018, when Apple first hit a $1 trillion market cap, its stock price has risen 252%, but its market value has only increased by about 200%. The discrepancy is a direct result of Apple's buyback program, which has reduced the number of shares outstanding from about 19.4 billion at the end of June 2018 to about 16.4 billion today.

Because of Apple's large cash flow and willingness to return that money to investors, investors began to view it as a "safe asset" or a quality deal.

"Part of the recent rise in share prices may reflect expectations of relatively stable demand and continued strong cash flow and capital returns for a stock that has performed broadly in line with the stock market." Bank of America Securities analysts James Varms & Middot; "Wamsi Mohan said in the December study.

For investors, Apple's huge cash flow is one reason they believe the company can continue to spend heavily on share buybacks even as it adds employees and invests in research and development. Apple reported an industry-leading cash pile of $104 billion in fiscal 2021. By comparison, Microsoft and Alphabet, both tech giants, had cash flows of about $77 billion and $65 billion, respectively, in their most recent fiscal year.

And Apple's ability to generate free cash flow allows them to continue to execute on their return on capital plan even when it hits its "net cash neutral" target. Apple CEO Tim Middot; Tim Cook, Apple's chief executive, has said that "net cash neutral" means apple has as much cash as it has debt.

In December 2017, apple said it planned to no longer maintain its large cash hoard and gradually return it to investors under a new tax law that allowed it to bring most of its cash hoard back to the United States from overseas.

Since then, the pace of buybacks has quickened, from $33 billion in fiscal 2017 to $73 billion in 2018. Luca & Middot, Apple CFO; Luca Maestri, Apple's chief executive, said apple had $66bn in net cash as of October last year, down from about $163bn when the decision was announced.

In November, Bernstein analysts Tony & Middot wrote: "I think it's a good idea. Toni Sacconaghi, apple's chief executive, forecasts that apple can continue to buy back 3-4 per cent of its outstanding shares until 2026, without taking on net debt.In recent years, Apple has borrowed to fund its return on capital programme, but that spending has been offset by its cash hoard.

Apple typically updates investors on its shareholder return plan when it reports second-quarter financial results in April. Citi analysts expect Apple to announce another $90bn share buyback and raise its dividend by 10 per cent. (Author/Xiao Yu)

Related news
Foreign media to get started Apple Card fruit card is easy to use?
Apple Card hands-on video
Software engineer complains Apple TV and Apple News subscription promotion is too much
Apple TV Plus, one year old, is still in trial, and Apple needs to continue adding new content
Hot news this week
Zhao Lijian responded to the British "blocking" Huawei: generalizing the concept of national security harms others and harms themselves
Zhao lijian said the UK's decision to block Huawei under PRESSURE from the US was damaging others and not benefiting itself
Tencent web drama "Beginning" Douban opening score 8.2: the male protagonist's mobile phone has become a highlight!
AsiaInfo Technology Announces Acquisition of iResearch Consulting to continue to increase digital operations and digital and intelligent transformation
Samsung's new notebook patent publication: the keyboard is divided into two-quarters after two folds.
Canon China plans to close some production lines in Zhuhai in response to the zhuhai company's suspension of production
Breakthrough: Chinese scientists have discovered and confirmed the boson exotic metal for the first time
Volkswagen's sales in China plummeted, a record low in 8 years! The CEO revealed the reason for the helplessness
The country's first artificial brush interference search engine calculation bill sentenced Baidu to pay 2 million yuan
Only 2 decisive headphones Class A Certification of the Ministry of Industry and Information Technology? Perhaps it is misunderstanding
The most popular news this week
For the second year in a row, a Saharan desert town is covered in snow and ice
The game planning was asked by tens of thousands of people to resign from the hot search! Harry Potter: Magical Awakening apologies
Have giant to march private equity circle again! Huawei formally set up the Hubble investment, directly refers to the chip "stuck neck" technology
Some people have a health code to turn yellow, clearly: receiving this courier to make a nucleic acid immediately
Baidu Maps pushes immersive navigation: Chongqing 3D navigation is coming
Tesla insisted not advertising
145 yuan of apple polished cloth grown? Official teach you how to clean
IDC: Nearly 20% of IoT systems are expected to support AI by 2024
Insurance premium inventory of listed insurance companies: auto insurance business is "turning point", life insurance to achieve positive growth
Comac vice President: The first homegrown large aircraft, the C919, is expected to be delivered this year