For the iPhone 14, according to Apple's consistent update rhythm, the shape of this generation of new machines is going to change, remove the bangs, and use the punch screen instead Can you accept it?

According to the latest foreign media reports,This year, Apple will launch the iPhone 14 series will use a punch screen design, rather than continuing the "bangs". This is the same as previous analyst Guo Mingji predicted.

The so-called punch screen refers to the fact that the screen has only one circular incision for placing the front camera, just like most Android phones today. This design means that many sensors, such as Face ID, will be removed, and it may be transferred under the screen.

Some industry insiders said that Apple plans to redesign the MacBook Air, which will carry a new chip M2 developed by Apple. The speed of this chip will be "slightly faster" than the M1 chip. The M2 chip is expected to have an 8-core CPU, while the GPU will have 9 or 10 cores, just like the M1 chip, which is an upgrade to the current MacBook Air's 7- or 8-core GPU.

The report also pointed out that this year Apple will launch a smaller Mac Pro desktop with a 40-core CPU and a 128-core GPU, as well as a new Mac mini and a larger size iMac. In 2022, Apple will complete the transition from Intel processors to self-developed chips. Apple first announced its plans in June 2020, saying the transition will take about two years and is now on track.

Another new surprise is that Apple also plans to release a new iPhone SE with 5G in 2022, an iPad Pro that supports wireless charging, a rugged Apple Watch, and so on. 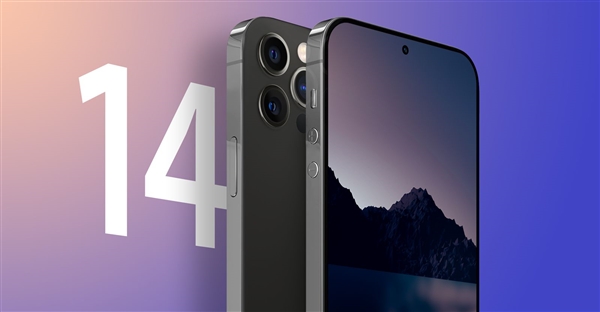 Related news
Microsoft's ugly sweeter activity goes online again: this year's theme is Windows XP (Figure)
Microsoft launches windows ugly sweater with drawing theme
Windows ugly sweaters are out of stock and Microsoft says it will be replenished soon
Didn't you get a Microsoft ugly sweater? Try the same Windows Wallpaper
Ugly to home? iPhone14 New Form Factor Exposure: Basic Stereotype! Apple also has surprises
iPhone 14 debut A16! Apple package round TSMC 4nm production capacity: accept price increases
Hot news this week
ByteDance invested in Sequencing Technology, which is an AI industrial SaaS software service provider
It's hard to escape the monopoly sanctions American court dismissed Facebook against FTC counterattack
Former search president of Baidu xiang Hailong joins Transsion The company that sells mobile phones wants to do more Internet
2021 Global Patent List Released: Huawei ranked fourth in the top five in the world in the United States
Jiangxi Bank welcomes the new sector, the former is dismissed, and the profit has decline since the listing since the market.
The Shanghai Astronomical Observatory found a case of a galaxy "escaping" 12.1 billion light-years away
Rewrite history! The largest acquisition in the game industry was finalized: 80.9 billion yuan exceeded Tencent's record
Ma huateng: Tencent is just an ordinary company that can be replaced at any time
Enterprise WeChat active users reached 180 million The new version is connected with the video number
Lanzhou Bank was abandoned to buy 12.85 million yuan, and the first issuance was "broken", still 4 times more expensive than its peers
The most popular news this week
Tesla is still a "fragrant feast" The four Indian states invited him to set up a factory in the local area
Reduce dependence on China? Tesla gets key battery materials from Mozambique
Lei Jun suggests that Xiaomi 12 series is about white
Netizens opened the Xiaomi router 4 four years ago: I found "ARE YOU OK!!!"
A hardware conference, why talk about software but more time?
The chip is comparable to the Mac, the computing power exceeds the iPhone, and the Apple AR/VR headset is really so strong?
Can working in the metasverse be more productive? Lenovo's Huang jianheng: There are also complex technical challenges
Cait: it is not recommended to take quarantine measures directly for travel card users with asterisks
Zhao lijian said the UK's decision to block Huawei under PRESSURE from the US was damaging others and not benefiting itself
Zhao Lijian responded to the British "blocking" Huawei: generalizing the concept of national security harms others and harms themselves