In the past two years, Xiaomi attaches great importance to the exploration of technology, and has also set up a technology award selected annually, which has previously been won by the fast charging team and the MIUI privacy protection team, and each team has received millions of dollars in rewards.

This afternoon, Lei Jun posted that the group held an annual technology award ceremony on the first day of work, and this year there were 68 entries, and the highest award was won by the CyberDog Iron Egg Four-legged Bionic Robot Team. 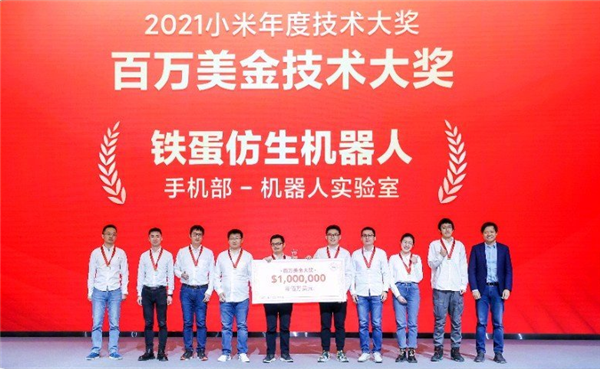 Lei Jun also stressed that this team gave him three super surprises, one of which was that the Iron Egg team had two fresh master's graduates recruited in 2020. These two students joined Xiaomi for only one year and won Xiaomi's highest technical award.

The second is that the iron egg project brings together the technology of many of the group's R & D teams, and these technologies are quickly applied to core products, such as the new computational photography technology "All Things Focusing" function equipped with Xiaomi 12 from the iron egg, which promotes the development of Xiaomi products.

The third point is because the Iron Egg project represents the bold pioneering spirit, amazing self-driving force and imagination of Xiaomi engineers for future technological life. With such a small team and such an achievement in such a short period of time, it is really far beyond imagination. 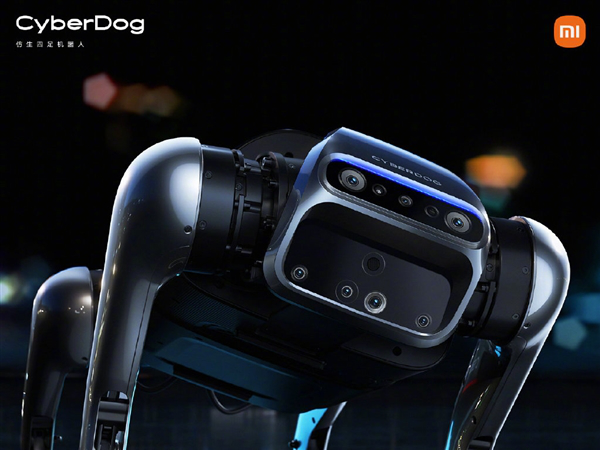 Lei Jun said that "technology-oriented" is the iron law that Xiaomi never changes, and the engineer culture is the background color in Xiaomi's genes. Ensuring the sense of accomplishment and happiness of engineers is the top priority of the Group and the hope for the Group's sustainable development in the future.

In addition, Lei Jun also said that he would strengthen the construction of the engineer team and continue to recruit 5,000 outstanding young engineers in 2022.

Related news
Gu Geyun's purchase price of cornerstone technology is unknown
Google cloud has acquired cornerstone technology and the price has not been disclosed
Japan's BCN award 2021 list announced: Sony micro single returns to the top
Xiaomi: Yang Qian became the spokesperson of Xiaomi Civi
Xiaomi will hold a special general meeting of shareholders to approve theXiaomi EV Talent Incentive Program
The first thing lei Jun will do in 2022: award the Xiaomi Technology Award! The iron Egg robot team won the top prize
Lei Jun announced the 2021 Xiaomi Annual Technology Award: the "Iron Egg" team won millions of dollars
Hot news this week
Announced real-fired people to change the news for four days, the chairman of Tianzhong semen was resigned for personal reasons.
Bank of East Asia (BEA) was fined 16.74 million yuan ($16.74 million) by the Shanghai branch of the People's Bank of China for illegal information collection
After the comprehensive suspension of "nurturance class" network comprehensive and indulgent drama, the audience deserves better
The drill bit of nasa's Perseverance rover was stuck with rubble and could not take samples for the time being
Chinese scientists have discovered a strategy for treating COVID-19: using particles to bind to the virus
ByteDance invested in Sequencing Technology, which is an AI industrial SaaS software service provider
Former search president of Baidu xiang Hailong joins Transsion The company that sells mobile phones wants to do more Internet
2021 Global Patent List Released: Huawei ranked fourth in the top five in the world in the United States
It's hard to escape the monopoly sanctions American court dismissed Facebook against FTC counterattack
Rewrite history! The largest acquisition in the game industry was finalized: 80.9 billion yuan exceeded Tencent's record
The most popular news this week
China successfully launched satellite 13 in 2022
Coldest holiday ever! Tencent announced that minors can play games for up to 14 hours during the holidays
In 2021, public security organs cracked down on more than 6,000 illegal payment and settlement gangs in 134 problematic games
People's Daily: Promoting Express Packaging "Green Revolution"
Ali health online the first domestic helicobacter pylori self-testing product "you tube", 10 minutes out of the results
Xiaomi Youpin Youyu announced the termination of operations
JP GAMES and Alibaba Cloud reached a cooperation to develop a metaversic solution based on the cloud
The camera is lost to the mobile phone Japan Canon close Zhuhai factory: small part parts are still working
Baidu announced connectivity with more than a dozen companies, including Meituan and Xiaohongshu
Xiaomi's mobile communication brand upgrade to achieve online self-service business