2022 to the core! Huawei Kylin New U exposure: The process has no choice but to "backslide"

Now, it's been revealed,Huawei is expected to update two Kirin chips in 2022, namely kirin 830 and Kirin 720, both using 14-nm processes.

In addition to the craft, what changes will the Kirin 830 have compared to the Kirin 820, and whether it supports 5G will be confirmed until the final release, so you can wait and see if you are interested. 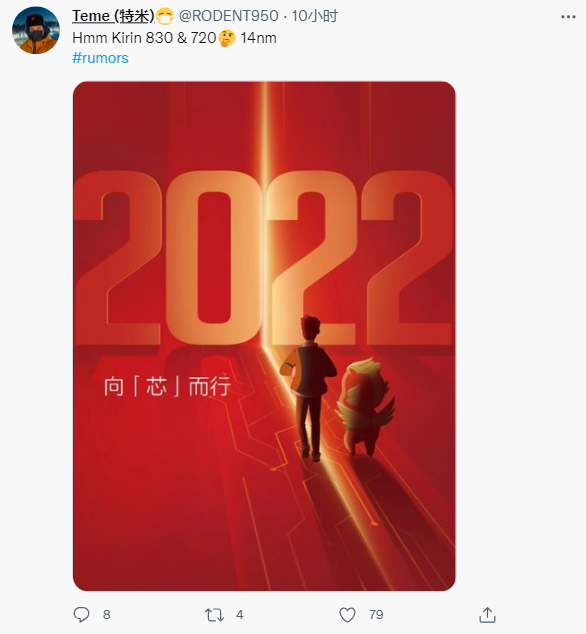