Under the impact of a round of Snapdragon 8 flagship, the most popular Redmi K50 will finally debut, Lu Weibing officially announced this morning: Redmi K50 tomorrow!

The Redmi K50 with mediatek's Breguet 9000 chip is expected by many users to be extremely cost-effective, but judging from the latest news,Even if an iteration of the Redmi K50 series succeeds a year ago, it will not be a Breguet version. 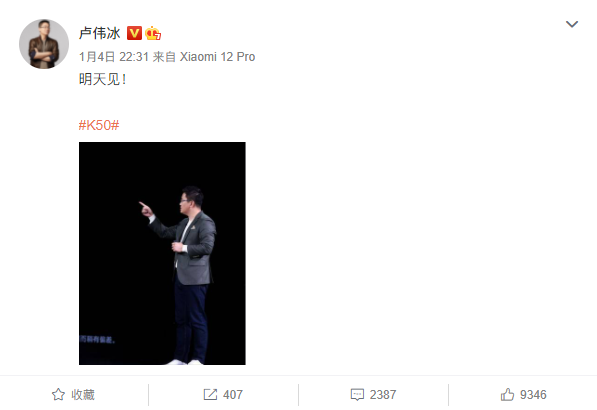 The Redmi K50 has previously been announced to be equipped with a Breguet 9000 chip, but this is just one of many models in the K50 universe,And phecda 9000 chip due to shipment time to be in the year after, so before the year may not have the corresponding version on stage. 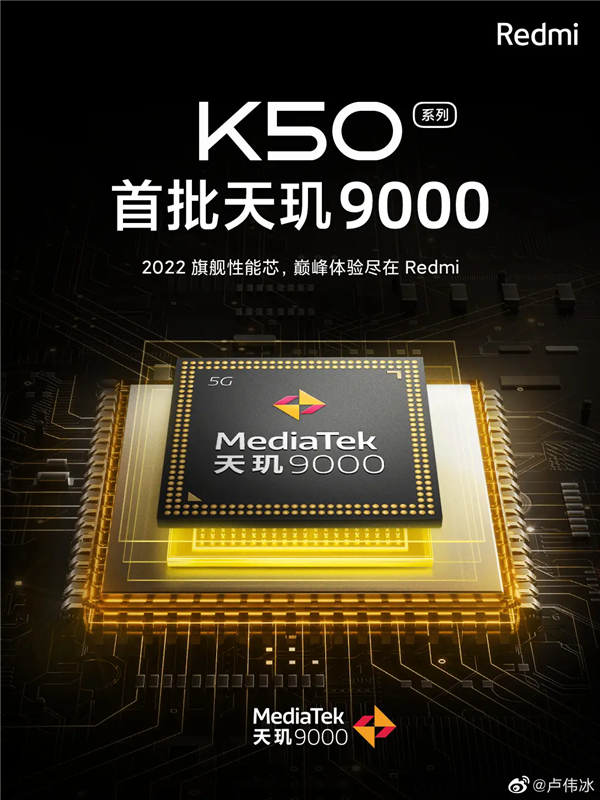 While no details have been released, it is clear that the price of the K50 series will rise further this year, and that it will be supported by top-of-the-line specs.

From the current chip market,The Redmi K50 premium is unstoppable with the Snapdragon 8 chip, and this is likely to be one of the most powerful versions of the K50 universe to be released before the end of the year.It's worth looking forward to.