Did the wechat video number broadcast the first transcript faster than shaking? 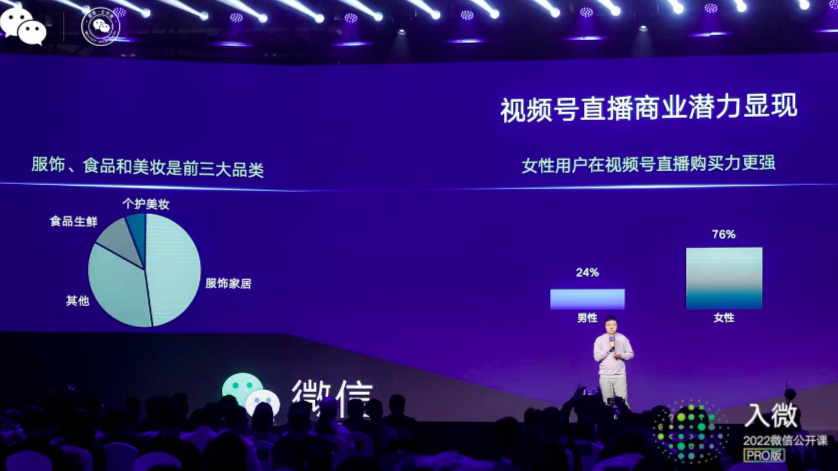 At the end of 2021, compared with the beginning of 2021, the overall sales increased by more than 15 times, private transactions accounted for more than 50%, the average customer unit price was more than 200 yuan, and the overall re-purchase rate was more than 60%. This is the latest report of the live streaming business announced on wechat Open Class PRO on January 6, 2022.

Wechat has long been cautious about the amount of advertising and marketing in its ecosystem, despite its huge traffic pool. With the development of short video industry, traffic has migrated accordingly, and wechat Video number has also begun to accelerate the speed of live broadcast e-commerce business.

Small step for a run

In October 2020, the live streaming function of the video account was launched, and shopping cart and small shop were opened. In 2021, the video number will get the same amount of position in the discovery page with moments and video number, and further get through with the public number to achieve live drainage.

In an interview with CBN reporters, the relevant person in charge of wechat video live said that from the perspective of video number, short video and live broadcast are two very important points. First, we started with short video, then launched live broadcast. At the team level, we quickly built a small team from planning, operation, research and development, and then joined the team from wechat open platform, wechat Pay and other teams.

In addition, the person in charge said that the video number live platform encourages businesses to deposit the public domain traffic of the platform into their own private domain, and provides the ability to add enterprise wechat groups, add enterprise wechat friends, and launch public accounts. Businesses can deposit direct broadcast users into different private domain scenarios according to their own needs. 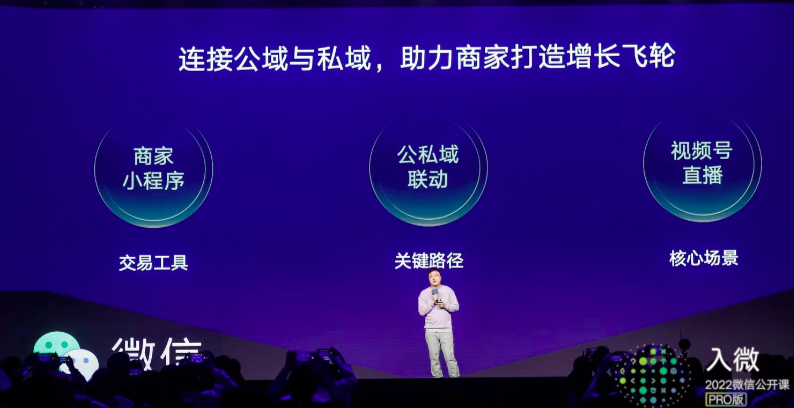 CBN reporter experience found that in Kuaishou noodles, an order of 100 yuan can achieve the effect of 769 to 1429 viewers live; In Douyin, an order of 200 yuan is expected to bring 267 to 502 live viewers. As for the progress of commercial products, the relevant person in charge of wechat Video live told CBN reporters that the video live team has no more commercialization plans so far, and the core focus is on how to improve the efficiency of user conversion.

When it comes to the choice of live platform, Zhou Shuying, head of the user growth and private domain operation team of Paomaat, told CBN reporters that Paomaat began to build its own e-commerce platform through small programs since 2018, and began to live online in 2021 to regularly reach fans.According to Zhou shuying, Paomat chose the video livestreaming in combination with its fan base and interest-driven category of trendy toys.

When it comes to the differences between different live platform, Zhou Shuying told the first financial journalist, live video, can use the public number, search, within the community, such as small program WeChat ecological matrix tools, better do an appointment for live, live in air of that a moment, WeChat old fans can immediately get stronger push and let us know, Bubble Marte is also in the video number in the last six months of the flow policy, video number with some public domain flow feedback with support.

Number but it is undeniable that video electricity properties also in the process of cultivating slowly, Zhou Shuying said, because the user wont see WeChat as social browsing tools, so compare taobao live video, live in the store information and is a traffic advantage, since the sowing and taobao from seeding in electric tools, marketing products such as this will be more close to the electricity business environment.

And trill live in Zhou Shuying seems live between live video, and taobao platform, on the one hand, businesses can get larger public domain on its platform flow feedback - either by paying on the form or form of feedback algorithm, on the other hand trill increased investment in electricity tools, including coupon fission ability, the ability of partial electricity conversion tool, etc. Therefore, in contrast, although the video number live broadcast e-commerce attribute is a little weak, but the private domain attribute is the strongest.

As for how long the low-cost flow support of VHD will last and how large the investment in commercial tools will be gradually increased, the person in charge of wechat VHD said that currently VHD hopes that this incentive will be sustainable and long-term.

Related news
The linely group's best mobile processor of the year: God u Kirin 810 wins the title
Has soared to 54,000 Wechat and downloads surged in the U.S. over the weekend
Hot news this week
The developer of the dating app Tinder has reached an agreement with Google over billing rules for its app store
Still did it! Canada has banned Huawei and ZTE from participating in the country's 5G network on "national security" grounds
Red Elf Lightning erupts in the Himalayas Spectacular Spectacle: Experts Reveal What Exactly Is This?
The founder of the Internet Quick Hand Su Hua was taken away for investigation, and the fast hand responded: the news was not true
Wang Xiang, president of Xiaomi, explained that a shortage of low-end chips is a major challenge in overseas markets
Or for Studio Display Pro, the release of Apple's 27-inch Mini LED-backlit Display has been delayed by October
Tencent Q1: The business service business has "slightly decreased" year -on -year, and resource centralized video cloud and network security | View financial report
One picture to understand! Blue Factory has issued 3 new machines in a row: self-developed chip blessing, the narrowest lower border
Sony released the active noise-canceling headphones WH-1000XM5, equipped with 2 chips and 8 microphones
Tencent established a smart technology company in Chengdu, and its business scope includes Internet data services
The most popular news this week
How does the Internet make People Copy each other
Fed Vice Chairman: The future digital dollar may complement the coexistence of stablecoins and commercial bank currencies
ZHANG Pingan, CEO of HUAWEI CLOUD: The value of data governance in China has not been fully tapped Data and AI should be accelerated
Shenzhen Atmosphere! The sales price of mobile phones, computers and other products is subsidized by 15%
Microsoft shows third -party components: Win11 chicken rib function is saved
No need to grab it! Sony announced an increase in PS5 shipments
Audi advertising poster photos only sell for 8 yuan? Photographers question the unreasonable use of the photo purchase
Twitter spent $150 million to settle privacy and security lawsuits with the U.S. government
Hong Kong Hang Seng Index Opens 0.5% Baidu Hong Kong Stocks Open More Than 2%
Amazon's new CEO participated in a shareholders' meeting for the first time: to restore normal profit, ready to cut off the excess warehouse