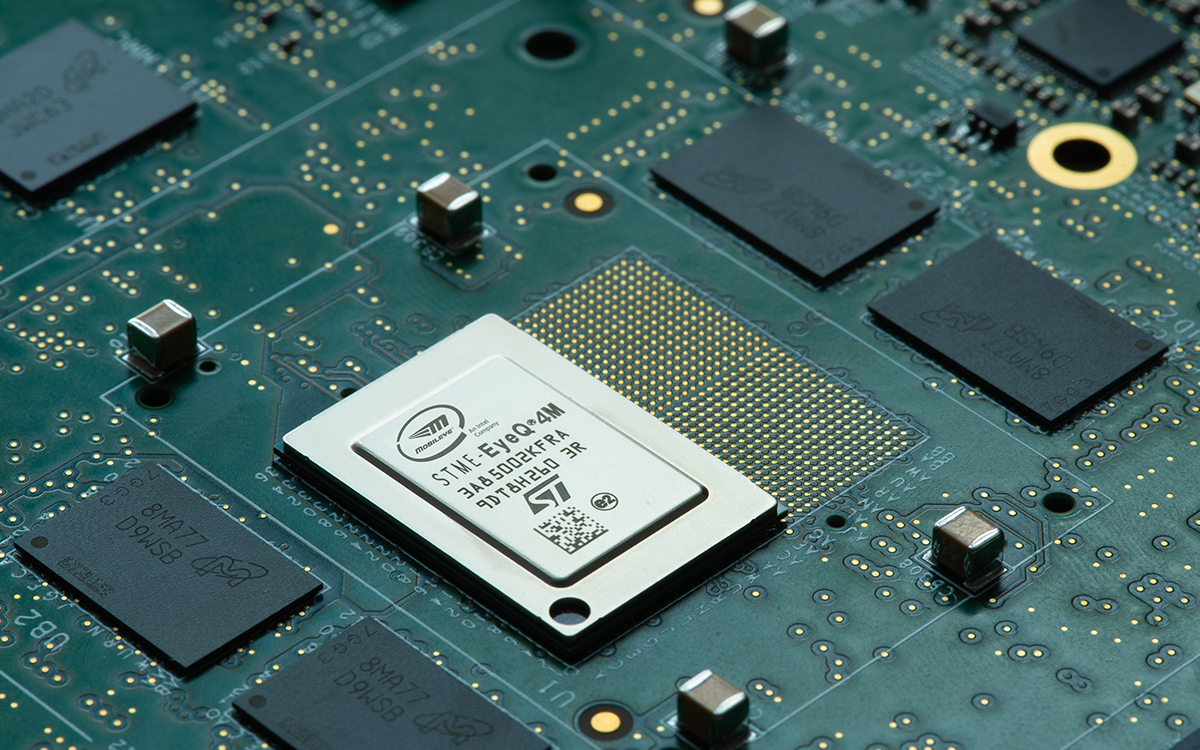 Among them, Eyeq Ultra uses a 5nm process process, and the operation per second is more than 176 trillion, which can meet the needs and application scenarios of L4 automatic driving. It is expected to compete with Tesla, Ying Weida and Qualcomm in the field of advanced driving calculation chip. . EYEQ Ultra is expected to be supplied at the end of 2023, and in 2025, it is fully realized.

EREZ Dagan emphasizes that compared to the most economical, safest and minimum power products, the most economical, safe and minimum power products, compared to the OEM and Tier 1 (first-class supplier) customers, compared with the high-end computing solutions available to Bidden, Qualcomm. Sensitive, and Mobileye will provide solutions for mass customers, mass production, regional scalability.

"Now there are many Robotaxi (automatic taxi) projects that have a 'moon project', their cars have a lot of sensors, and many computing platforms are piled up, driving in a limited area. This follows the mass production of the mass market. The automatic driving solution is completely different. "EREZ Dagan is represented by titanium media app. 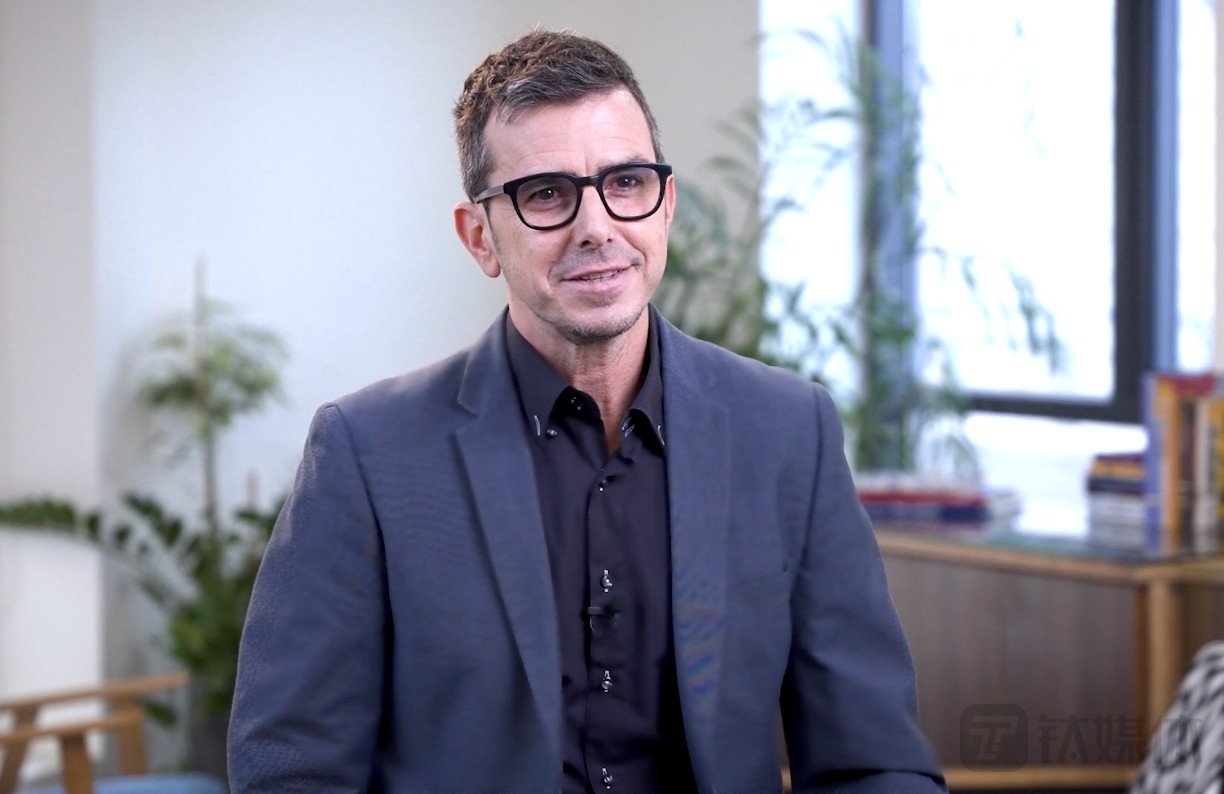 It is reported that Mobileye is established in 1999 Global Advanced Driving Assist System (ADAS) and Automatic Driving Solution Service Provider, headquartered in Israel Jerusalem.Through its proprietary software algorithm and Eyeq series chip, Mobileye can analyze the vehicle, pedestrian, rider, animal, fragmentation and other obstacles may have a detailed analysis of the collision vision, providing a road synergistic solution.

In 2014, Mobiley was listed on the New Year, and is the largest IPO in the United States in Israel. In March 2017, Intel announced its merged acquisition of $ 15.3 billion. Before you returned, the city value of Mobileye has reached 13.92 billion US dollars.

At this CES show, Mobileye said that the shipments of Eyeq chips reached 28.1 million in 2021, and over 100 million Eyeq chips have been completed. And the current Mobileye has collected 200 pb virtual driving data, and 188 new models use the company's technology.

EREZ Dagan said in an interview with titanium media APP that they can foresee that 2024-2025 Smart Automobile Market will have a huge market demand for Eyeq chips, and the market prospect is broad. Unlike companies that sell SOC chips, Mobileye provides solutions that OEMs need to scale. "This means that the market needs to be able to suit the low-end (popular) market, and by additional functionality, adapt to the high-end market."

However, there is no previousMedia report, Mobileye exists, the system is closed, the algorithm iteration, the length of the algorithm, and the automobile enterprise cannot modify and adjust the internal algorithm. The main reason is that the company's automatic driving solution provided by the company is chip add sensation algorithm. Packing plan,This has triggered a lot of car companies to choose Ying Weida Orin, Gao Tong RIDE car chip solution, such as the company, ideal, BMW and other vendors.

In this regard, EREZ Dagan told Titanium Media App, they have received feedback and is performing improvement.

Specific in Eyeq 5, Mobileye released an SDK for this, and cooperates with many OEMs around the world. In a new generation Eyeq 6H product solution, Mobileye will provide OEM vendors to customize demand for GPU (graphics processors) and ISP (image processor), allowing customers to have homemade external software layers, enriching the entire smart car ecology.

But he emphasized thatCustomers with basic ADAS (equipped with Eyeq 4) are very sensitive to prices, so they don't need to program on the Eyeq chip, just provide security assistance behind the windshield. He believes that these customers pursue the most economical, safe and minimum products. With the close combination of Mobileye software and SOC, customers can reduce the verification cost, improve energy efficiency, reduce cooling costs, while Mobileye fully meets the demand for Partnership for EyeQ programming. "Our customers like this compact design very much."

For the Chinese market, Mobileye announced that its new intelligent pure electric brands under Geely developed the pure electric car (EV) supporting Level 4, and will be listed in China 2024.

EREZ Dagan said in an interview that it is very important to cooperate with the tenshal, Mobileye hopes to promote the first landing L4 consumer vehicle in China. In addition, Mobileye announced the establishment of a China's local data center and expanded the number of companies in the Chinese team.

"We are indeed a powerful and important Chinese team. We touched people from Intel, from Israel to China. For REM (road network information management) technology, it has been equipped in the model of extreme 氪 001 Related content, in the future, REM will be used in China in full compliance, localization. This is very important to Mobileye. "EREZ Dagan said.

Intel Recently disclosed financial data show that in 2021, Mobileye received 41 new orders for more than 30 car companies, and the overall camp reached $ 1.4 billion, an increase of 40% year-on-year. Since the acquisition of Intel, the company's revenue, the annual chip shipments and employees have increased by three times.

also, Intel announced on December 8 that they intentionally split Mobileye, and expect market values to reach 50 billion US dollars.

Related news
Intel Mobileye will be the main force in reducing the number of employees in the autopilot project
The biggest investment in Israel's history! Intel acquired Mobleye to set up a research and development center in Jerusalem
Vice President of Intel: Mobileye automatic driving plan is more suitable for the public than Qualcomm British Weida
Hot news this week
Zhao Lijian responded to the British "blocking" Huawei: generalizing the concept of national security harms others and harms themselves
Zhao lijian said the UK's decision to block Huawei under PRESSURE from the US was damaging others and not benefiting itself
Half a billion! Pay treasure collect five blessing to come: exceed 50 thousand people collect qi have you
Behind Microsoft's acquisition of Blizzard: Intended to build a super game carrier, SONY is the most hurt
Behind the exposed layoffs, China has praised the loss growth, and the stock price has fallen 67% in three months.
Mediatek's 40% share topped the mobile SoC market, leading for six consecutive quarters, followed by Qualcomm and Apple
The largest transaction in Microsoft's history! Hao Zhi 436.1 billion cash acquisition moving blizzard
Microsoft's $68.7 billion acquisition of Activision Blizzard became the largest acquisition in the company's history
Huawei applied for the Tianchi trademark again, and the international classification is scientific instruments and website services
Cait: it is not recommended to take quarantine measures directly for travel card users with asterisks
The most popular news this week
7 years! The classic control panel doesn't die: Windows 11 takes another step back
The most comprehensive summary! Apple will release the most equipment in history this year.
Microsoft forced upgrade Windows 10 20H2: It also uses machine learning
VR/AR global invention patent ranking TOP100: Samsung, Tencent, baidu top 3
Good start! China's software business revenue increased by 17.7% to 9,499.4 billion yuan in 2021
Microsoft Surface Pro 8 pushes the January driver update
How hard does the physics teacher work in class? Dismantle your own iPhone and induction cooker for students to see
Huawei applied for the registration of petal series trademarks
Tencent, China Merchants Port established The Port teng Internet technology company, registered capital of 50 million
Xiaomi applying for a Mibao trademark, international classification is a financial property management