Lay off workers, cut production, change industries! What happens to the TWS industry in 2021? 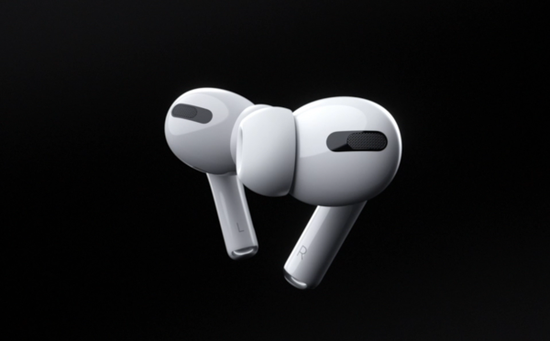 Recently, IDC released the Quarterly Tracking Report on China's wearable Device Market in the third quarter of 2021. According to the report, China's wearable device market shipped 35.28 million units in the third quarter of 2021, up 5.0 percent year-on-year. The significant decline in market growth is mainly caused by weak market demand, unclear product positioning and partial supply pressure.

It is worth mentioning that among all kinds of wearable devices, the market shipment of earwear devices reached 19.9 million units, up 40.0% year on year. The market is still growing fast, driven by products in the lower price segment. As more mobile phone manufacturers focus on the layout, the growth of the real wireless market will be particularly significant.

A TWS headphone industry person also told Jiwe.com that, first of all, the major brands in the past two years to the TWS headphone product line is becoming more and more perfect, users can choose more products; Secondly, with the increase of shipments, many functions originally appeared in high-end models are gradually infiltrated into low-price products; Finally, since this year, users in many countries and regions have indeed taken "cost performance" as an important criterion in choosing TWS headphones.

Based on the changes mentioned above, the end market demands on the supply chain will also change. In the rapid growth of the TWS headphone market, shanzhai products are also an integral part of the industry; Once in the early days of market development, manufacturers engaged in the manufacture and sale of shanzhai products can be said to make a lot of money.

"In the early stage, the demand for highly imitation brand earphones was very high, and factory orders were full; However, once the sales volume of such products is large, the interest loss degree of genuine products is also more serious. Therefore, in the past two years, the strength of brands to suppress shanzhai products is increasing. Part of that is through legal channels and part of that is to increase coverage across the price range."

According to a manufacturer of counterfeit products, the most popular of all counterfeits are the Airpods series, which Apple has been cracking down on in recent years to reduce the impact of counterfeits on sales. In addition, the author also noticed that the price of products on major e-commerce platforms also decreased year by year. I searched for the second-generation AirPods on JD.com, and the discounted price was as low as 700 yuan.

Other brands are even more dazzling in the variety of low and medium price products. The author found by checking the official website of ZOL that among all the TWS earphones of all brands included, there are as many as 1814 products under 200 yuan. Top three on the hot list are Lenovo LP80, Redmi Airdots 2 and Rambler LolliPods, priced at 104 yuan, 79 yuan and 158 yuan respectively.

Among the 1,814 models, 507 TWS headphones are equipped with the noise-canceling function. Lenovo LP80 and Redmi Airdots 2 are still in the top three of the hot list, including the Redmi Buds3, which is priced at 159 yuan. 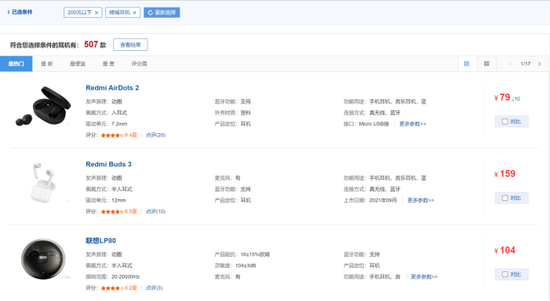 In this situation, small factories that rely on shanzhai orders to survive are struggling.

"The first two years were the busiest," the manufacturer said. "Although each year was worse than the last, compared with this year, our orders last year were still able to maintain the factory operation. "Since the beginning of this year, orders throughout the factory have decreased by more than half, mainly due to a significant reduction in demand for high imitation orders for branded earphones."

It is well known that the performance of the smartphone market is quite low this year, for mobile phone brands, they have to seek more growth points. As a result, the TWS headphone line has become an important focus for many brands this year.

As IDC notes in its report, the earpiece market grew 40% year on year, driven by lower-priced devices, as more and more handset makers moved aggressively into headsets, even as other wearables struggled.

"In fact, the fastest growth this year is android brand earphones, and the products of major manufacturers basically cover the low, middle and high price segments," an analyst told Jiwe.com. Even many low - to mid-priced products also come with good configurations, which are sufficient for most users to meet their daily needs. "With both brand security and cost-effective advantages, users will definitely prefer it, which is inevitable in the consumer electronics market."

In the face of the aggressive brand camp, both shanzhai white brand manufacturers and their supply chains have become powerless to compete. "Now almost all resources are tilted towards the brand camp, and the concentration of industry shares will become higher and higher. Just like the mobile phone industry, the big factories will be busy in the future, while the small factories will be directly 'finished'." The manufacturer of high imitation headphones mentioned above regrets.

The manufacturer also told Jiwe.com that the "shuffle" in the TWS headphone industry has accelerated since last year. Industry Matthew effect, many small factories have been shut down, forced to switch. "While order volumes may be sustainable for most mid-sized suppliers, But what we are seeing more is that most manufacturers are reducing staff, reducing costs and reducing capacity."

Even so, as TWS headphone penetration continues to increase, market size growth is bound to slow further and share concentration will continue to increase at that time. It can be expected that in the next three years, the TWS headset industry will become more mature, and it is bound to embark on the same track as the mobile phone industry -- after a larger scale survival of the fittest, the market share of both the terminal and the supply chain will be highly concentrated. (proofreading | nissin)

Related news
Microsoft is suspecting to be developing TWS real wireless headphones
What are the advantages of Bluetooth 5.0 chip? Top five best used TWS Bluetooth headsets
LG's audio brand xBOM released 4 new products to join the TWS headset competition
Don't buy a real wireless headset. Xiaomi's TWS flagship headset is on the way
The world's first intelligent dynamic noise reduction TWS headset on stage! Huawei freebud Pro wireless headset
Airpods market share dropped to 29%, but Apple still holds an important position in the TWS field
Lay off workers, cut production, change industries! What happens to the TWS industry in 2021?
No wonder Apple is in no hurry! TWS Bluetooth headset sales ushered in a rapid growth: shipments significantly increased
The world's first HWA certification! Huawei new TWS headset first sales: 1199 yuan
Hot news this week
With the NIL technology, Canon wants to provide China with a lithography machine comparable to the EUV
Genius hacker Geohot promised Musk 12 weeks to fix Twitter search, but posted for help because he wouldn't react
Google's parent company is planning to cut tens of thousands of jobs
The Long March 9 is basically confirmed: the low-orbit carrying capacity of 150 tons can carry the entire space station into space
A small plane in the US has crashed into a 30-metre high voltage power line and got stuck: 80,000 people affected
Can recording others' wechat chat records be used as evidence? The Beijing Internet Court has an answer
Alibaba launched a new cross-border e-commerce platform in Spain, aiming to operate independently in the middle and high-end market
Google is concerned that Microsoft's acquisition of Activision Blizzard will affect the ChromeOS experience
The second generation Snapdragon 8 flagship! Mi 13 toughened film appeared: four sides and other narrow screen accounted for a stable ratio
A Tesla crashed into two cars in Taizhou, Zhejiang province, killing two and injuring one, police said
The most popular news this week
The most controversial generation of Windows: Vista turns 16!
Apple lost $56.1 billion on Black Friday! Production of the iPhone 14 is expected to drop by nearly 10 million units
Chinese storage stands up: SSD forced overtaking! World giants like Samsung lag behind
QQ membership via SMS has become a thing of the past: Tencent officials said the relevant business functions have been offline
Two men ransacked an Apple store and made off with more than 200,000 products: a textbook move by the employees
South Korea 2-1 Portugal repeat Asian miracle: Lei Jun with Xiaomi 13 thumbs up
The standard version is unbeatable and sells for 3,999 yuan for Mi fans
Two new Huawei devices are ready to launch: one is more creative
For the first time ever! NVIDIA graphics card to play the game flash screen must refresh the BIOS
Samsung Galaxy Z Flip5 exposure: Larger screen, fewer creases