According to MacRumors, Dropbox has finally begun testing a native Mac app that runs Apple's Silicon chip, following widespread criticism from customers and users who initially believed that Dropbox had no plans for native support for the latest M1 Mac. 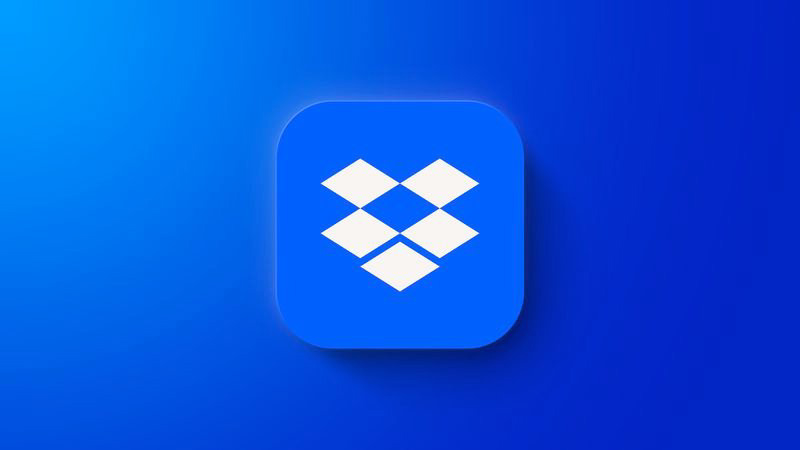 Last October, an official response to comments on Dropbox's forums indicated that Dropbox had no plans to add support for Apple's Silicon Mac to its Mac app, IT Home has learned, Continue to rely on Apple's Rosetta 2 translation technology for intel-based applications on newer Macs. The forum theme was widely criticized by irate Mac users and eventually led the company's CEO to come out and say Dropbox would offer support for native Apple Silicon chips in the first half of 2022.

Now, a week into the New Year, Dropbox seems to be living up to its promise. Dropbox says it has begun testing native Apple Silicon support with a small group of Mac users and plans to offer it to everyone running a beta version of its Mac app by the end of January.

Intel-based apps on new Macs will occasionally run more slowly, take little advantage of Apple Silicon's performance improvements and energy efficiency, and may not work as well as apps optimized and tested specifically for Apple's Silicon chips. While Apple's Rosetta 2 translation technology works for most users, Apple Silicon's apps generally run better, use less power, and are more likely to provide a better user experience than the Intel-based apps on newer Mac laptops and desktops.

Dropbox's poor performance on Macs has prompted some users to switch to third-party clients that support Dropbox syncing. With Dropbox planning to give all of its beta users access to its native Apple Silicon chip app by the end of this month, an official launch is expected soon after, and in the first half of 2022, as the company's CEO has previously promised.

Related news
Apple's self-developed MAC chip M1 details: performance and energy efficiency doubled, far better than Intel processor
Detailed evaluation of Apple silicon M1 MacBook Air
Apple M1 performance reviews out power and speed x86 competitors
PC will change! Is apple M1 killing arm the future?
M1Mac version Chrome 66%-81% faster than Rosetta 2 version
What does it mean for apple to use M1 chip?
Apple's 10-year layout makes M1 MAC debut
The document confirms that the power consumption of M1 MAC Mimi is only 1 / 3 of that of Intel chip version
Apple M1 MAX chip performance exaggerated video export speed is three times faster than Mac Pro
Dropbox is finally testing for apple's M1 Mac
Hot news this week
ByteDance invested in Sequencing Technology, which is an AI industrial SaaS software service provider
It's hard to escape the monopoly sanctions American court dismissed Facebook against FTC counterattack
Former search president of Baidu xiang Hailong joins Transsion The company that sells mobile phones wants to do more Internet
2021 Global Patent List Released: Huawei ranked fourth in the top five in the world in the United States
Jiangxi Bank welcomes the new sector, the former is dismissed, and the profit has decline since the listing since the market.
The Shanghai Astronomical Observatory found a case of a galaxy "escaping" 12.1 billion light-years away
Rewrite history! The largest acquisition in the game industry was finalized: 80.9 billion yuan exceeded Tencent's record
Ma huateng: Tencent is just an ordinary company that can be replaced at any time
Enterprise WeChat active users reached 180 million The new version is connected with the video number
Lanzhou Bank was abandoned to buy 12.85 million yuan, and the first issuance was "broken", still 4 times more expensive than its peers
The most popular news this week
Build a car in an average of 34 seconds! The annual production capacity of Tesla's Shanghai factory may exceed 1 million units
Due to the false statement of leshi securities, shanxi securities subsidiary was sued for 4.571 billion yuan
Realme China President Xu Qi: Dynasty "The most popular science and technology" ""
Tesla is still a "fragrant feast" The four Indian states invited him to set up a factory in the local area
Reduce dependence on China? Tesla gets key battery materials from Mozambique
Lei Jun suggests that Xiaomi 12 series is about white
Netizens opened the Xiaomi router 4 four years ago: I found "ARE YOU OK!!!"
A hardware conference, why talk about software but more time?
The chip is comparable to the Mac, the computing power exceeds the iPhone, and the Apple AR/VR headset is really so strong?
Can working in the metasverse be more productive? Lenovo's Huang jianheng: There are also complex technical challenges