Celestial Eye may have explored an alien civilization: experts say it will take time to identify

"I really hope that one day I will establish contact with aliens, and I hope that this day will really come sooner rather than later." In the live broadcast of the Chinese Academy of Sciences' 2022 New Year's Eve speech, Academician Wu Xiangping said he believed aliens existed because Australian scientists received a signal on Proxima Centauri two months ago, which was ruled out by human interference.

"The signals received by FAST (China's Large Radio Telescope) are also likely to be signals of extraterrestrial civilizations, but we don't have time to identify them yet." Peng Bo, director of the FAST Key Laboratory of the Chinese Academy of Sciences and researcher at the National Astronomical Observatories, also said.

To search for signals from alien civilizations, radio telescopes are very important tools, which can take images of the universe billions or even tens of billions of years ago, help humans understand the origin of the universe, detect gravitational waves, and so on. In December 2020, after the complete collapse of the Arecibo Radio Telescope in the United States, the "China Sky Eye" FAST in Pingtang County, Qiannan Province, Guizhou Province, has become the world's largest single-antenna radio telescope.

A few days ago, as a witness who has lasted for more than 20 years, Peng Bo published the book "Sky Eye Project: Fast Dream Pursuit of large radio telescopes", which recorded the birth process of "China's Sky Eye".

For thousands of years, humans have observed the universe mainly through the visible light band, and in fact, radiation from cosmic celestial bodies has covered the entire electromagnetic spectrum. Among them, the discovery of radio waves, which is only 90 years old, is an important way for humans to "listen" to the universe. In 1932, Carl Jansky of Bell Labs in the United States accidentally discovered radio radiation from the center of the Milky Way, marking the birth of radio astronomy.

Peng Bo said that by looking at two photos of the M81 galaxy group located in the direction of Ursa Major, 12 million light-years from Earth, the advantages of radio telescopes can be clearly found. In the photos taken by the optical telescope, these galaxy groups are three isolated galaxies, while the photos taken by the radio telescope show that there is a relationship between the three, "that is, the radio observation can 'see' the faint connections between the optically invisible galaxies, providing a 'holographic photo' of the cosmic celestial body." ”

In the book "Exploration of Extraterrestrial Civilizations: From Science to Fantasy", co-written by historians of science Mu Yunqiu and Jiang Xiaoyuan, it is mentioned that on November 16, 1974, after the first interstellar radio information was sent to the M13 globular cluster through the Arecibo radio telescope, Martin Ryle, the Nobel Laureate and radio astronomer of the year, issued a statement of opposition, warning that "any creature in outer space may be full of malice and hungry". It also called for an international ban on any attempt to connect with and transmit signals to extraterrestrial life on Earth. 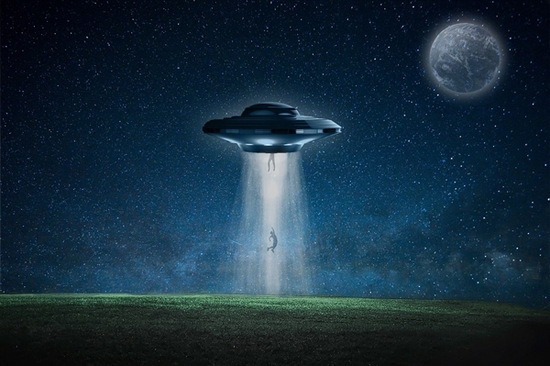 Related news
Windows 10May 2020 information summary: release time, new features, etc .(figure)
Windows 10 may 2020 ready to launch: inventory of major new features (Figure)
[animation] Microsoft demonstrates eye contact function: make video chat face-to-face
Hot news this week
Zhao Lijian responded to the British "blocking" Huawei: generalizing the concept of national security harms others and harms themselves
Zhao lijian said the UK's decision to block Huawei under PRESSURE from the US was damaging others and not benefiting itself
Tencent web drama "Beginning" Douban opening score 8.2: the male protagonist's mobile phone has become a highlight!
Samsung's new notebook patent publication: the keyboard is divided into two-quarters after two folds.
AsiaInfo Technology Announces Acquisition of iResearch Consulting to continue to increase digital operations and digital and intelligent transformation
Canon China plans to close some production lines in Zhuhai in response to the zhuhai company's suspension of production
Breakthrough: Chinese scientists have discovered and confirmed the boson exotic metal for the first time
Volkswagen's sales in China plummeted, a record low in 8 years! The CEO revealed the reason for the helplessness
Only 2 decisive headphones Class A Certification of the Ministry of Industry and Information Technology? Perhaps it is misunderstanding
1KW electric energy production 3KW heat Tesla hot pump low temperature hidden dangers were investigated
The most popular news this week
Can Jay Chou listen free? Look at 15 seconds, listen to 30 minutes song, QQ music internal test free listening song mode
Activision Blizzard employee: It's good that the company is being bought by Microsoft. Maybe it can be saved
The Hang Seng Technology Index is 0.95%: Netease has fallen over 3%, and the quick hand fell over 2%.
China's groundwater resources reserves are identified for the first time: the southern freshwater reserves account for only 5% of the country's total
Microsoft Gaming Executive: Had a friendly call with Sony management
The United States seeks to contain scientific giants Google 2021 year tour spending increased by 13 million yuan
QQ Music ranked third among the world's most popular music platforms
IPHONE open side load? The US Senate Group has approved the bill to vote
钛媒体科股早知道：价格创十年新高，需求占比或提升5倍以上，特斯拉全球出击疯狂抢占该资源；国家卫健委研究出台更多积极生育支持措施
Take stock of Microsoft's top ten acquisitions: 3 of the more than 10 billion US dollars Nokia is not in the top 5