When the grandfather repaired mobile phones, they did not listen to persuasion:

As we all know, the battery used by the mobile phone is basically a lithium battery, although the capacity of the nickel hydride battery compared to the early use is greatly improved, but safety is not more than NiMH batteries. 2016 & ldquo; Samsung Battery Gate & Rdquo; Event

According to media reports, there is a problem from a grandfather mobile phone from Deyang, Sichuan. When she repair the phone repair shop, the lithium battery is removed from the curious free hand, and the result is shocked.

As can be seen from the video, the grandfather took a battery in his hand in his hand.Subsequently started with hand, and the resulting battery instantly exploded. And the uncle was obviously scared, and hurriedly put the battery on the ground.

According to the mobile phone store maintenance personnel, the grandfather is coming to the phone. After opening the phone, it is found that the lithium battery has been charged. Uncle seems to be very curious about the old battery of the drum, ask for a look.

At that time, I was clearly told him when I was given to the uncle. I can see it, but I don't want to go.But the uncle watched the battery and watched it, I got it. As a result, the battery exploded and fired.

Of course, as technology matures, now today's lithium batteries have been widely used in various electronic products, electric vehicles, etc. However, due to the cause of the lithium battery itself, there is still an occasional explosion.

At present, the direct incentive of lithium battery fire spontaneously is the thermal out of control of the battery.Simply, the battery is subject to internal short circuit due to various reasons, causing the internal temperature of the battery, and the flammable electrolyte is boiling, sprayed, and bonded to the air.

The main reason for the loss of control is that the lithium battery is very afraid of heat, if charge and discharge at high temperature, the battery itself will release oxygen and heat. The impact of multiple heat is easy to cause the smelting of the diaphragm, and there is a large area short circuit. 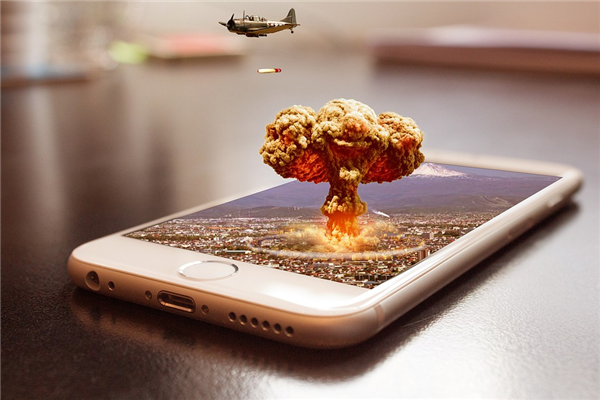 Related news
Eulogy to Windows Mobile: it's not Apple's fault that Microsoft is a "slow follower" (photo)
Hot news this week
ByteDance invested in Sequencing Technology, which is an AI industrial SaaS software service provider
It's hard to escape the monopoly sanctions American court dismissed Facebook against FTC counterattack
Former search president of Baidu xiang Hailong joins Transsion The company that sells mobile phones wants to do more Internet
2021 Global Patent List Released: Huawei ranked fourth in the top five in the world in the United States
Jiangxi Bank welcomes the new sector, the former is dismissed, and the profit has decline since the listing since the market.
The Shanghai Astronomical Observatory found a case of a galaxy "escaping" 12.1 billion light-years away
Rewrite history! The largest acquisition in the game industry was finalized: 80.9 billion yuan exceeded Tencent's record
Ma huateng: Tencent is just an ordinary company that can be replaced at any time
Enterprise WeChat active users reached 180 million The new version is connected with the video number
Lanzhou Bank was abandoned to buy 12.85 million yuan, and the first issuance was "broken", still 4 times more expensive than its peers
The most popular news this week
Build a car in an average of 34 seconds! The annual production capacity of Tesla's Shanghai factory may exceed 1 million units
Due to the false statement of leshi securities, shanxi securities subsidiary was sued for 4.571 billion yuan
Realme China President Xu Qi: Dynasty "The most popular science and technology" ""
Tesla is still a "fragrant feast" The four Indian states invited him to set up a factory in the local area
Reduce dependence on China? Tesla gets key battery materials from Mozambique
Lei Jun suggests that Xiaomi 12 series is about white
Netizens opened the Xiaomi router 4 four years ago: I found "ARE YOU OK!!!"
A hardware conference, why talk about software but more time?
The chip is comparable to the Mac, the computing power exceeds the iPhone, and the Apple AR/VR headset is really so strong?
Can working in the metasverse be more productive? Lenovo's Huang jianheng: There are also complex technical challenges