IT House January 9 news, Beijing time around 00:00, Beijing time, the most expensive and powerful infrared band space telescope built by humans so far: James Webb Space Telescope, successfully completed the deployment of the last part of the main mirror, and completed the lock.This marks the $10 billion telescope mechanism working properlyMore than 20 years of research and development and manufacturing work has finally ushered in success, and countless people's hanging hearts can be put down. 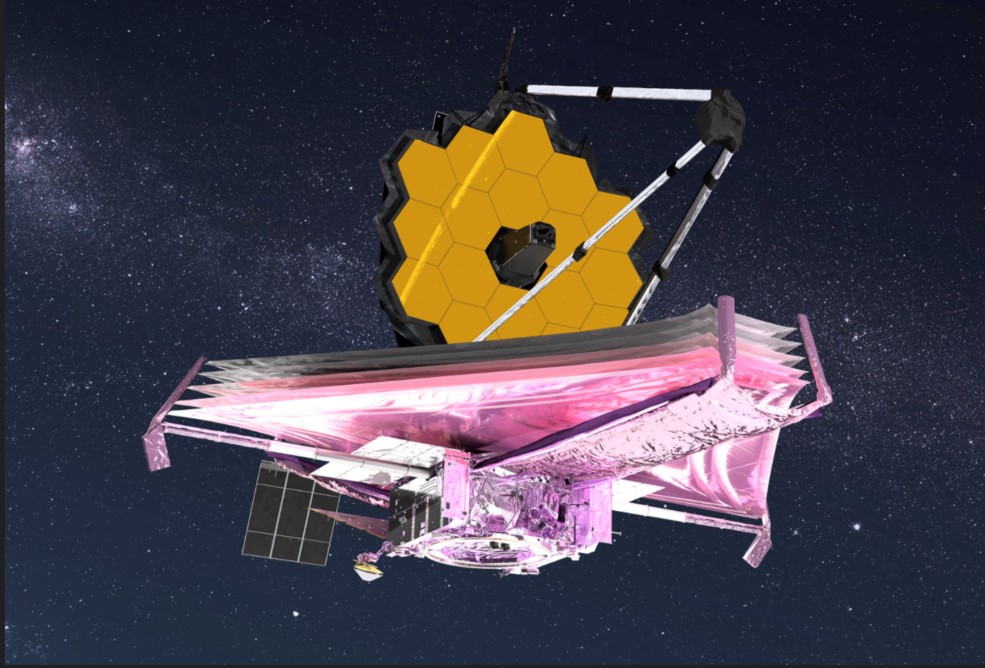 Next, the James Webb Space Telescope will continue to fly to the Lagrange L2 point halo operating orbit with a period of about 6 months; then, it will take about 5 months of mirror tuning, instrument debugging, and other test work to finally shoot the first picture. 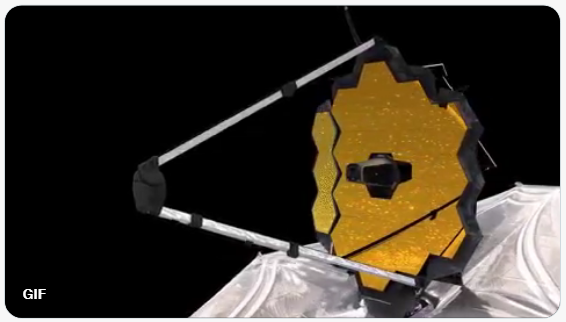 IT Home learned that the telescope has successfully completed the unfolding and tightening of five layers of large-area shading film. These films are used to block sunlight and keep the telescope body at a very low temperature to reduce interference.

The main telescope mirror consists of 18 hexagonal lenses with an aperture of about 6.5 meters and an area of 25.4 square meters. The lenses are made of high-purity metal beryllium and the surface is almost absolutely smooth. In order to improve the ability to reflect infrared rays, as well as to protect the lens, the surface of the mirror is plated with a layer of gold. Due to the large size of the lenses, there may be some deformation, and the scientists are equipped with 7 fine-tuning motors on the back of each lens, which can finely control the deformation of the lenses. 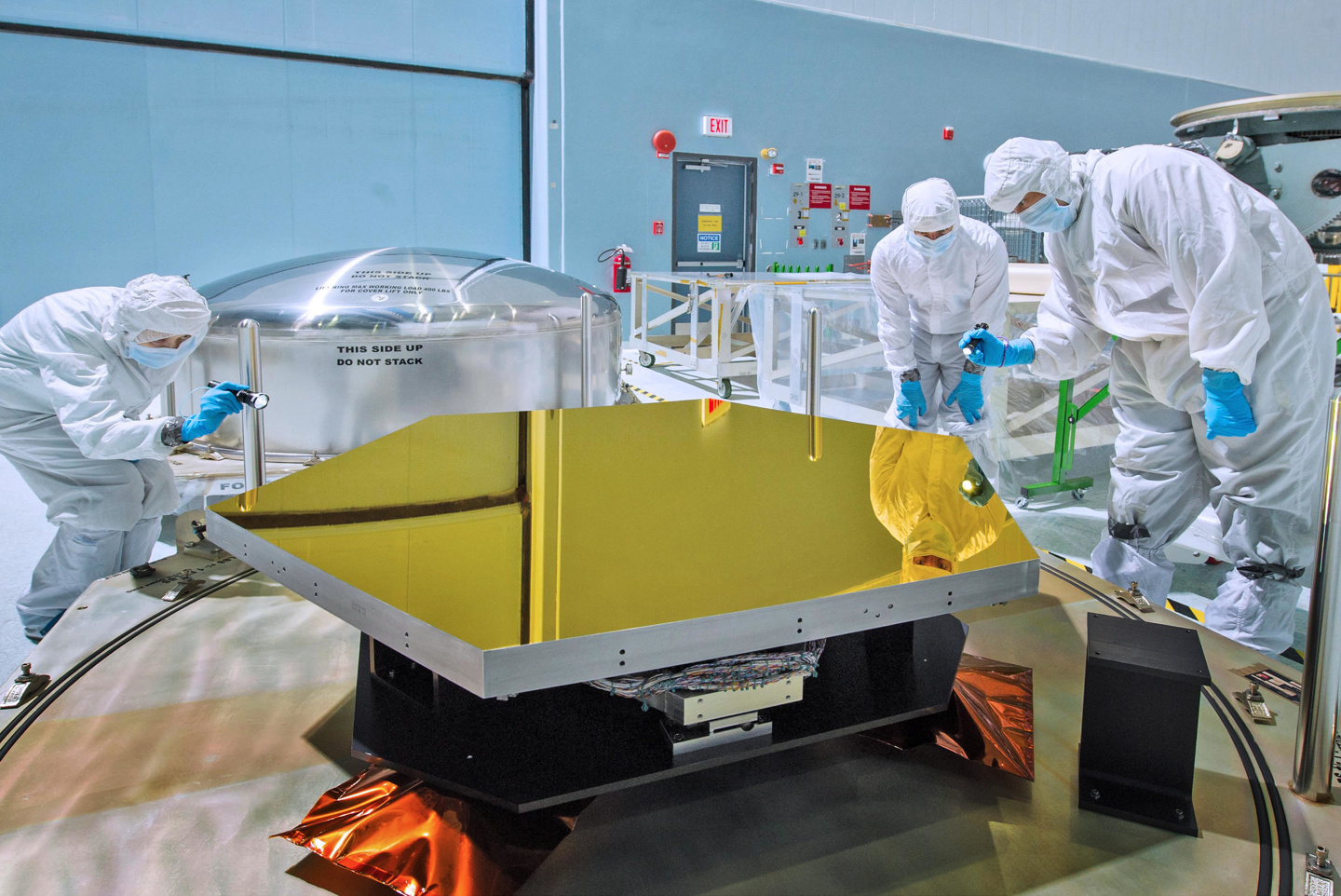 Over the next few days, the ground team at the James Webb Space Telescope will maneuver the 126 actuators to correct the lenses, which will take several months to complete.

NASA Director Bill Nelson said the successful launch of the James Webb Space Telescope marks another milestone for NASA. Built by NASA in collaboration with the European Space Agency ESA and the Canadian Space Agency, the telescope will observe the earliest scenes of the universe, promising to see the glow of the first galaxies in the early days of the universe, with the goal of observing objects 13.5 billion light-years away.

Related news
NASA has completed the main mirror deployment test of the James Webb Space Telescope
10 years of ticket skipping: NASA confirms that the launch of the James Webb Space Telescope has been delayed until October next year
Tens of billions over 30 years! The world's most powerful telescope has been successfully launched: Hubble's precision is second to no
The James Webb Space Telescope successfully completed the main mirror unfolding: it will enter working orbit
NASA confirmed that all lens motors for the James Webb Space Telescope are working properly
Hot news this week
ByteDance invested in Sequencing Technology, which is an AI industrial SaaS software service provider
It's hard to escape the monopoly sanctions American court dismissed Facebook against FTC counterattack
Former search president of Baidu xiang Hailong joins Transsion The company that sells mobile phones wants to do more Internet
2021 Global Patent List Released: Huawei ranked fourth in the top five in the world in the United States
Jiangxi Bank welcomes the new sector, the former is dismissed, and the profit has decline since the listing since the market.
The Shanghai Astronomical Observatory found a case of a galaxy "escaping" 12.1 billion light-years away
Rewrite history! The largest acquisition in the game industry was finalized: 80.9 billion yuan exceeded Tencent's record
Ma huateng: Tencent is just an ordinary company that can be replaced at any time
Enterprise WeChat active users reached 180 million The new version is connected with the video number
Lanzhou Bank was abandoned to buy 12.85 million yuan, and the first issuance was "broken", still 4 times more expensive than its peers
The most popular news this week
Build a car in an average of 34 seconds! The annual production capacity of Tesla's Shanghai factory may exceed 1 million units
Due to the false statement of leshi securities, shanxi securities subsidiary was sued for 4.571 billion yuan
Realme China President Xu Qi: Dynasty "The most popular science and technology" ""
Tesla is still a "fragrant feast" The four Indian states invited him to set up a factory in the local area
Reduce dependence on China? Tesla gets key battery materials from Mozambique
Lei Jun suggests that Xiaomi 12 series is about white
Netizens opened the Xiaomi router 4 four years ago: I found "ARE YOU OK!!!"
A hardware conference, why talk about software but more time?
The chip is comparable to the Mac, the computing power exceeds the iPhone, and the Apple AR/VR headset is really so strong?
Can working in the metasverse be more productive? Lenovo's Huang jianheng: There are also complex technical challenges