IT House Reported on January 10 that the sample collection of the Perseverance rover has encountered some obstacles. NASA reported that after some debris blocked the drill turntable (a device that stores drill bits and processes them internally through sample tubes), the rover stopped collecting samples. 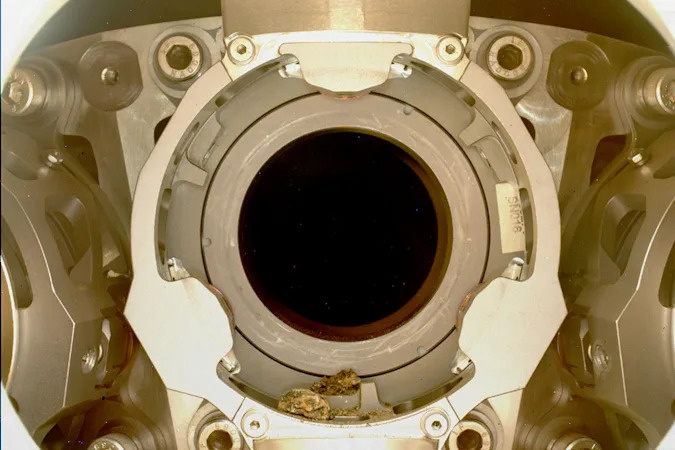 According to reports, the rover encountered an anomaly on December 29, 2021, but the mission team had to wait until January 6 to send an order to remove the drill bit, remove the robotic arm from the turntable and take a picture. 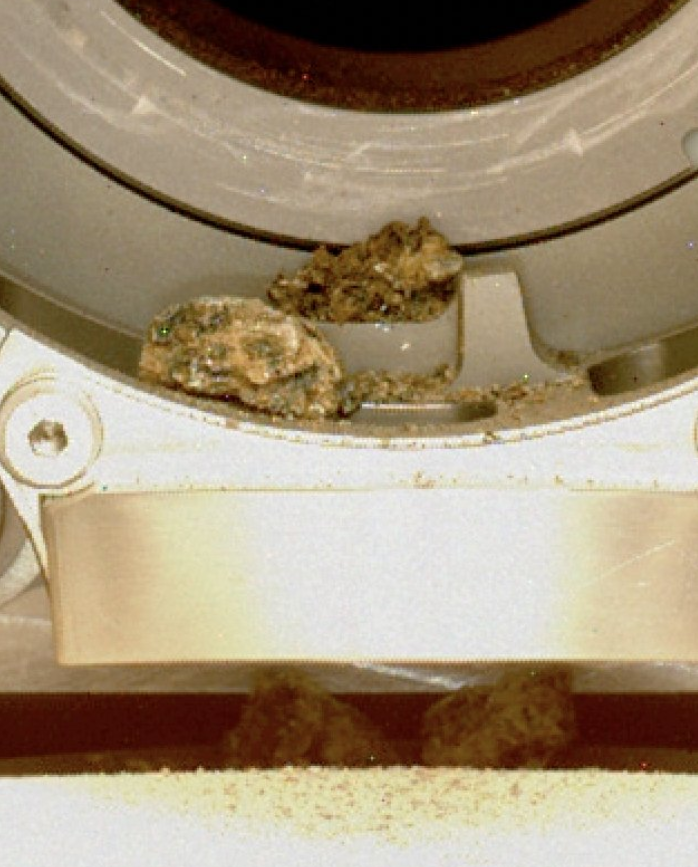 ▲ Detailed drawing of the stone block

These fragments are rubble that falls out of the sample tube during collection, causing the drill bit to not fit neatly in the turntable. The storage of this sample tube is critical to NASA's plan to return samples to Earth. 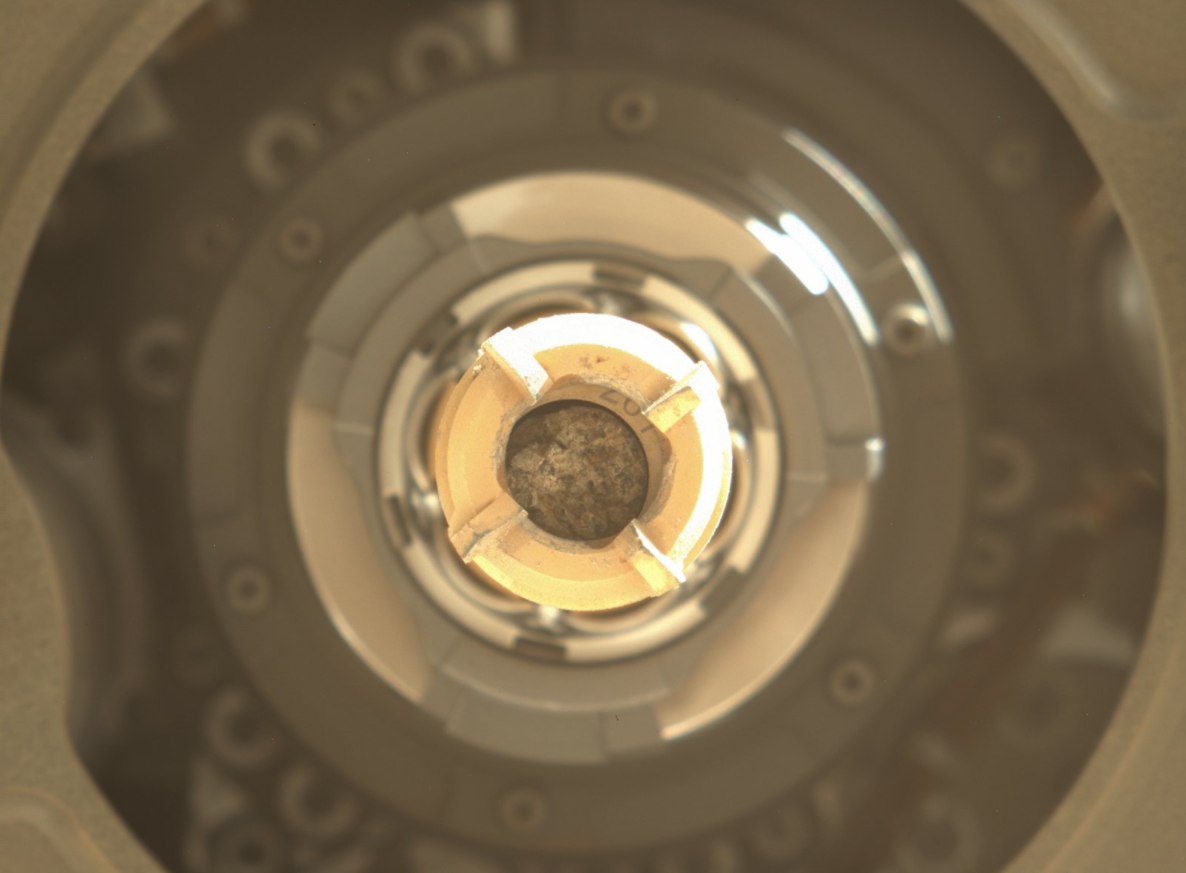 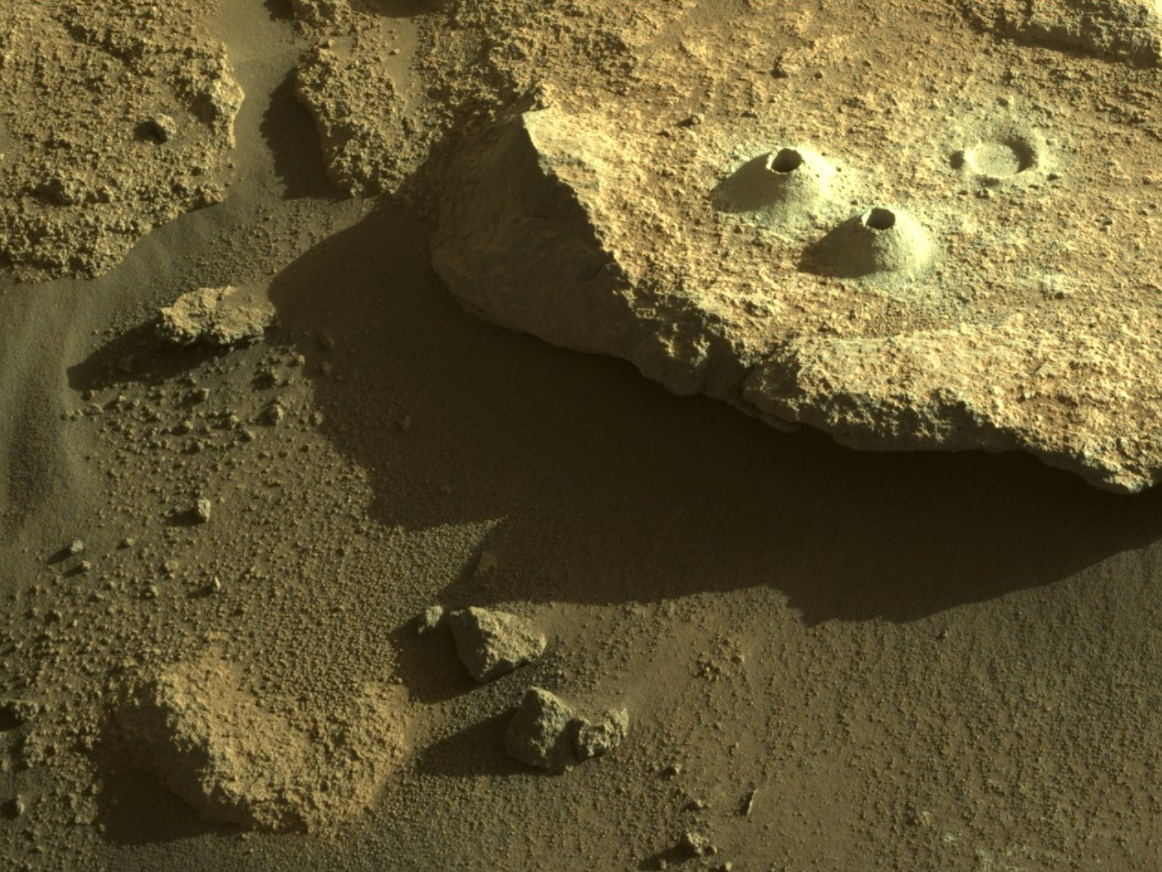 Louise Jandura, chief sampling engineer at NASA/JPL, noted that the turntable was originally designed to run with debris. However, NASA had to clean up the debris this time, Jandura said,Operators will spend a lot of time clearing debris in a "controlled and orderly manner."

Related news
Not only NASA name confirmed Perseverance but a string of Moss codes
NASA shares new information on Mars exploration mission: three spacecraft will be used
NASA shares the latest balance test video of perseverance Mars probe
I NEED MY EX BACK WITH THE HELP OF A SPELL CASTER 2021
I Need My Ex Back With The Help Of A Spell Caster 2021/2022
First 18bit ISP: Snapdragon 8 lifts the ceiling of mobile photography to new heights
The drill bit of nasa's Perseverance rover was stuck with rubble and could not take samples for the time being
NASA Mars helicopter photographs the parachute and back cover of the Perseverance rover
Hot news this week
The developer of the dating app Tinder has reached an agreement with Google over billing rules for its app store
Red Elf Lightning erupts in the Himalayas Spectacular Spectacle: Experts Reveal What Exactly Is This?
The founder of the Internet Quick Hand Su Hua was taken away for investigation, and the fast hand responded: the news was not true
Or for Studio Display Pro, the release of Apple's 27-inch Mini LED-backlit Display has been delayed by October
One picture to understand! Blue Factory has issued 3 new machines in a row: self-developed chip blessing, the narrowest lower border
Tencent established a smart technology company in Chengdu, and its business scope includes Internet data services
I once touched the ceiling of the mobile phone screen! Well-known brands announced that the new flagship is the first to carry the Snapdragon 8+
Or has it been spread insidiously in Communities in Europe and the United States: Should We Be Worried About Monkeypox? Experts demystify
Economist credit card monthly bill $11.4! Only paying for a purchase of Tencent Music, the account manager is busy "condolences"
Huawei and the Chinese Academy of Sciences jointly developed the new 3D DRAM solution is expected to break through the key root technology of storage
The most popular news this week
China Space Station's super high -definition instructions to become popular: Space villas are completed at the end of the year, and 6 people can live in 6 people
Sony PS president hinted that PlayStation will acquire more companies
Hot Search! Fresh graduates who graduated at the age of more than 24 were terminated Guangdong Unicom apologized
China's PC and tablet market status quo at a glance Demand shrinks! Huawei, glory is eye-catching
Chinese director short film Cannes won the award: the cost of 5,000 yuan took 10 days to make the work super high reputation
Two new characters! Original Gods version 2.7 pre-download has been enabled
The 780 billion "oil leader" CNOOC rose and fell in the intraday, and the stock price hit a new high since its listing
The largest acquisition case in the history of 400 billion chips Chen Fuyang and Dell only used to meet
Visual China responded to 8 yuan Audi photo questioning: 1500 yuan for sale, the original author only received 2 yuan
Musk: The U.S. recession "is actually a good thing"