In 2022 New Year's Day, Huawei Qilin throws a voice to express "2022, continue to depart, to the 'core', let people see the determination of Huawei's continued chip development, on the other hand, it is also looking forward to new products.

A few days ago, there are B stations often share the UP main setting of the Haisi development tutorial, broke the news called the Tianguang 800, the Huayi new chip, triggered foreign guesses and discussions. 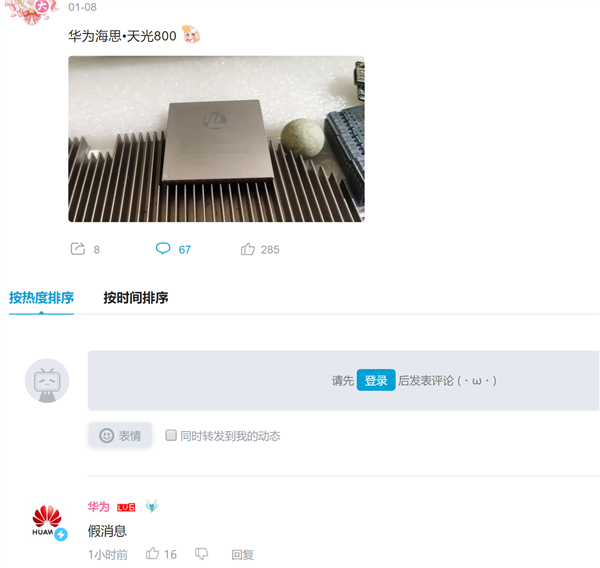 Digital blogger plant shadow fans also further pointed out that "chips are not called Sky 800, nor the latest model, so everyone should not interpret."

Simple cardiography, Huawei chip has recently been more concerned about the operation of Yue Ai ISP, a new generation of intelligent image processing engines used in the intelligent terminal of the Internet of Things; TV chip Hi373V110, etc.