According to Glory, in Magic V, the parallel horizon progressive display of a single application, multi-application, multi-task multi-window, floating window, smart split-screen, etc. A series of display, interaction and operation logic have been optimized for intelligent and simplified operation. 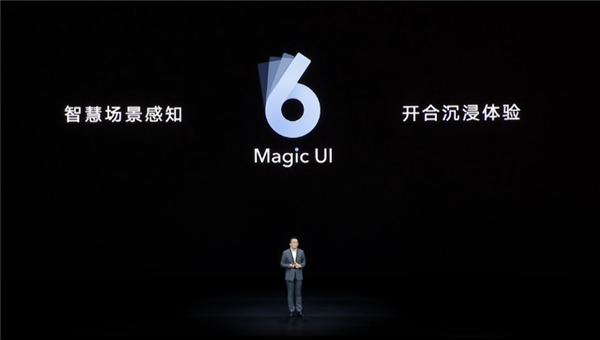 For the operation logic of the folding screen, MagicUI 6.0 has also been optimized, placing high-frequency functions in the large-screen operation area, and the interface is laid out left and right when taking photos, making it more convenient for users to operate.

In addition, on the two screens inside and outside magic V, the resolution, refresh rate and other specifications are not the same, and MagicUI 6.0 has also been optimized separately to make the display effect of the inner and outer screens as consistent as possible.

In MagicUI 6.0, Honor is also optimized for third-party applications, Migu Video can multi-channel video in Magic V,In stock trading apps such as Flush, you can get a glance at the K-line chart, and in video editing software such as Ovicut, you can also edit multi-track audio and video clips, which greatly increases the efficiency. 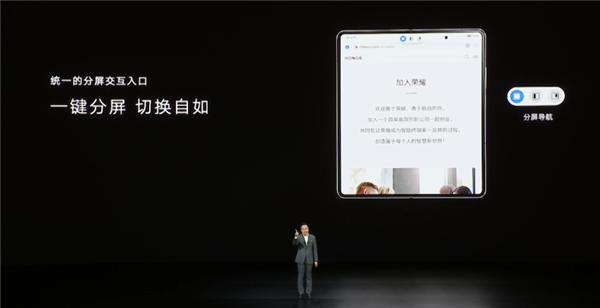 In view of the dual-screen feature of the folding screen, MagicUI 6.0 also brings a better application split screen, which can be used in mobile office, content creation, social sharing, reading and shopping, video viewing and other use scenarios.

At present, there are 100+ single applications that support parallel horizons and 1000+ multi-application split-screen adaptations.

Taking the most commonly used WeChat as an example, on the Magic V folding screen mobile phone, one side can chat, the other side can read the WeChat public account, or video chat, very convenient. 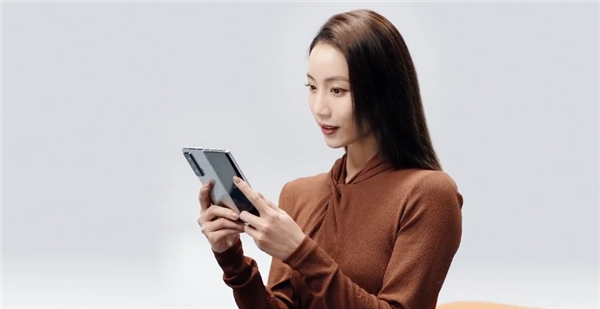