Jiangxi Bank welcomes the new sector, the former is dismissed, and the profit has decline since the listing since the market. 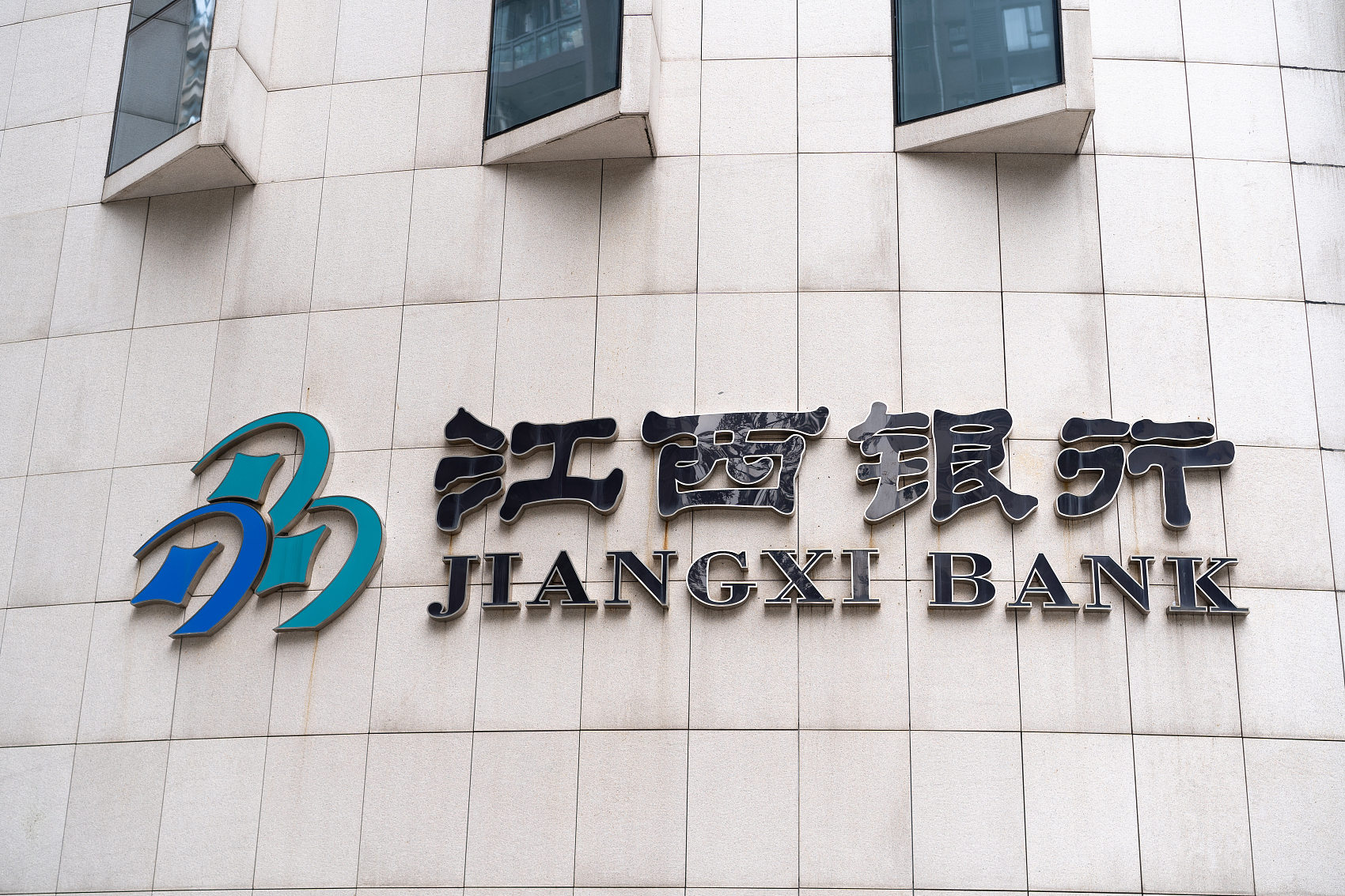 After more than two months, the former sectors were dismissed, and Jiangxi Bank ushered in new president.

On the evening of January 10, Jiangxi Bank released an announcement, and its board of directors considered adopt recommendations to appoint Luo Xiaolin as an executive director.

Previously, Jiangxi Bank has just experienced the style of hiring the leader. Detailed decisions were dismissed, which was uncomfortable in the term of office, and the reasons for dismissed "management style and ideas are inconsistent".

It is reported that the 50-year-old Luo Xiaolin has a rich experience in banking industry and has financial supervision. The public information shows that in July 1992, Luo Xiaolin graduated from the rural financial major of Beijing Agricultural University. Subsequently, in China Agricultural Bank and the National Development Bank for many years, until 2017 transferred to the financial regulatory agency, once served as Jiangxi Provincial Government Finance Deputy Director of the Office, Deputy Director of the Jiangxi Local Financial Supervision Administration.

. In fact, before soon, Jiangxi Bank has just resisted his predecessor's leader Luo Wei, the reason for the management style, the concept is inconsistent with the development of the bank, and the financial circle has triggered a strong concern.

On the evening of October 15, 202, Jiangxi Bank issued an announcement, and the management style and concept of Luo Wei is not completely consistent with the development of the board of directors. The position of the members and the members of the Committee and the Nomination Committee, dismissed the position of Luo Yi, and Chen Xiaoming, Chen Xiaoming, to fulfill his duties.

It is worth mentioning that Luo Yan does not accept the decision of being dismissed and dismissed. The announcement shows that Luo Yan expressed his objection to eliminating its above. However, Jiangxi Bank legal advisers believe that the above-mentioned detailed procedures meet the applicable laws and regulations and the regulations of the Articles of Association.

Before Luo Wei, in January 2018, Wu Hongtao, the original leader of Jiangxi Bank, submitted to the board of directors because of "personal reasons". Subsequently, Luo Wei, less than 50 years old, was hired as the second president since the founding of Jiangxi Bank. However, from serving as being dismissed, "Old will" Luo Wei took only three years for Jiangxi bank leader. The situation of bank executives is dismissed or dismissed. And Luo Yan was exempted and immediately triggered public opinion.

After the listing, the profit will fall

According to the public information, Jiangxi Bank predecessor is Nanchang Commercial Bank. In December 2015, Nanchang Bank absorbed the merchant of Jingdezhen, and officially changed its name to Jiangxi Bank, and the only provincial legal party in Jiangxi Province. As of the end of June 2021, Jiangxi Bank's total assets were 473.261 billion yuan.

In June 2018, only two and a half years were established. Jiangxi Bank successfully realized Hong Kong listing and became the first financial enterprise in Jiangxi. At this time, Luo Yu has just joined Jiangxi Bank for 4 months, which is the first president of its listing.

It can be good, and Luo Yu has been working for more than three years, and the business situation of Jiangxi Bank is not ideal.

Until 2021, its profitability is improved. In the first half of 2021, Jiangxi Bank achieved net profit of 1.33 billion yuan, an increase of 5.9% year-on-year; but the length of this year, the business income in the first half decreased by 8.14 percentage points, realized 5.354 billion yuan.

The stock price waist, the ticket is constantly

Someone, in the context of the growth rate of performance growth, the stock price performance of Jiangxi Bank has not escaping the fate of the downward.

On the first day of listing, Jiangxi Bank is launched in the price of HK $ 6.39 / share. At the end of the year, its share price rose to HK $ 7.27 in history. However, after this, Jiangxi Bank's share price has begun to enter the down period, and has fallen to the historical low of HK $ 2.32 in early 2022.

In addition, the penalty of Jiangxi Bank in recent years is also continuous. For 2021, Jiangxi Bank and its branches have received dozens of tickets from the regulators from all over the country, with a total of millions of fines.

In January 202, Jiangxi Bank exposed the fraudulent case, the relevant person in charge was banned by life; in June, Jiangxi Bank received 14 punishments issued by the SMS, involving 7 branches, on the same day. Filled 2.8 million yuan; in September, Jiangxi Bank Yichun Branch violated the service fee was fined 1 million yuan. In addition, Jiangxi Bank also has a credit fund for violation of the real estate or stock market ...

It is worth mentioning that while the non-performing loans of Jiangxi banks are high, the capital adequacy ratio indicators are also declining. According to the data of 2021, as of the end of June 2021, the bad loan rate of Jiangxi Bank was 1.72%, down 0.01% from the end of the previous year, still much higher than the industry average. It is understood that 29 commercial banks in 29 listed cities in the same period were 1.54%.

Related news
"Generation God U" Kirin 810 gets The Linely Group's annual "Best Cell Phone Processor Chip"
I'm highly thankful to you Dr Akhere for all the help you ha
DR. Murugu IS THE BEST SPELL CASTER ONLINE WHO RESTORED MY B
Jiangxi Bank welcomes the new sector, the former is dismissed, and the profit has decline since the listing since the market.
Hot news this week
The developer of the dating app Tinder has reached an agreement with Google over billing rules for its app store
Red Elf Lightning erupts in the Himalayas Spectacular Spectacle: Experts Reveal What Exactly Is This?
The founder of the Internet Quick Hand Su Hua was taken away for investigation, and the fast hand responded: the news was not true
Or for Studio Display Pro, the release of Apple's 27-inch Mini LED-backlit Display has been delayed by October
One picture to understand! Blue Factory has issued 3 new machines in a row: self-developed chip blessing, the narrowest lower border
Huawei and the Chinese Academy of Sciences jointly developed the new 3D DRAM solution is expected to break through the key root technology of storage
Tencent established a smart technology company in Chengdu, and its business scope includes Internet data services
I once touched the ceiling of the mobile phone screen! Well-known brands announced that the new flagship is the first to carry the Snapdragon 8+
Or has it been spread insidiously in Communities in Europe and the United States: Should We Be Worried About Monkeypox? Experts demystify
Economist credit card monthly bill $11.4! Only paying for a purchase of Tencent Music, the account manager is busy "condolences"
The most popular news this week
The key META VR header equipment of the Yuan universe game is accused of patent infringement
Sino -disease control expert: Omikon vaccine has entered the clinical virus evolution and uncertain
The iOS version of the app icon disappears! Alipay high response: Fund safety is not affected
Pinduoduo Q1 revenue of 23.8 billion increased by 7% Technology and agricultural strategy into a dual engine
Musk: Tesla peripheral products can be purchased with Dogecoin
Luo Dayou Sun Yanzi brushed the scenes behind the screen and Tencent began to grab traffic again
Pinduoduo revenue in the first quarter of 23.8 billion increased by 7% year -on -year
Chinese stocks closed mostly up on Friday, Pinduoduo rose more than 15% Kingsoft Cloud rose more than 7%
Expert: Concerns that emojis cause expression to feel less susceptible may be exaggerated
The Changwu B rocket arrives at the Wenchang launch site and will launch the Wentian Experimental Module of the Chinese space station in July