Apple Car acceleration? Apple will work with a number of Korean manufacturers

On January 12, smart car learned that, according to Korean media reports, apple plans to accelerate the Apple  this year; The Car project is expected to be developed in collaboration with a number of South Korean auto parts manufacturers. 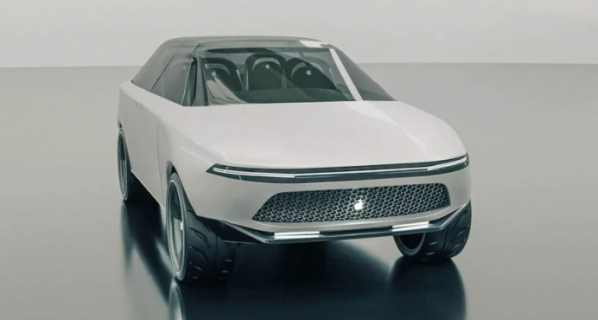 Concept art for the Apple Car

Apple's plans to cooperate with Korean companies have been reported since last year. A few months ago, it was revealed that apple was in talks with a number of Korean ev component makers, as well as discussing ev battery supply with LGEnergySolution and SKOn.

Apple is interested in making an equity investment in a South Korean auto parts maker that it has asked to double its production capacity, according to industry sources. Apple also held discussions with a number of other companies through online conferences.

It is worth mentioning that foreign media recently reported that Apple sought help from Sanelectric, a Japanese air-conditioner company, in 2020 and provided drawings of electric cars to sanelectric.

So far, the Apple Car project has not had an easy time finding partners, and Apple is likely to find them in the supply chain of components on which the iPhone is built.

As for the progress of Apple's car project, it was announced in late 2021 that Apple was accelerating the development of an electric car, and the Apple Car could debut in 2025.

Related news
Apple's new patent exposure: Apple car completely subverts the current car design
Apple will invest a lot of R & D money in Apple Car projects
The new patent shows that Apple car may have its own MagSafe charger alignment system
Maybe we'll see the apple car in nine months
Goldman Sachs: Apple car is good, but the launch of the car has little impact on Investors
Korean media: Apple will invest 4 trillion won to cooperate with Kia on Apple car
Nissan missed Apple car project: differences mainly due to brand issues
Apple Car acceleration? Apple will work with a number of Korean manufacturers
Hot news this week
Monkey acne cases have ranked first in the world that the United States has announced the emergency state of public health
Credit card points rule intensive adjustment online transaction points more "valuable"
High reserves and low cost experts: calcium ion batteries replace lithium batteries to stand up to the daily
Alibaba executives interpret financial results: the focus of the consumer side is no longer to attract new, but to do a good job in stratified operation
Losses in a single quarter of $ 23.4 billion a record, SoftBank did not carry the plunge of technology stocks and the devaluation of the yen
The prevention and control of the American Monkey epidemic has failed. What should I pay attention to?
Sources say Samsung's Galaxy Z Fold4 is going up in price: a 512GB top unit will cost more than 13,000
Is the micro -business headache? WeChat friends are suspected to have a big move: 7 can only be posted a week
Kuaishou launched a self-developed cloud intelligent video processing chip: The chip has been streamed successfully
The new product of Xiaomi MIX is coming: both internal and external dual -screen has been upgraded to make up for the previous generation.
The most popular news this week
Ali's largest shareholder sells 34.5 billion US dollars: completely losing the board seat
Meizu Pandaer Great: All products are reduced by 200 and 30 -containing mobile phone cases, heat dissipation back clamps
Domestic brands killed 5999 yuan folding screen phones this year bucked the trend: up 73%
Xiaomi House clerk was exposed to the official response of customers' mobile phone consumption
The laptop is almost burnt by the fire, but the hard disk data can be restored 500GB per day
China's first law bans mobile phones from schools: including children's phones and watches
The second China-led international standard for unmanned aerial vehicles has been officially released
Microsoft claims that Sony pays the developer to block the blockade to prevent the game from logging in to XGP
Chinese anchor accounts have a total of nearly 140 million, have you rewarded it?
Biden signed a chip and scientific bill, a video call of WeChat iOS internal test suspension window, the advanced CPU caused Win11 to be difficult to use, Huawei new machines enter...