Space missions to look forward to in 2022

Astronomers are ending 2021 on a high note with the December 25 launch of the James Webb Space Telescope, a joint mission of ESA, NASA and the Canadian Space Agency.It was obviously a relief to hear that the sophisticated drive to open the complex sunshade worked perfectly. It is thought to be about the size of a tennis court. 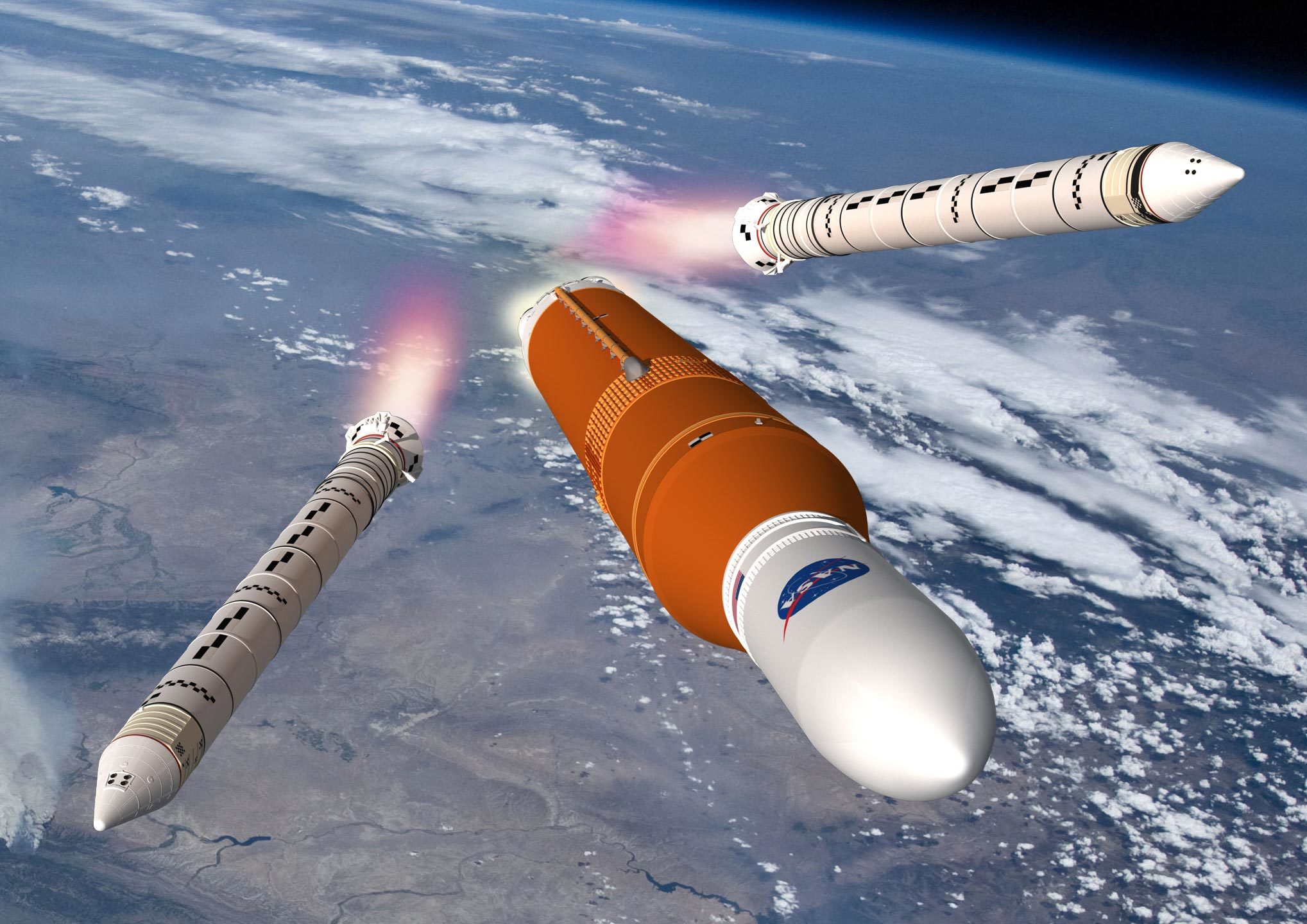 The telescope is now on its way to a destination 1.5 million kilometers from Earth and will begin a series of tests once it arrives in late January. If the mission goes as planned, we can expect to start receiving images from the telescope by mid-2022.

But what else is in space science this year? Here are some tasks to watch. 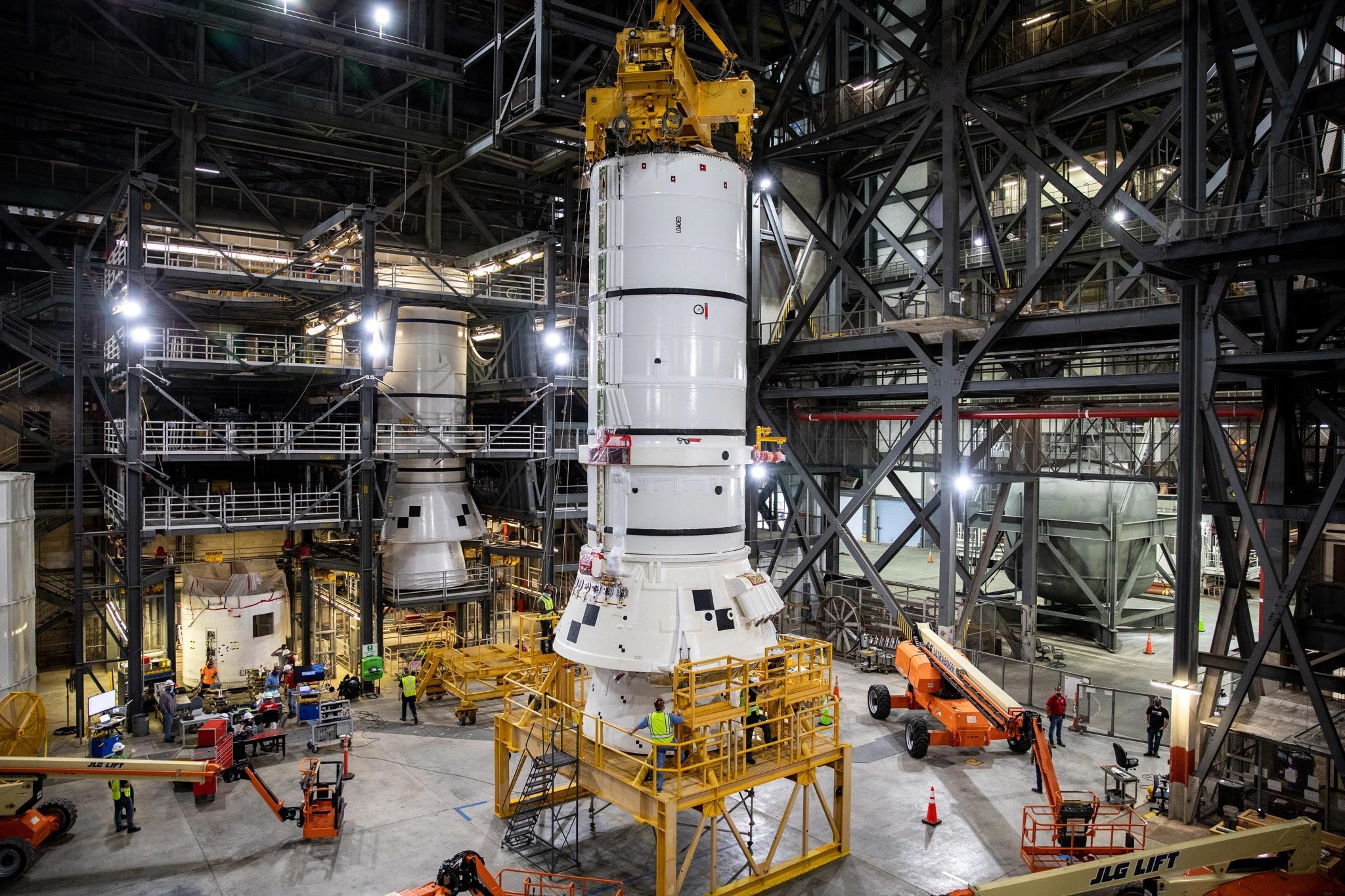 NASA's Artemis program to return human astronauts to the moon by 2024 should begin in 2022. In 1972, the last astronaut to set foot on the moon arrived aboard a Saturn V rocket. Now NASA has created a new generation of rockets, the Space Launch System (SLS), which will be tested for the first time on the Artemis 1 mission in March. It will be a three-week crewless test flight for the Orion spacecraft, including a flyby of 100 kilometers above the moon's surface.

Eventually, the SLS will transport astronauts to the Lunar Gateway, a next-generation international space station that will be placed in orbit around the moon and serve as a staging post for missions to the Lunar surface.

In 2022, the moon will also be a target for other space agencies. South Korea hopes to launch its first Lunar mission, the Korea Pathfinder Lunar Orbiter, from Cape Canaveral in August. Russia's space agency, Roscosmos, plans to launch Luna 25 to the moon's South Pole in July -- 45 years after Luna 24 returned nearly 200 grams of lunar soil in August 1976. 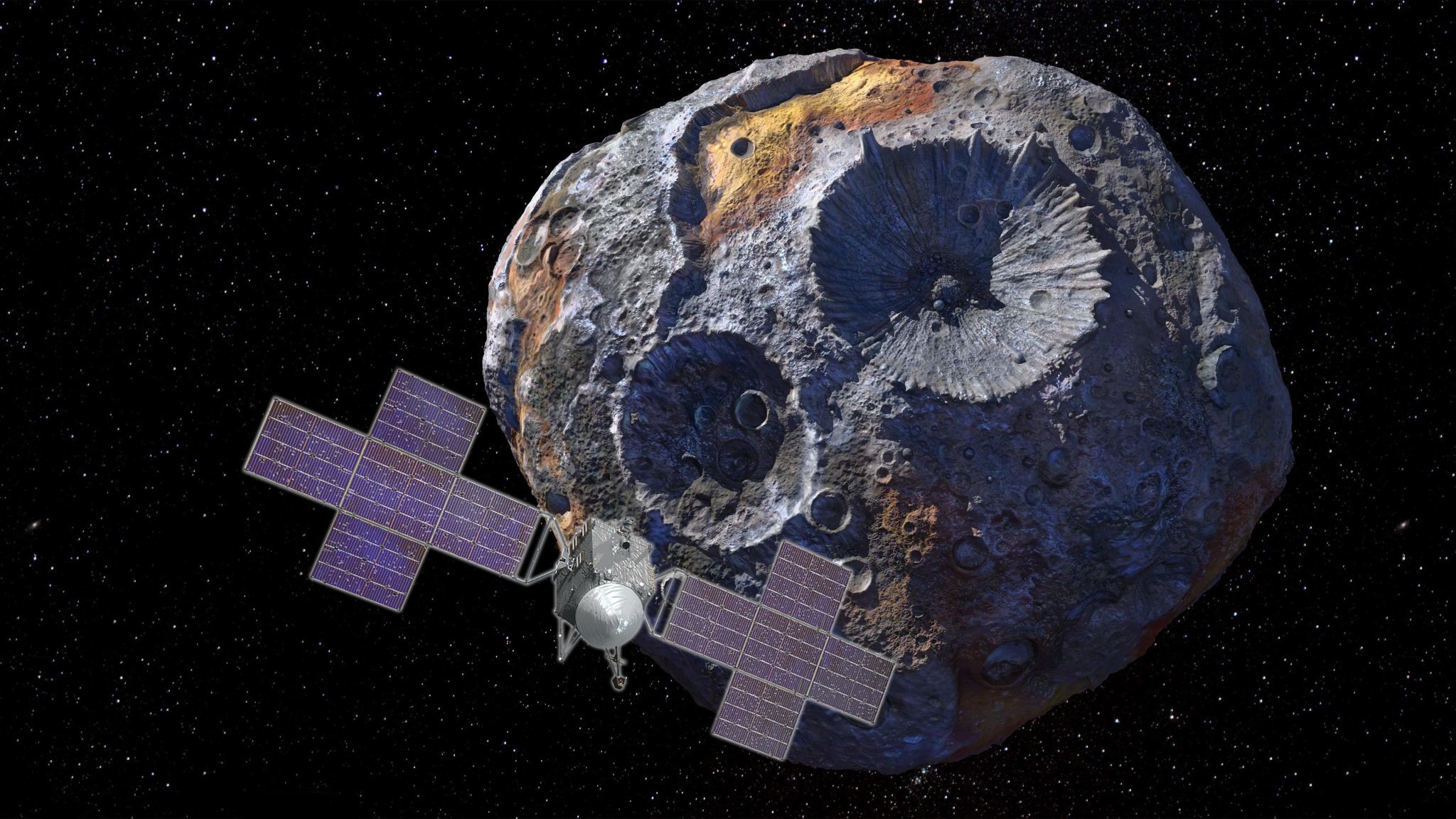 Mid-2022 will be a busy time for space exploration, as NASA will also launch its Psyche asteroid mission. Psyche orbits the sun between Mars and Jupiter. It's an M-class asteroid made of metal, so it's similar to earth's core.

We humans have never been close to an M-class asteroid before and have not been able to study Earth's core because it's too deep, so once this mission arrives in 2026, it should give us a whole new understanding of asteroids and planetary processes. 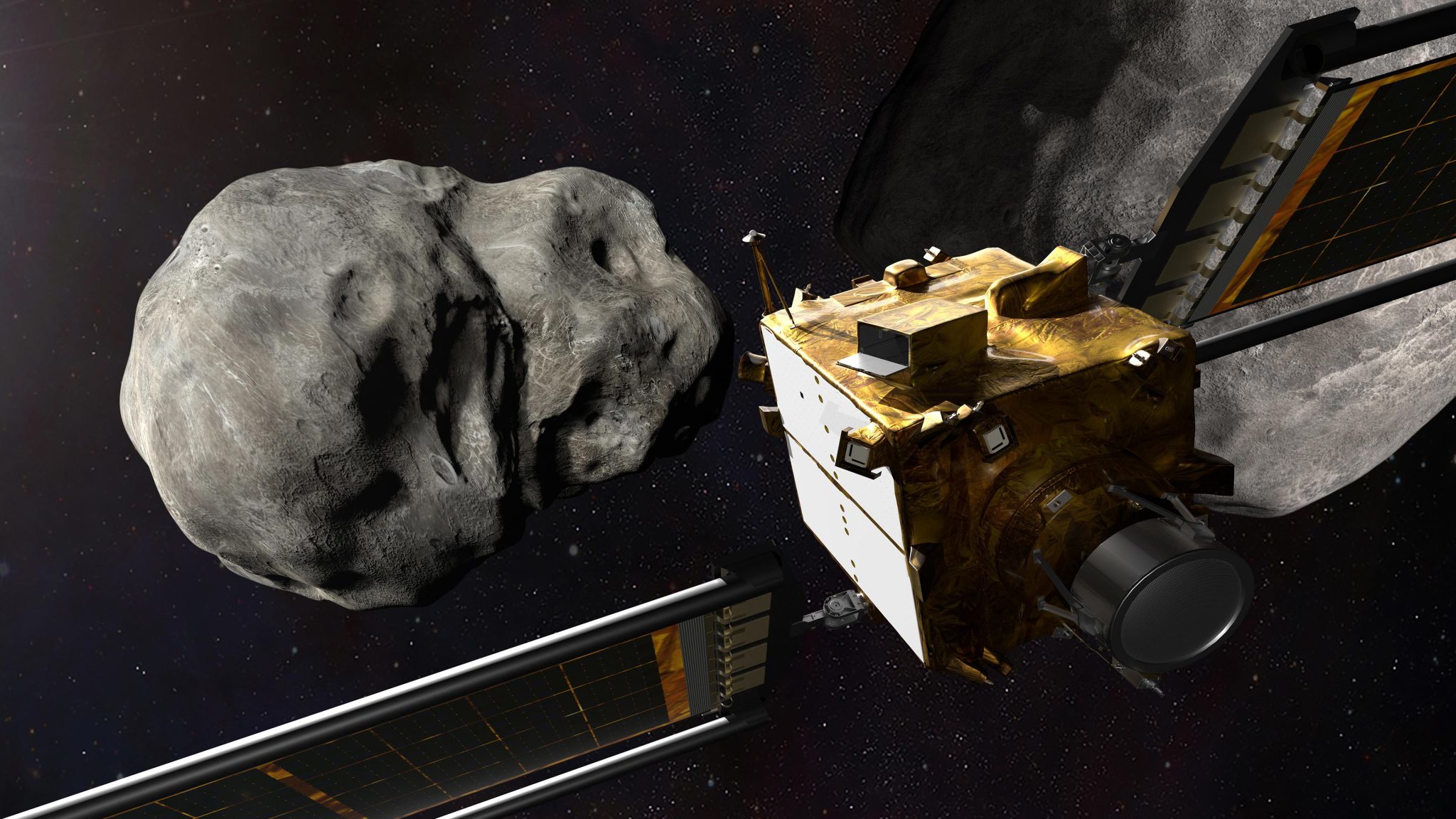 Shortly after Psyche's journey begins, the Dart mission, scheduled to launch in November 2021, should arrive in late September.

Dart-- stands for Double Asteroid Redirection Test -- is on its way to the asteroid Didymos and its tiny moon Dimorphos. The aim is to test what technology will be needed to save earth from asteroids in the future. Dart will deliberately crash into Dimorphos, the smaller of the two objects, to bring its orbit slightly closer to the larger Didymos. This could provide valuable insights into how to deflect any asteroids that collide with Earth in the future. 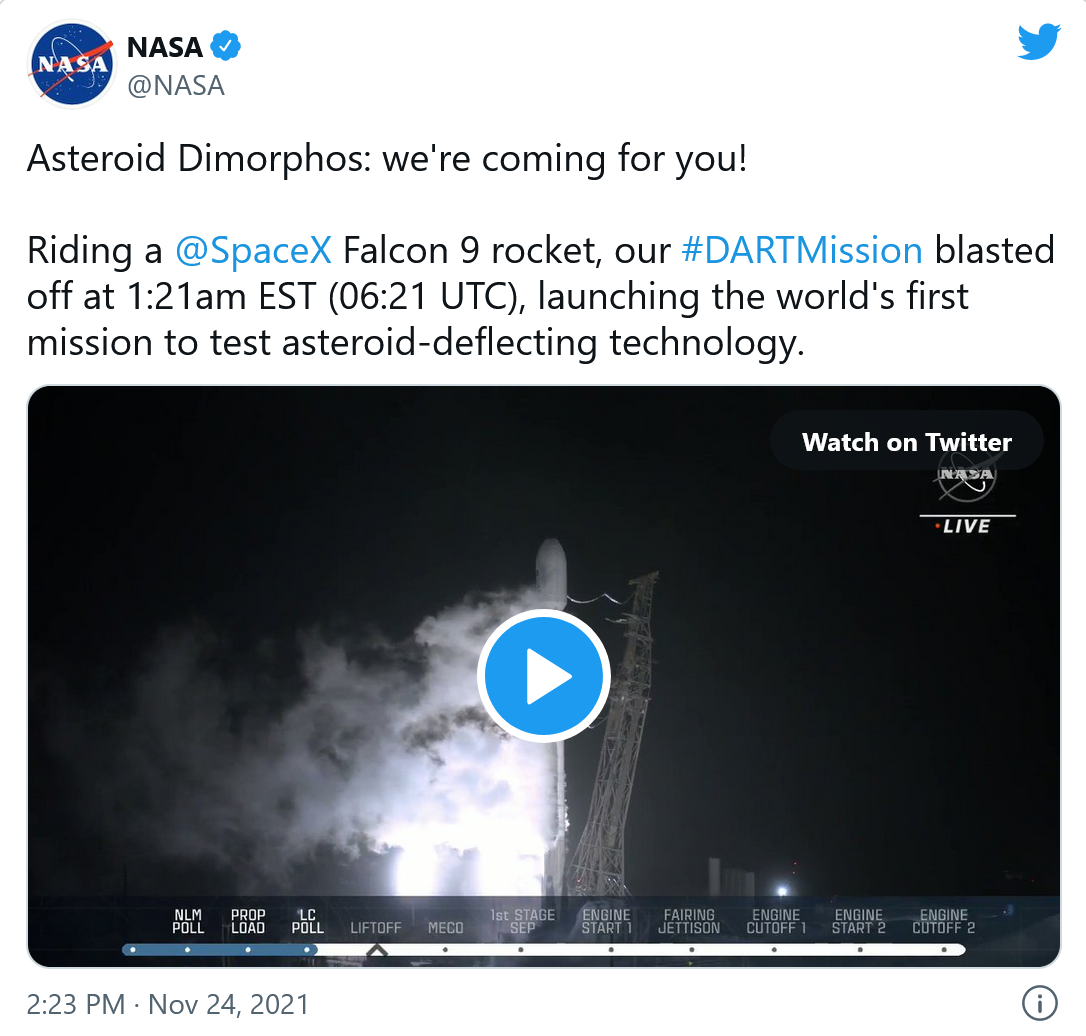 2021 was a busy year for Mars missions, with NASA's Perseverance and China's Zhurong probes both continuing to send back incredible images and data from the red Planet's surface.

In September 2022, ESA will collaborate with the Russian Space Agency roscosmos, which will launch the next part of its ExoMars mission. The first part of the mission, ExoMars 2016, sent a Trace Gas Orbiter into orbit around Mars in late 2016.

ExoMars 2022 plans to send a rover --Rosalind Franklin-- to the surface of Mars to look for signs of past life. If the launch goes as planned, we'll have to wait until 2023 for ExoMars to arrive and allow the rover to start roaming the surface of Mars.

All in all, 2022 looks like a very exciting and supposedly fruitful period of space exploration.

Related news
Deep net|Successful launch of the thousand-day one. How far is China's commercial space flight from Space X?
Samsung's new space display on the shelf to save players from cervical spondylosis?
NASA chooses Axiom Space to provide the ISS's commercial residence module module
Space X delayed the launch of 60 satellite chains again due to hardware problems
In five years, can we really wait for China's space X?
Apple co-founder Steve Wozniak has announced the creation of a Space company called Privateer Space
Hot news this week
Zhao Lijian responded to the British "blocking" Huawei: generalizing the concept of national security harms others and harms themselves
Zhao lijian said the UK's decision to block Huawei under PRESSURE from the US was damaging others and not benefiting itself
Tencent web drama "Beginning" Douban opening score 8.2: the male protagonist's mobile phone has become a highlight!
AsiaInfo Technology Announces Acquisition of iResearch Consulting to continue to increase digital operations and digital and intelligent transformation
Samsung's new notebook patent publication: the keyboard is divided into two-quarters after two folds.
Canon China plans to close some production lines in Zhuhai in response to the zhuhai company's suspension of production
Breakthrough: Chinese scientists have discovered and confirmed the boson exotic metal for the first time
Volkswagen's sales in China plummeted, a record low in 8 years! The CEO revealed the reason for the helplessness
The country's first artificial brush interference search engine calculation bill sentenced Baidu to pay 2 million yuan
Only 2 decisive headphones Class A Certification of the Ministry of Industry and Information Technology? Perhaps it is misunderstanding
The most popular news this week
Have giant to march private equity circle again! Huawei formally set up the Hubble investment, directly refers to the chip "stuck neck" technology
Some people have a health code to turn yellow, clearly: receiving this courier to make a nucleic acid immediately
Baidu Maps pushes immersive navigation: Chongqing 3D navigation is coming
Tesla insisted not advertising
145 yuan of apple polished cloth grown? Official teach you how to clean
IDC: Nearly 20% of IoT systems are expected to support AI by 2024
Insurance premium inventory of listed insurance companies: auto insurance business is "turning point", life insurance to achieve positive growth
Comac vice President: The first homegrown large aircraft, the C919, is expected to be delivered this year
131,000 needles, another sky-high drug into China
Thousands of people resign NetEase game planning follow-up Harry Potter mobile game official apology