IT Home January 12 news, Samsung semiconductor was announced on December 30, 2021, will release the next generation of Exynos processors on January 11, 2022, equipped with AMD RDNA2 architecture GPU, and play the game experience. 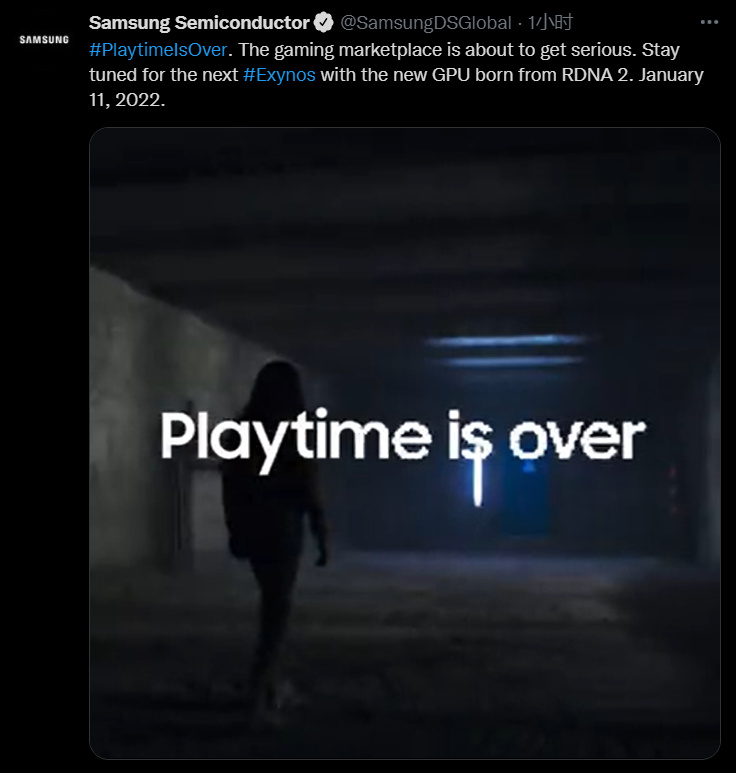 However, time has reached January 12, 2022, Samsung still did not release the processor. In addition, the home of the IT found that Samsung semiconductor programs have deleted the propelion, as if everything did not happen, Samsung official did not give an explanation. 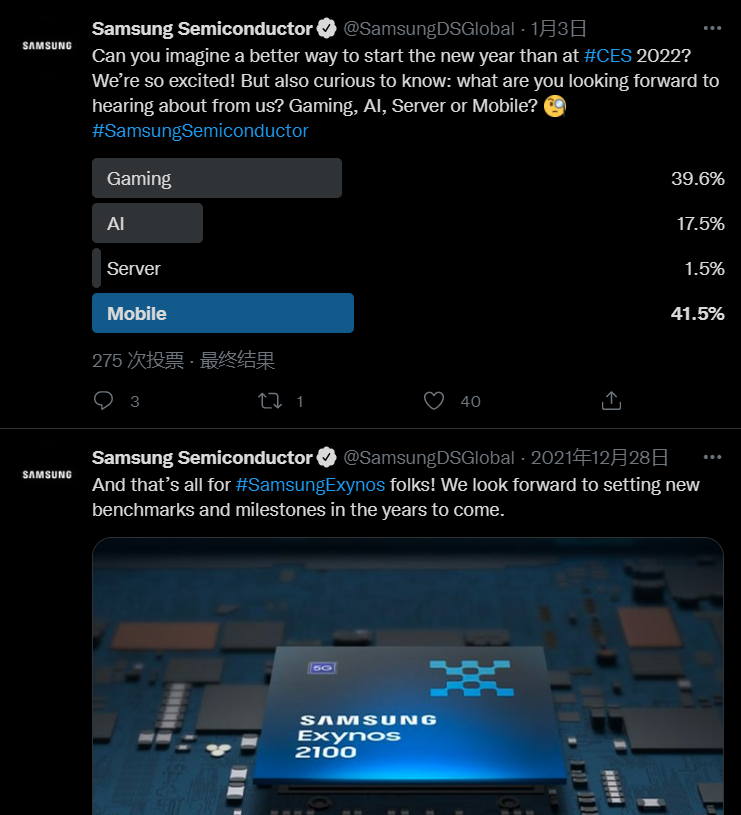 According to the Korean media, Samsung will release the Galaxy S22 series on February 8. The machine will be equipped with an Exynos 2200 processor, so that EXYNOS 2200 is released even later.

In addition, the brokerage ice cockroach also said that the release of Exynos 2200 is postponed, and it is implicit that there are many things in the Samsung semiconductor, and Exynos 1200 is postponed.

IT's home understands that the next generation of Exynos 2200 chips use ARMV9 architectures, and the performance improvements in GPU is not small, expected to be mounted in the Galaxy S22 series.

According to the Korean website clien broke the news, the GPU code "Voyager" of Exynos 2200 will integrate 6 Cu with a total of 1.31GHz.