Gregory Bryant took to Twitter today to say goodbye to Intel, Posting pictures from his past. 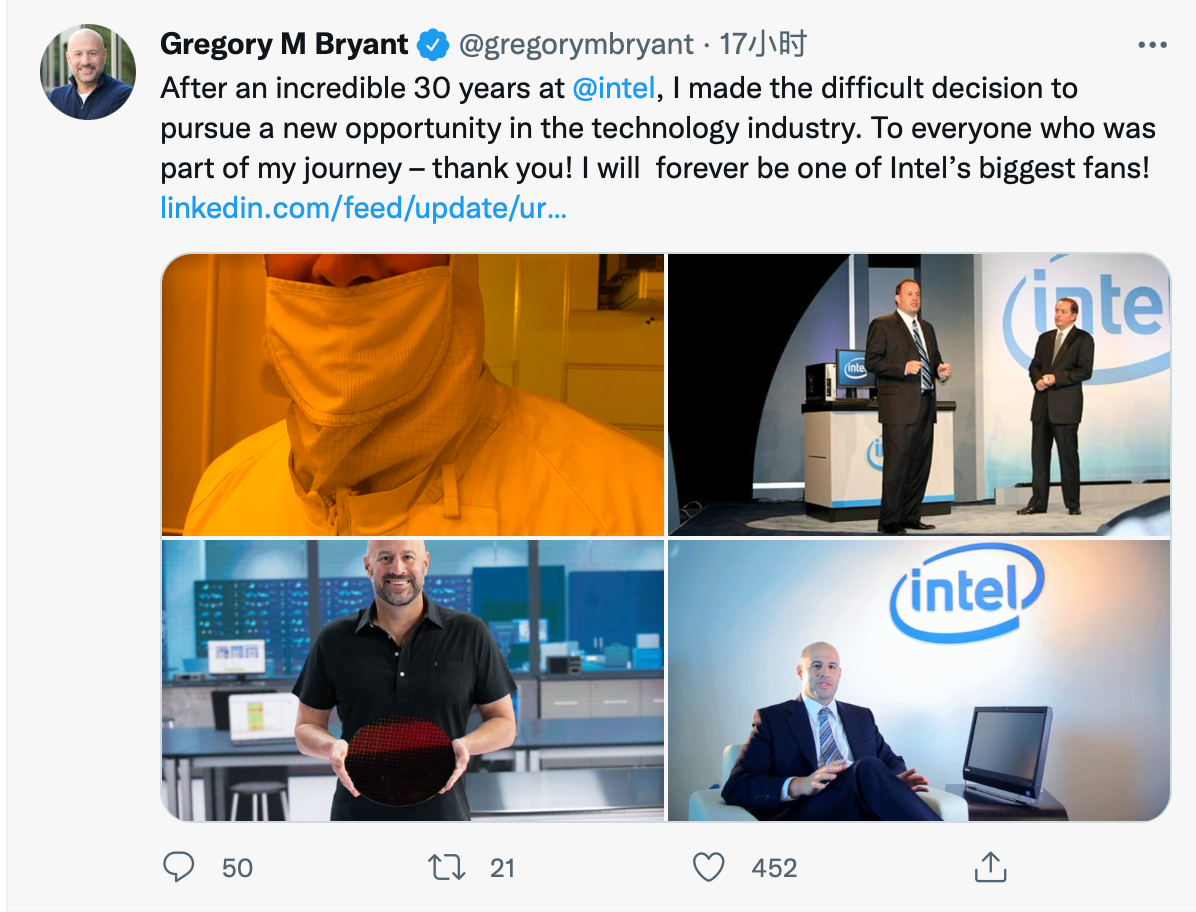 "After 30 incredible years at Intel, I have made the difficult decision to pursue new opportunities in the technology industry," Gregory Bryant said. Thanks to those who have been with me on this journey, I will always be one of Intel's biggest fans." 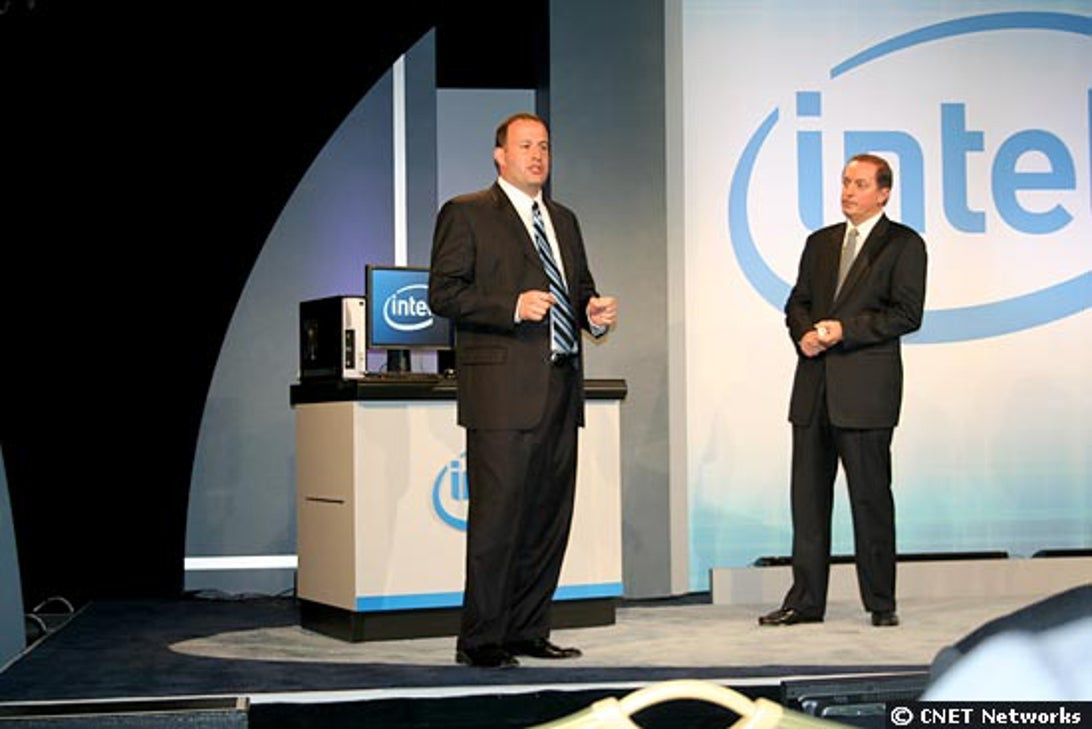 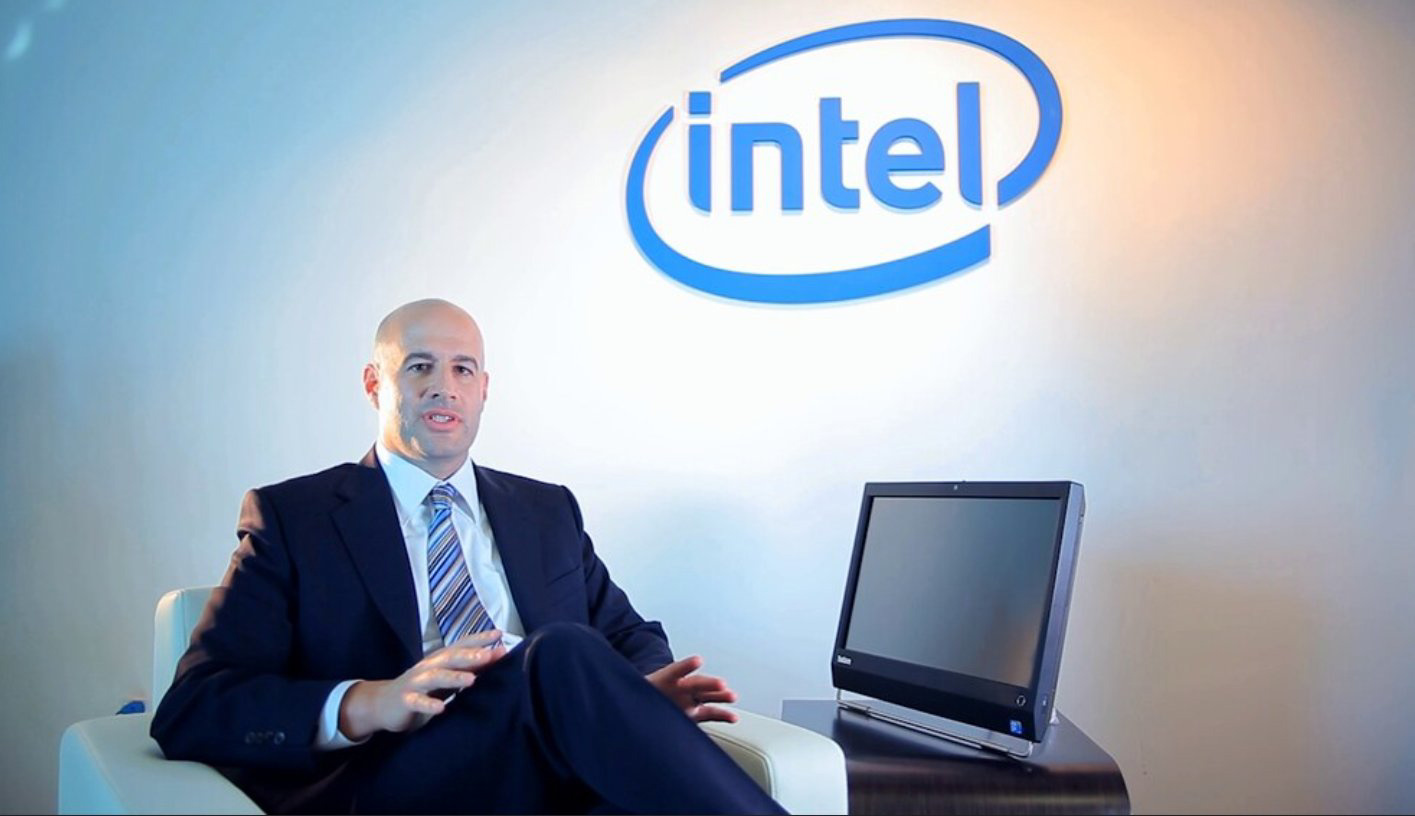 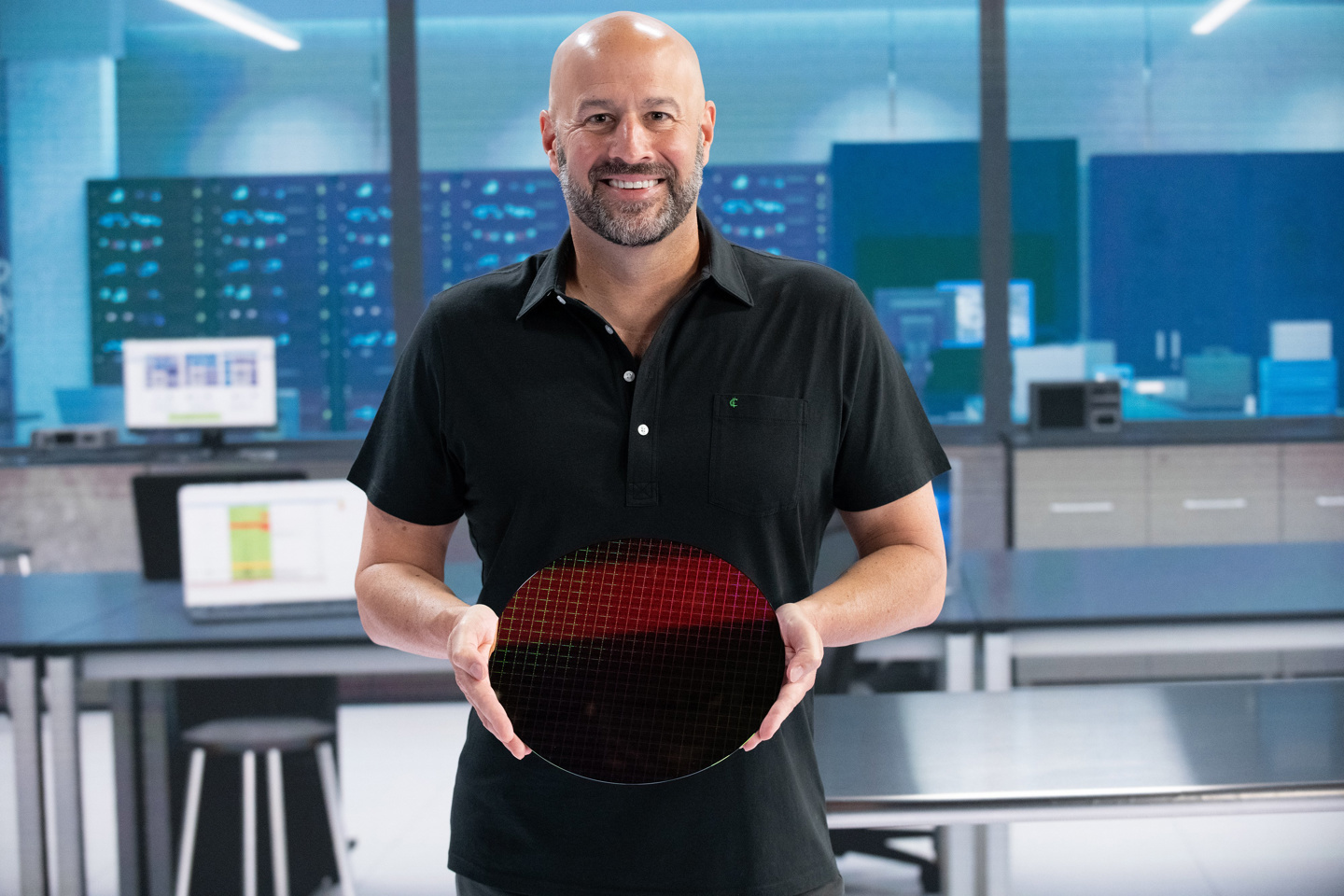 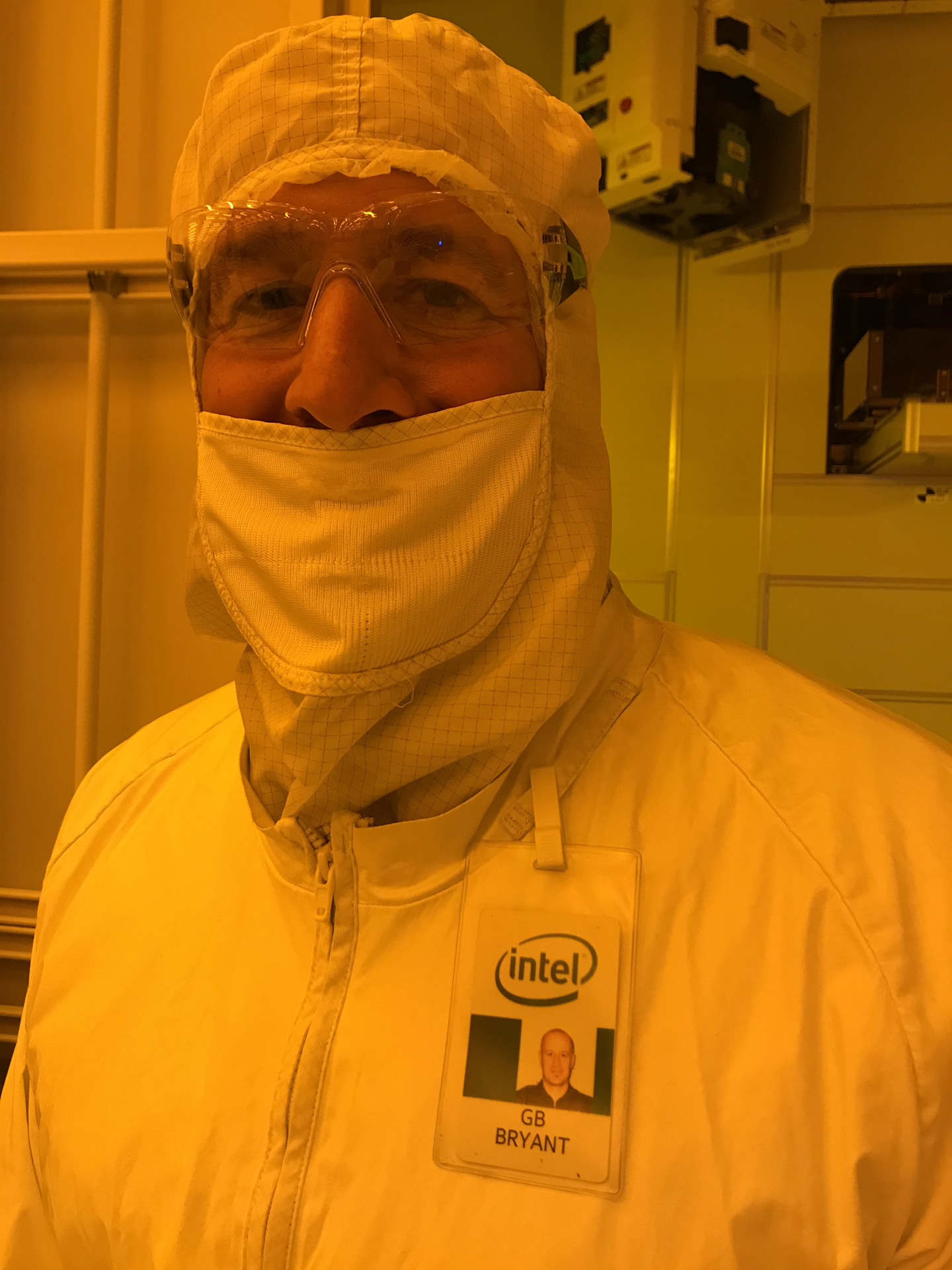 IT Home has learned that Gregory Bryant will be leaving Intel corp. at the end of January to pursue new opportunities. Since joining Intel in 1992, Gregory Bryant has held a number of positions, including most recently as General Manager of the Client Computing Group and previously as General Manager of Intel's Asia Pacific and Japan regions. He led the team responsible for co-designing and delivering Intel's consumer and business PC platforms, including the Intel Evo and Intel Burry platforms.

Related news
Intel Retired Skylake-X 18 Core Core i9-7980XE Goodbye
Intel introduces the Lakefield processor used in Surface Neo double screen.
Gregory kurtzer sets up Ctrl IQ to raise more money for rocky Linux
30-year veteran Gregory Bryant says goodbye to Intel
Hot news this week
The developer of the dating app Tinder has reached an agreement with Google over billing rules for its app store
Red Elf Lightning erupts in the Himalayas Spectacular Spectacle: Experts Reveal What Exactly Is This?
The founder of the Internet Quick Hand Su Hua was taken away for investigation, and the fast hand responded: the news was not true
Or for Studio Display Pro, the release of Apple's 27-inch Mini LED-backlit Display has been delayed by October
One picture to understand! Blue Factory has issued 3 new machines in a row: self-developed chip blessing, the narrowest lower border
Huawei and the Chinese Academy of Sciences jointly developed the new 3D DRAM solution is expected to break through the key root technology of storage
Tencent established a smart technology company in Chengdu, and its business scope includes Internet data services
I once touched the ceiling of the mobile phone screen! Well-known brands announced that the new flagship is the first to carry the Snapdragon 8+
Or has it been spread insidiously in Communities in Europe and the United States: Should We Be Worried About Monkeypox? Experts demystify
Economist credit card monthly bill $11.4! Only paying for a purchase of Tencent Music, the account manager is busy "condolences"
The most popular news this week
Pinduoduo Q1 revenue of 23.8 billion increased by 7% Technology and agricultural strategy into a dual engine
Musk: Tesla peripheral products can be purchased with Dogecoin
Luo Dayou Sun Yanzi brushed the scenes behind the screen and Tencent began to grab traffic again
Pinduoduo revenue in the first quarter of 23.8 billion increased by 7% year -on -year
Chinese stocks closed mostly up on Friday, Pinduoduo rose more than 15% Kingsoft Cloud rose more than 7%
Expert: Concerns that emojis cause expression to feel less susceptible may be exaggerated
The Changwu B rocket arrives at the Wenchang launch site and will launch the Wentian Experimental Module of the Chinese space station in July
The DuckDuckGo browser was found to have quietly allowed Microsoft to track it
Pinduoduo released the first quarter report, with a revenue of 23.8 billion yuan, starting the technology flow
Can air disinfection stick kill 99.9%coronary virus? Experts: Several levels of concentration are different