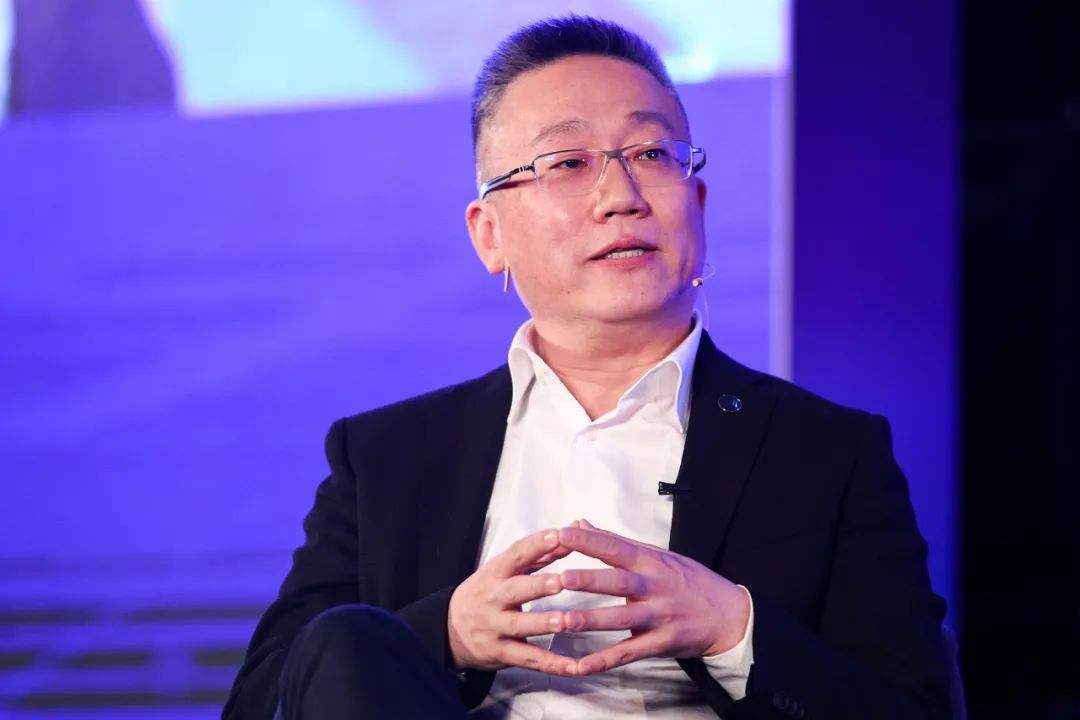 Titanium media Note: "Pathway 2022" is the topic of titanium media year-end planning, inviting TOP entrepreneurship leaders in various industries to review the industry changes and enterprise growth in the past year, while talking about new logic, looking forward to 2022. This article is Zoho China President Hou Corning Dialogue Titanium Media App "Pathway 2022" column, the following is Hou Kangning's future outlook on the industry。

In terms of market penetration, it reflects a breakthrough in leapfrog. As of November, the new energy vehicle has increased significantly from 5.3% in 2020 to 13.9% from 2020, the growth rate is 162%. Among them, in November, the retail penetration rate of domestic new energy passenger cars was more than 20%, reaching 20.8%.

I personally think that the most valuable decision is the "Science and Technology Pley" vision we have established at the beginning of Weima, that is, put the frontier technology is praised by the people, so that everyone can have "bought, it is cool" Smart electric vehicle. At present, China's new energy cars are accelerating infiltration, and the mainstream market will usher in new outbreaks. This is the opportunity of Weima, and the home advantage of China's brand. Last year, we have achieved a new breakthrough in many ways around this vision.

Outlook 2022, the mainstream market will usher in a new round of outbreak

Under carbon-up peaks, dual carbon actions, new energy vehicles will accelerate, market structure will accelerate from current "dumbbell type" to "spindle", that is, the mainstream market will usher in a new round of outbreaks. For the company, it means that the new round of brand development and market growth opportunities are coming. Wima as the only intelligent pure electric forces that focus on 15-250,000 yuan in the middle market, and there is a first advantage in accelerated "spindle type".

Entering the era of intelligent electric vehicles, and the car logic has undergone essential changes. The industry is generally considered that the software defines the auto era. Weima's thinking is that the competition in the future market will be more intense, continue to pay attention to user needs, and constantly improve user service and operational ability is the core of competitiveness. Based on the above philosophy, Weima strategy proposes "user-defined automobile", and adheres to the "scientific and technological praise" concept. In the mainstream electric market, SUV + sedan layout is formed, "the user builds" safe and reliable, quality, excellent experience, reasonable "intelligence Travel products and services.

Weima W6 is the first mass production model based on the "User-Defined Auto" concept. It is the first to implement the production model of SOA technology applications, and the development of scene programming features, allowing users to have the most fun. Scene programming intelligent experience. In the second half of next year, Weima cars will officially launch a full-time smart pure electric car - Weim M7, is the first full-time smart mobile space in Weima, which represents the new intelligent product development concept of Weima.

Related news
Gu Geyun's purchase price of cornerstone technology is unknown
Google cloud has acquired cornerstone technology and the price has not been disclosed
Weima Auto Chairman Shen Hui: Put the Frontier Technology Popularity in Consumers | Path 2022
Hot news this week
ByteDance invested in Sequencing Technology, which is an AI industrial SaaS software service provider
It's hard to escape the monopoly sanctions American court dismissed Facebook against FTC counterattack
Former search president of Baidu xiang Hailong joins Transsion The company that sells mobile phones wants to do more Internet
2021 Global Patent List Released: Huawei ranked fourth in the top five in the world in the United States
Jiangxi Bank welcomes the new sector, the former is dismissed, and the profit has decline since the listing since the market.
The Shanghai Astronomical Observatory found a case of a galaxy "escaping" 12.1 billion light-years away
Rewrite history! The largest acquisition in the game industry was finalized: 80.9 billion yuan exceeded Tencent's record
Ma huateng: Tencent is just an ordinary company that can be replaced at any time
Enterprise WeChat active users reached 180 million The new version is connected with the video number
Lanzhou Bank was abandoned to buy 12.85 million yuan, and the first issuance was "broken", still 4 times more expensive than its peers
The most popular news this week
Tesla is still a "fragrant feast" The four Indian states invited him to set up a factory in the local area
Reduce dependence on China? Tesla gets key battery materials from Mozambique
Lei Jun suggests that Xiaomi 12 series is about white
Netizens opened the Xiaomi router 4 four years ago: I found "ARE YOU OK!!!"
A hardware conference, why talk about software but more time?
The chip is comparable to the Mac, the computing power exceeds the iPhone, and the Apple AR/VR headset is really so strong?
Can working in the metasverse be more productive? Lenovo's Huang jianheng: There are also complex technical challenges
Cait: it is not recommended to take quarantine measures directly for travel card users with asterisks
Zhao lijian said the UK's decision to block Huawei under PRESSURE from the US was damaging others and not benefiting itself
Zhao Lijian responded to the British "blocking" Huawei: generalizing the concept of national security harms others and harms themselves