Lu Weibing, president of Xiaomi Group China and general manager of the Redmi brand, forwarded a Weibo post by Wang Teng yesterday afternoon, the tail of which was displayed as "Xiaomi mobile phone".

Previously, Lu Weibing himself used the Xiaomi Mi 12 Pro, and the new mobile phone replaced this time may be the Redmi K50 series to be released next month. 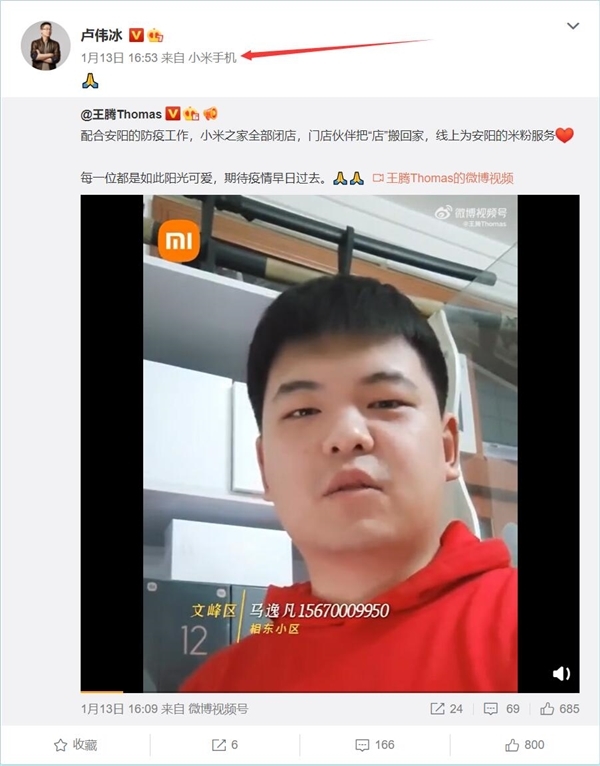 According to the news, the model to be released next month is the Redmi K50 e-sports edition, which is equipped with a Qualcomm Snapdragon 8 flagship processor, with a battery capacity of 4700mAh, supports 120W seconds to charge, and can be charged to 100% in 17 minutes.

More importantly, the Redmi K50 e-sports edition adopts a dual VC cooling system, a simple analogy is to put two air conditioners, to challenge the "coldest Snapdragon 8", its heat dissipation performance is worth looking forward to. 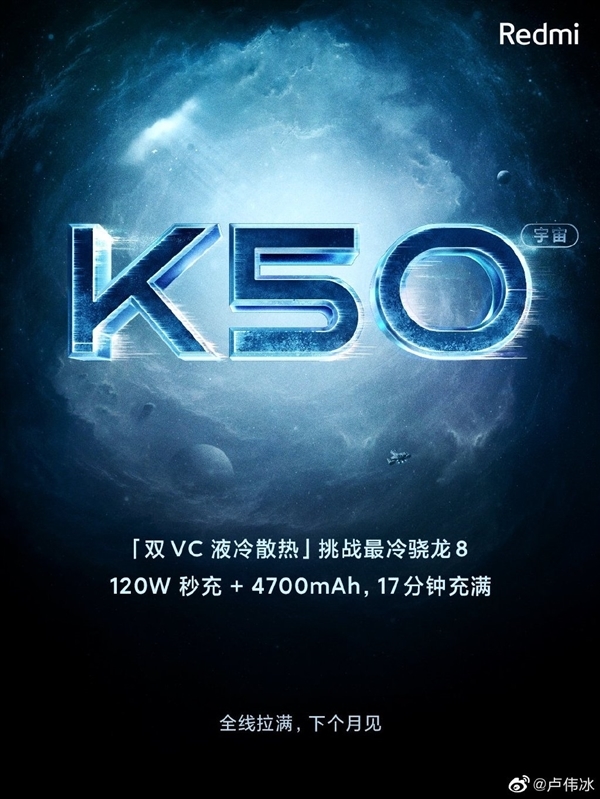